Hackney in Greater London (England) is a place in United Kingdom a little north-east of London, the country's capital city.

Current time in Hackney is now 07:31 AM (Friday). The local timezone is named Europe / London with an UTC offset of zero hours. We know of 8 airports near Hackney, of which 5 are larger airports. The closest airport in United Kingdom is London City Airport in a distance of 5 mi (or 9 km), South-East. Besides the airports, there are other travel options available (check left side).

There are several Unesco world heritage sites nearby. The closest heritage site in United Kingdom is Tower of London in a distance of 6 mi (or 10 km), South-East. Also, if you like playing golf, there are a few options in driving distance. We encountered 4 points of interest in the vicinity of this place. If you need a hotel, we compiled a list of available hotels close to the map centre further down the page.

While being here, you might want to pay a visit to some of the following locations: Walthamstow, Poplar, Islington, City of London and Wood Green. To further explore this place, just scroll down and browse the available info. 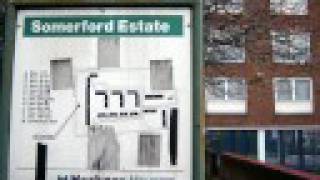 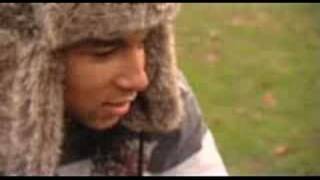 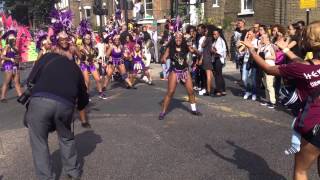 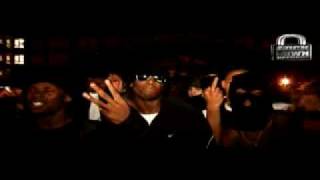 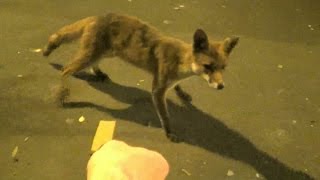 Pulled a trap of this foxes tail one night, it's been my friend ever since. (Of course feeding him had nothing to do with it trusting me) Copyright - Ian Phillips. 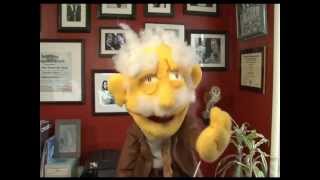 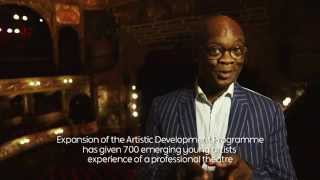 What does the Hackney Empire mean to you?

Comedian Eddie Nestor told us what the Hackney Empire means to him. Not many people know that we're actually a charity, and every pound that we raise gets spent improving what we do. But... 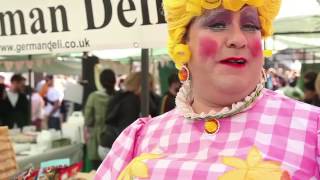 A new dame in Hackney

Subscribe to our channel for new videos! www.youtube.com/thehackneyempire Introducing our new dame, Sarah the Cook. See what she got up to on her trip around Hackney's markets. 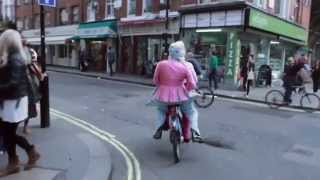 Subscribe to our channel for new videos! www.youtube.com/thehackneyempire You can take the girls out of Hackney, but you can't take Hackney out of these girls... http://www.hackneyempire.co.uk/ci... 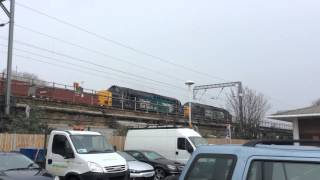 Located at 51.5451, -0.0564 (Lat. / Lng.), about 0 miles away.
Wikipedia Article
Metropolitan boroughs of the County of London, History of Hackney, 1900 establishments in the United Kingdom, 1965 disestablishments, Districts abolished by the London Government Act 1963

Hackney was a parish in the historic county of Middlesex. The parish church of St John-at-Hackney was built in 1789, replacing the nearby former 16th century parish church dedicated to St Augustine (pulled down in 1798). The original tower of that church was retained to hold the bells until the new church could be strengthened; the bells were finally removed to the new St John's in 1854. See details of other, more modern, churches within the original parish boundaries below.

St Augustine's Tower stands in St John's Church Gardens, in Hackney Central, in the London Borough of Hackney, just off the southern end of the Narrow Way (formerly Church Street). It is all that remains of the early 16th century parish church of Hackney of St Augustine, which replaced the 13th century medieval church founded by the Knights of St John. The Tower comprises four stages beneath a restored parapet with diagonal buttressing.

Located at 51.5478, -0.0547444 (Lat. / Lng.), about 0 miles away.
Wikipedia Article
Grade I listed churches in London, Buildings and structures in Hackney, History of Hackney, Churches in Hackney

Sutton Place, is a small street in the London Borough of Hackney. It links Homerton High Street with St John's Church Gardens, in Hackney. The Georgian terrace of 1790–1806, is Grade II listed as a whole, together with the villas on the north side of the street which date from 1820, and is sited in the conservation area around the gardens of St John-at-Hackney. The street replaced Church Path, an historic path connecting the villages of Homerton and Hackney.

The A107 is an A road in London, England. It runs from Whitechapel to Hackney. Known as Mare Street for much of its length, it crosses the Regent's Canal near the Ash Grove Bus Garage.

The Clapton Square Conservation Area, Hackney, was designated in 1969 and extended in 1991 & 2000. It is protected by Acts of Parliament as a London Square. It is dominated by the Church of St John-at-Hackney built in 1792-97, and St John’s Gardens. Its made up of listed late Georgian terraces on Clapton Square. More of these terraces can be found on the south side of Sutton Place (once home to Colin Firth) and pairs of early mid-nineteenth century houses to the north.

The Church of St John-at-Hackney is situated in the London Borough of Hackney. It was built in 1792, in an open field, north east of Hackney's medieval parish church, of which only St Augustine's Tower remains. Separated by the southern extension of Lower Clapton Road, it looks north to the late Georgian Clapton Square.

Chatham is a ward in the London Borough of Hackney and forms part of the Hackney South and Shoreditch constituency. The ward returns three councillors to Borough Council, with an election every four years. At the last local election on 6 May 2010, Luke Akehurst, Sally Mulready, and Guy Nicholson, all Labour Party candidates, were returned. Turnout was 54%; with 4,771 votes cast. In 2001, Chatham ward had a total population of 10,722.

Clapton Pond is a pond and garden, located in Hackney, east London. The name ‘Clapton’ or ‘farm on the hill’ is derived from the Old English words ‘clop’, meaning a lump or hill, and ‘ton’, meaning a farm. For centuries the land was owned by the Bishops of London, and occupied by tenant farmers who grew hay and food for the City of London. The villages of Lower and Upper Clapton lay on either side of Clapton Lane, which later became the Lower and Upper Clapton Roads.

The Urswick School (formerly Hackney Free and Parochial Church of England Secondary School) is a voluntary aided, mixed 11-16, Church of England secondary school located in the London Borough of Hackney, England. There are around 750 pupils on roll.

Located at 51.5444, -0.0541 (Lat. / Lng.), about 0 miles away.
Wikipedia Article
Comprehensive schools in Hackney, Sports Colleges in England, Secondary schools in the Anglican Diocese of London

These districts belong to Hackney.

These are districts that are close by, but belong to a different city than Hackney.

These are some bigger and more relevant cities in the wider vivinity of Hackney.