Seven Sisters in Greater London (England) is a town located in United Kingdom a little north-east of London, the country's capital town.

Time in Seven Sisters is now 11:06 PM (Wednesday). The local timezone is named Europe / London with an UTC offset of zero hours. We know of 8 airports closer to Seven Sisters, of which 5 are larger airports. The closest airport in United Kingdom is London City Airport in a distance of 8 mi (or 12 km), South-East. Besides the airports, there are other travel options available (check left side).

There are several Unesco world heritage sites nearby. The closest heritage site in United Kingdom is Tower of London in a distance of 8 mi (or 13 km), South-East. Also, if you like the game of golf, there are some options within driving distance. We saw 4 points of interest near this location. In need of a room? We compiled a list of available hotels close to the map centre further down the page.

Since you are here already, you might want to pay a visit to some of the following locations: Hackney, Wood Green, Walthamstow, Islington and Enfield Town. To further explore this place, just scroll down and browse the available info. 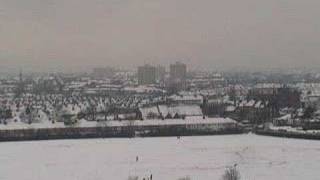 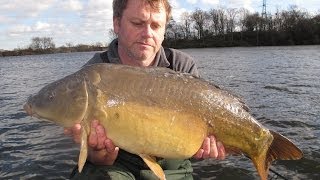 This is a video filmed on Walthamstow No1 Reservoir on Saturday 1st February 2014. We had a good session catching 13 carp between the three of us up to 20lb 10oz. Carl Pashley Thomas Pashley... 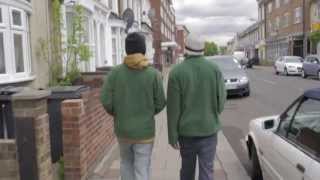 Living Under One Sun - Doors

In the cold winter of 2013, in Tottenham, London, a team of thirteen local residents were trained and employed by Living Under One Sun, supported by LB Haringey, to door knock 10000 homes... 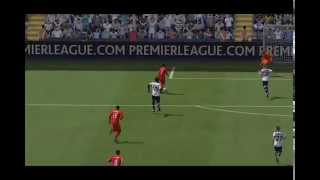 Steven Gerrard rocket against Spurs in FIFA14 on PS4

The best goal I have scored on FIFA, with the best player - Gerrard. 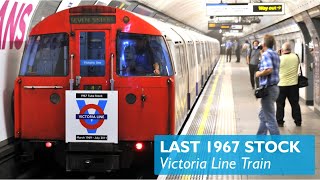 After 43 years in service the '67 stock Victoria Line trains are being replaced. 30th June 2011 was the last scheduled serviced, for two trips between Seven Sisters and Brixton. So we dispatched...

Following a freight train derailment at Camden Road Station on the North London Line, a majority of freight trains were diverted along the Gospel Oak - Barking Line from Stratford to Gospel... 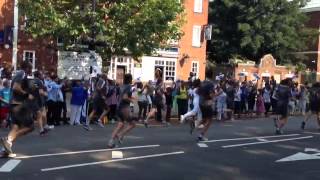 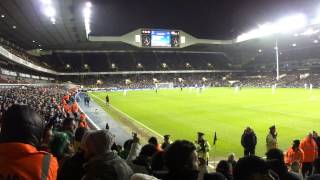 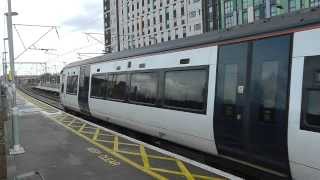 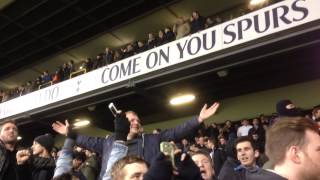 West Ham fans celebrate after the game, coming back from 1-0 down to win 2-1 away at Tottenham in the Capital One Cup.

The Markfield Beam Engine is a 100 horsepower beam pumping engine, built in 1886 to transfer sewage from the Middlesex district of Tottenham into the London system for treatment at the Beckton works. The engine is housed in a Grade II listed building, "Engine House No. 2", and, having been restored to working order, the engine is the main feature of Markfield Museum. The museum is sited on the northern edge of Markfield Park, a large public open space.

South Tottenham is an area of the London Borough of Haringey, North London.

Tottenham was a local government district in north east Middlesex from 1850 to 1965. It was part of the London postal district and Metropolitan Police District. In 1850 a local board of health was established for the civil parish of Tottenham and in 1875 the local board became an urban sanitary authority, without change of name. The ancient parish had included Wood Green and in 1888 the district was divided, with Wood Green gaining its own local board.

Bruce Grove is a ward in Tottenham, enclosed by Lordship Recreation Ground, Lordship Lane, Philip Lane, and the High Road. The Bruce Grove area of the Tottenham High Road has received a £1m grant from the Heritage Lottery Fund to restore the historic Victorian and Edwardian buildings to their original grandeur under the Bruce Grove Townscape Heritage Initiative (THI) project. Nearby Bruce Castle was named after Robert the Bruce of Scottish history.

St Ann's Road railway station was opened by the Tottenham & Hampstead Junction Railway on 2 October 1882. It was at the corner of St Ann's Road and Seven Sisters Road in N15, in south west Tottenham, London. It comprised two wooden platforms, accessed by a footbridge and stairs, and a brick building.

For 94 years 415-419 High Road Tottenham, London, N17 was a leading North London entertainment venue. The building started life as a roller skating rink in 1910 but the following year was refitted as the Canadian Rink Cinema. In 1925 it was converted into a dance hall known as the Tottenham Palais and became a popular jazz venue.

The College of Haringey, Enfield and North East London

Located at 51.5862, -0.0723 (Lat. / Lng.), about 0 miles away.
Wikipedia Article, Homepage
Further education colleges in London, Education in Enfield, Education in Haringey, Educational institutions established in 2009, 2009 in London, 2009 establishments in England

The Tottenham Outrage is the name given to an armed robbery and double murder which took place in Tottenham, Middlesex and Walthamstow, Essex, on 23 January 1909, which was carried out by two anarchists, Paul Helfeld and Jacob Lepidus (sometimes spelt Lapidus), both Jewish immigrants from the Russian Empire. The "Outrage" became a cause célèbre in Edwardian London, with the route of the murdered policeman's funeral cortège being lined by a crowd of half a million people.

The Bernie Grant Arts Centre (BGAC) is a £15 million purpose-built multi-arts centre, which includes a 274-seat auditorium, studio/rehearsal space, café/bar, enterprise centre and open spaces. It is located next to the Town Hall in Tottenham, North London. The centre was designed by David Adjaye and opened in September 2007.

Brook Street Chapel is a nondenominational church building in Tottenham, North London. The building was constructed for use as a meeting place for local Christians affiliated with the Plymouth Brethren movement.

St Ignatius Church in Stamford Hill, is a Roman catholic parish church in the Archdiocese of Westminster served by the Society of Jesus. It was founded by the Jesuits in 1894. It is situated on the corner of Tottenham High Road and St. Ann's Road in the London Borough of Hackney close to the border with Haringey, in north-west London.

These are some bigger and more relevant cities in the wider vivinity of Seven Sisters.

The Hubbards
Starting at: no exact start time given.
More Information: eventful.com.