Hornsey in Greater London (England) is located in United Kingdom a little north of London, the country's capital.

Local time in Hornsey is now 04:19 PM (Friday). The local timezone is named Europe / London with an UTC offset of one hour. We know of 8 airports in the wider vicinity of Hornsey, of which 5 are larger airports. The closest airport in United Kingdom is London City Airport in a distance of 10 mi (or 15 km), South-East. Besides the airports, there are other travel options available (check left side).

There are several Unesco world heritage sites nearby. The closest heritage site in United Kingdom is Tower of London in a distance of 10 mi (or 16 km), South-East. Also, if you like golfing, there are multiple options in driving distance. We found 4 points of interest in the vicinity of this place. If you need a place to sleep, we compiled a list of available hotels close to the map centre further down the page.

Depending on your travel schedule, you might want to pay a visit to some of the following locations: Wood Green, Camden Town, Islington, Enfield Town and London. To further explore this place, just scroll down and browse the available info. 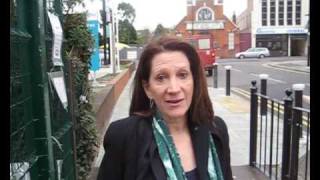 Should a lap dancing club be coming to Crouch End?

Hornsey & Wood Green MP Lynne Featherstone (Lib Dem) explains why she's opposed to a lap dancing club application in Crouch End. You can back the campaign at http://tinyurl.com/lapdancing. 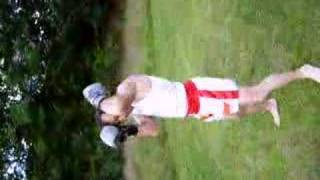 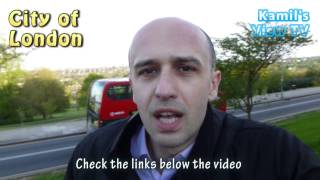 What's really happening in the City of London - banking scam

Get your free guide to "Living Life's Inspired Mission in 7 Steps" at http://www.kamilsview.com/ The biggest scam of our times is the banking system. It allows some people to make huge amounts... 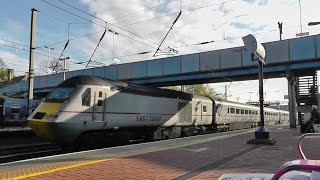 A selection of Great Northern. East Coast, Hull Trains and Grand Central trains plus a freight and an RHTT working at Alexandra Palace on Tuesday 18th November 2014. 0:00 43206+43239 pass... 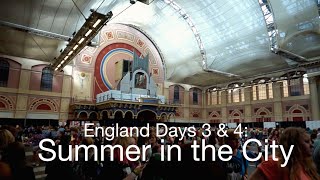 I did a very, very inadequate job of filming much of the actual event but this is the good of what I got :) Featuring some of these people that I know Pascale: https://www.youtube.com/PascaleDeBom... 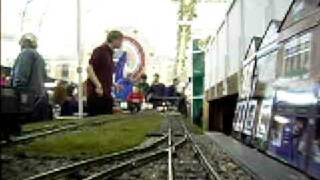 At trip on The Whiteleaf Light Railway.

We take a trip on The Whiteleaf Light Railway, we ride in a guards van allowing us to see the whole of the line. If anyone can identify the locos please comment and let me know. The... 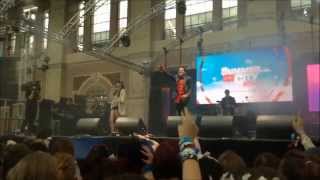 Summer In The City 2014: Day 1 Warning to headphone users: there will be screaming. Day 2: https://www.youtube.com/watch?v=TIlxNVVvPLI Here's to SITC 2015! My Links: Twitter: https://twitter.com... 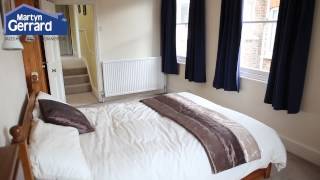 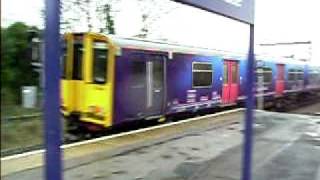 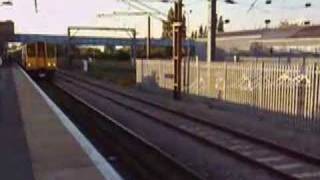 The 17:57 train pulls into Hornsey station. Possibly the most thrilling thing every filmed (at Hornsey train station).

Alexandra Palace is a building in North London, England. It stands in Alexandra Park, in an area between Hornsey, Muswell Hill and Wood Green. It was built in 1873 as a public centre of recreation, education and entertainment and as North London's counterpart to the Crystal Palace in South London. Designed to be "The People’s Palace" and later nicknamed "Ally Pally", in 1936 it became the headquarters of the world's first regular public "high-definition" television service, operated by the BBC.

Hornsey Town Hall is a public building in Crouch End area of Hornsey, London. Built in 1935, it was the first major UK building to be constructed in the Modernist style. Designed by architect Reginald Uren 1933–35, the building shows the influence of Hilversum town hall in the Netherlands and was awarded a bronze medal by the Royal Institute of British Architects. It has grade II* listed status. The building was used by Hornsey Borough Council as its headquarters until 1966.

Alexandra Park is an 80 hectare, Green Flag Award and Green Heritage winning landscaped park in the Borough of Haringey in north London.

Hornsey and Wood Green is a constituency in the London Borough of Haringey represented in the House of Commons of the UK Parliament since 2005 by Lynne Featherstone, a Liberal Democrat.

Arqiva is a telecommunications company which provides infrastructure and broadcast transmission facilities in the United Kingdom and Republic of Ireland. The present company, with headquarters located at Crawley Court in the village of Crawley, Hampshire, was formed by National Grid Wireless combining with Arqiva in September 2008. Its main customers are broadcasters and mobile phone network operators, and its main asset is a network of over 1,000 radio and television transmission sites.

The Alexandra Palace television station in North London is one of the oldest television transmission sites in the world. What was at the time called "high definition" TV broadcasts on VHF were beamed from this mast from 1936 until the outbreak of World War II. It then lay dormant until it was used very successfully to foil the German Y-Gerät radio navigation system during the last stages of the Battle of Britain.

Hornsey was a local government district in east Middlesex from 1867 to 1965. In 1867, a Local Board was formed for part of the civil parish of Hornsey. The rest of the parish was already under South Hornsey Local Board formed in 1865. In 1894, under the Local Government Act of that year, Hornsey became an urban district. In 1903, it was incorporated as a municipal borough. The corporation made two unsuccessful attempts to gain county borough status in 1904 and 1915.

Palace Gates railway station was on the Palace Gates Line in Wood Green, north London, on the corner of Bridge Road and Dorset Road. It was opened on 7 October 1878 by the Great Eastern Railway (GER) as terminus of the line that bore its name. The line had terminated at the previous station, Noel Park and Wood Green, since opening on 1 January 1878. The station was opened to provide a means by which the GER could transport passengers to the nearby Alexandra Palace.

Hornsey was an ancient parish in the county of Middlesex. It was both a civil parish, used for administrative purposes, and an ecclesiastical parish of the Church of England.

Konk is the name of a recording studio and record label, established and managed by members of British Rock group The Kinks.

Priory Park is a 6.5-hectare public park in Hornsey in the London Borough of Haringey. It is located on the Priory Road and Middle Lane, approximately 0.5km north of Crouch End Broadway. It has been winner of multiple Green Flag Award since 2003, and has an active community group. The park contains a fountain made from Lamorna stone which was installed in 1909. This originally stood in St Paul's Cathedral churchyard.

These are some bigger and more relevant cities in the wider vivinity of Hornsey.

This place is known by different names. Here the ones we know:
Hornsey, هورنسی، لندن بزرگ