Highgate in Greater London (England) is a town located in United Kingdom a little north of London, the country's capital town.

Time in Highgate is now 08:50 AM (Friday). The local timezone is named Europe / London with an UTC offset of one hour. We know of 9 airports closer to Highgate, of which 5 are larger airports. The closest airport in United Kingdom is London City Airport in a distance of 10 mi (or 16 km), South-East. Besides the airports, there are other travel options available (check left side).

There are several Unesco world heritage sites nearby. The closest heritage site in United Kingdom is Tower of London in a distance of 11 mi (or 17 km), East. Also, if you like the game of golf, there are some options within driving distance. We saw 4 points of interest near this location. In need of a room? We compiled a list of available hotels close to the map centre further down the page.

Since you are here already, you might want to pay a visit to some of the following locations: Camden Town, Wood Green, Islington, London and Hendon. To further explore this place, just scroll down and browse the available info.

A short film by a non professional camera person. 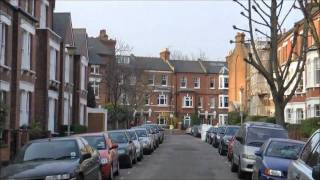 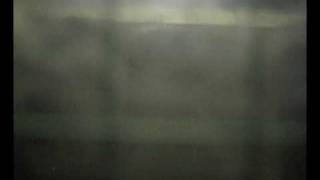 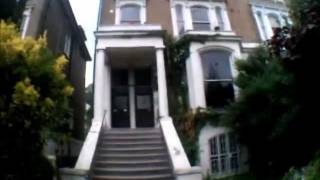 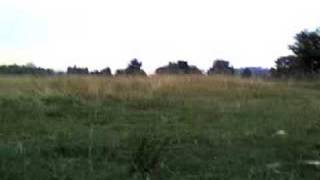 Cabview from Power Car 60118 of Hastings DEMU 1001 while on the Norfolk Navigator Railtour. Engine vibration still an issue, leading to flickering quality of the clip. Taken via an unmanned camera. 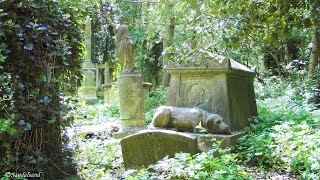 In the early 1800's London was rapidly expanding and needed to secure more burial grounds. In response to this seven new cemeteries were prepared. "The Magnificent Seven". One of them was ... 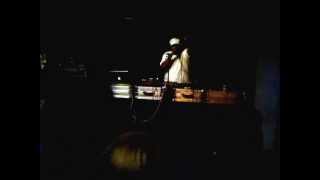 Hampstead Heath (locally known as "the Heath") is a large, ancient London park, covering 320 hectares . This grassy public space sits astride a sandy ridge, one of the highest points in London, running from Hampstead to Highgate, which rests on a band of London Clay. The Heath is rambling and hilly, embracing ponds, recent and ancient woodlands, a lido, playgrounds, and a training track, and it adjoins the stately home of Kenwood House and its grounds.

The Holly Lodge Estate is an estate located on the site and grounds of a villa built in 1798 by Sir Henry Tempest on the south-facing slopes of Highgate, London adjacent to Highgate Rise, now known as Highgate West Hill. The estate lands included Traitor's Hill, reputedly where members of the gunpowder plot had met to watch the Palace of Westminster blow up although since known to be false.

Charles Alfred Cruft (28 June 1852 – 10 September 1938) was a British showman who founded the Crufts dog show. Charles first became involved with dogs when he began to work at Spratt's, a manufacturer of dog biscuits. He rose to the position of General Manager, and whilst working for Spratt's in France he was invited to run his first dog show at the 1878 Exposition Universelle.

Kenwood House (also known as the Iveagh Bequest) is a former stately home, in Hampstead, London, on the northern boundary of Hampstead Heath. It is managed by English Heritage.

Sir Roger Cholmeley's School at Highgate (commonly referred to as Highgate School) is a leading British day-only independent school in Highgate, London, England. Originally a free charity school for local boys, it became during the nineteenth century one of England's leading public schools. It is a member of both the Headmaster's Conference and the Eton Group. Highgate no longer takes boarders and recently moved towards co-education ending over 400 years of single-sex education.

Located at 51.5717, -0.1493 (Lat. / Lng.), about 1 miles away.
Wikipedia Article, Homepage
Educational institutions established in the 1560s, Preparatory schools in London, 1565 establishments in England, Member schools of the Headmasters' and Headmistresses' Conference, Independent schools in Haringey, Member schools of the Independent Association of Preparatory Schools

Parliament Hill is an area of open parkland in the south-east corner of Hampstead Heath in north-west London. The hill, which is 98 metres high, is notable for its excellent views of the capital's skyline. Many famous landmarks can be seen from its summit such as Canary Wharf and St Paul's Cathedral in the City of London. Despite its name, it is not home to the Houses of Parliament which stand 6 1/4 miles to the south in the City of Westminster.

The Hampstead Ponds or Highgate Ponds are three large freshwater swimming ponds — two designated single sex, and one for mixed bathing — fed by the headwater springs of the River Fleet — in Hampstead Heath, North London, England. The swimming ponds are three out of some 30 ponds on Hampstead Heath. They were originally dug in the 17th and 18th centuries as reservoirs. A malarial marsh was drained by the Hampstead Water Company in 1777 to meet London's growing water demand.

Located at 51.563, -0.157 (Lat. / Lng.), about 0 miles away.
Wikipedia Article
Drinking water reservoirs in England, Parks and open spaces in Camden, Swimming venues in London, Lidos, Bodies of water of London

South Hill Park is a street in the Hampstead district of London. It is within the London Borough of Camden, and some of its houses overlook Hampstead Heath. (For the arts centre in Berkshire see South Hill Park).

Upstairs at The Gatehouse

Upstairs at The Gatehouse is a pub theatre in Highgate in the London Borough of Camden. The venue is a refurbished 1895 auditorium, upstairs from the Gatehouse pub, that has served over the years as a music hall, cinema, Masonic lodge, and a jazz and folk music club that once hosted a performance by Paul Simon. Today, the venue hosts theatrical and cabaret productions.

The Island of Ham

The Island of Ham is a semi-fictional location which is central to the plot of the novel The Book of Dave by Will Self.

Athlone House in Highgate, England was formerly known as Caen Wood Towers and was the residence of several prominent London men during the period between 1870 and 1940. It is currently in a state of disrepair and is awaiting restoration by the current owners. It was designed by Edward Salomons and John Philpot in a Victorian style which reflects a variety of architectural traditions. It lies on the northern edge of Hampstead Heath and is visible from several parts of the Heath.

These are some bigger and more relevant cities in the wider vivinity of Highgate.