South Hampstead in Greater London (England) is a city located in United Kingdom a little north-west of London, the country's capital town.

Current time in South Hampstead is now 09:55 AM (Saturday). The local timezone is named Europe / London with an UTC offset of one hour. We know of 9 airports closer to South Hampstead, of which 5 are larger airports. The closest airport in United Kingdom is RAF Northolt in a distance of 10 mi (or 16 km), West. Besides the airports, there are other travel options available (check left side).

There are several Unesco world heritage sites nearby. The closest heritage site in United Kingdom is Tower of London in a distance of 11 mi (or 18 km), East. Also, if you like playing golf, there are some options within driving distance. We saw 5 points of interest near this location. In need of a room? We compiled a list of available hotels close to the map centre further down the page.

Since you are here already, you might want to pay a visit to some of the following locations: Camden Town, Kensington, Hendon, Hammersmith and London. To further explore this place, just scroll down and browse the available info. 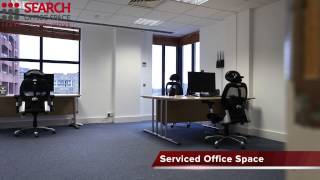 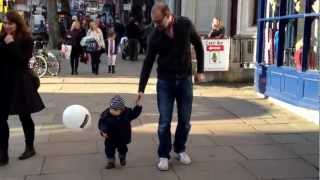 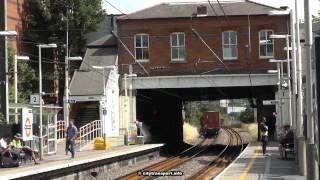 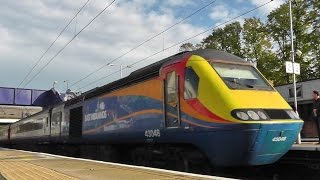 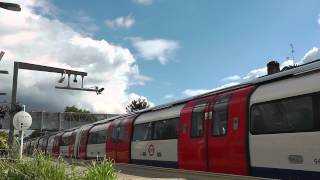 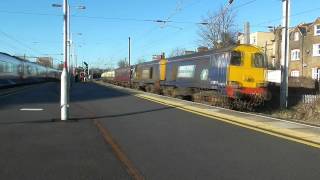 Here we see DRS' 20302 and 20305 whistle and thrash past West Hampstead Thameslink on the slow lines with the 1Z20 Crewe to Ely leg of 'The Deviationer' tour, ran by Pathfinder tours. DRS'... 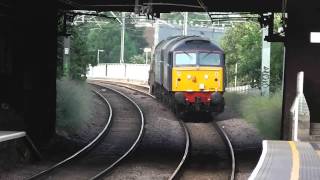 DRS' 57011 and 57003 crawl into West Hampstead, and them give it full power through the station, working the 6M69 Sizewell to Willesden Brent Flasks. This working is usually entrusted to a... 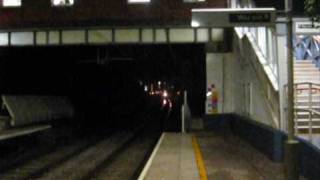 Thumper '1001' at west Hampstead on 'The Sheringham Crabber', first at about 07:20am and then at about 08:25pm (the railtour is running about an hour late in the evening). Great wistle by the... 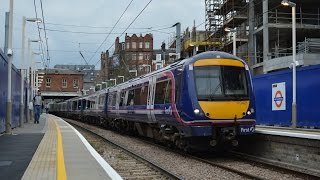 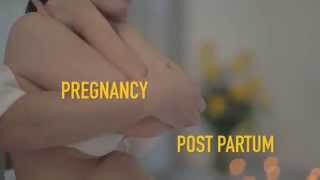 Swiss Cottage (Metropolitan Line) is a disused London Underground station. It was opened in 1868 as the northern terminus of the Metropolitan and St John's Wood Railway, the first northward branch extension from Baker Street of the Metropolitan Railway. From here (starting in 1879) the line was later extended north into Middlesex, Hertfordshire and Buckinghamshire reaching Watford, Aylesbury, Chesham and Uxbridge.

The Freud Museum, at 20 Maresfield Gardens in Hampstead, was the home of Sigmund Freud and his family when they escaped Nazi annexation of Austria in 1938. It remained the family home until Anna Freud, the youngest daughter, died in 1982. The centrepiece of the museum is Freud's study, preserved just as it was during his lifetime. The Freud Museum commemorates and elucidates the work of Sigmund and Anna Freud and maintains their working environment.

Camden Arts Centre in the London Borough of Camden, England, is a contemporary visual art gallery, dedicated to engaging living artists from across the world. Positioning the artist at the centre of the programme, Camden Arts Centre strives to involve the public in the ideas and work of today's artists. The exhibition and education programmes are developed with equal importance, and are continually intertwined.

The O2 Centre (regularly stylised as O2 Centre) is an indoor shopping and leisure centre on Finchley Road, London, near Finchley Road tube station. It is located in between Hampstead, West Hampstead and Swiss Cottage. Owned by the X-Leisure group, and opened in 1998. Despite the same name and very similar logo, it is no relation to the O2 telecommunications brand, which was launched 4 years later.

Finchley Road railway station was built by the Midland Railway in 1868 on its extension to St. Pancras. Situated at the north end of the Belsize Tunnels, it served the newly-developed area of St John's Wood. For a short period from 1878 and 1880, the MR operated the Super Outer Circle service through the station from St. Pancras to Earl's Court Underground station via tracks through Cricklewood, then using the Dudding Hill Line to South Acton and Hammersmith.

Decca Studios was a recording facility in Broadhurst Gardens, West Hampstead, North London, England. From the companies beginnings in 1929, British Decca's earliest recordings were made at two locations: firstly the Chenil Galleries Studios in Chelsea, and later in Lower Thames Street.

The Anna Freud Centre is a child psychoanalysis research, training and treatment centre located in London, United Kingdom. It is one of only a small number of places in the UK where children can receive full psychoanalysis. It is closely associated with University College London (UCL) and Yale University.

The Alexandra Road estate, properly known as the Alexandra and Ainsworth estate, but more commonly, and erroneously, referred to as simply Rowley Way, is a housing estate in the London Borough of Camden, North West London, England. It was designed in 1968 by Neave Brown of Camden Council's Architects Department. Construction work commenced in 1972 and was completed in 1978. It is constructed from site-cast, board-marked white, unpainted reinforced concrete.

The Lithos Road Estate is an housing estate located at grid reference TQ260849 in West Hampstead just off Finchley Road, London Borough of Camden. It is run by the estate's four consortia landlords Odu-Dua Housing Association, Paddington Churches Housing Association, Circle 33 and Notting Hill Housing Trust. The estate was built in 1991 and consists of a number of high and low rise blocks - bordered on each side by railway tracks.

Kilburn Priory was a small monastic community of nuns established around 1130–1134 three miles north-east of the medieval City of London, where Watling Street met the stream now known as the Westbourne, but variously known as Cuneburna, Keneburna, Keeleburne, Coldburne, or Caleburn, meaning either the royal or cow's stream. The priory gave its name to the area now known as Kilburn, and the local streets Priory Road, Kilburn Priory and Abbey Road.

Klooks Kleek was a jazz/R&B club in the 1960s, based in The Railway Hotel, West Hampstead, North West London, next to the Decca Records studio. The club was named after a 1956 album by Kenny Clarke (Klook Clique, Savoy Records 12006).

These are some bigger and more relevant cities in the wider vivinity of South Hampstead.