Muswell Hill in Greater London (England) is a city in United Kingdom a little north of London, the country's capital city.

Local time in Muswell Hill is now 07:31 PM (Friday). The local timezone is named Europe / London with an UTC offset of one hour. We know of 9 airports in the vicinity of Muswell Hill, of which 5 are larger airports. The closest airport in United Kingdom is London City Airport in a distance of 10 mi (or 17 km), South-East. Besides the airports, there are other travel options available (check left side).

There are several Unesco world heritage sites nearby. The closest heritage site in United Kingdom is Tower of London in a distance of 11 mi (or 18 km), South-East. Also, if you like golfing, there are a few options in driving distance. We discovered 4 points of interest in the vicinity of this place. Looking for a place to stay? we compiled a list of available hotels close to the map centre further down the page.

When in this area, you might want to pay a visit to some of the following locations: Wood Green, Camden Town, Islington, Hendon and Enfield Town. To further explore this place, just scroll down and browse the available info. 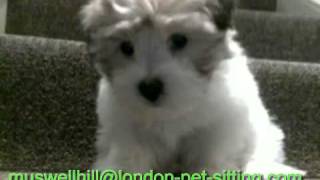 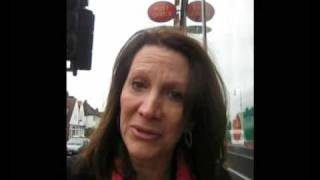 meeting dan and phil at summer in the city 2014

i met dan and phil at summer in the city 2014 and had a great weekend yh.

London, England, North London's Village on the Hill, Muswell Hill a once affluent place to be, turned into a third world begging village & taken over by beggar gangs who intimidate locals... 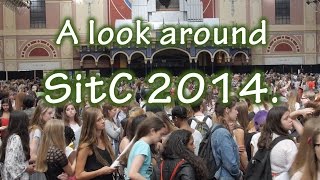 A look around SitC 2014. Once again August comes round so it's time to head to Alexandra Palace and Summer in the City 2014. Spread over three days, first a relatively quiet Creator's Day... 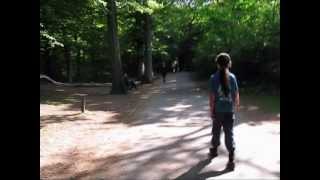 A short video on the barrage balloon that was in Highgate Wood (London) during the Second World War. Produced by Arjun, age 9. 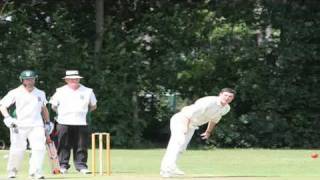 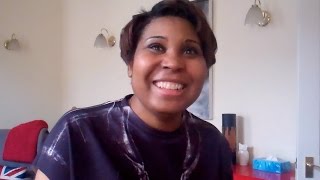 A part-time job in an art shop led to Nicole Tshumba's big break to display her artwork. The Brick Lane Gallery invited her to put her work on show after Nicole heard, via co-workers, that... 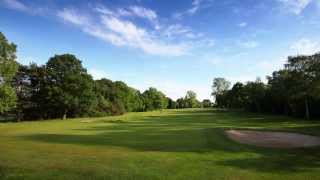 Quality golf in a relaxed, friendly atmosphere, right on your doorstep. http://www.muswellhillgolfclub.co.uk.

Alexandra Palace is a building in North London, England. It stands in Alexandra Park, in an area between Hornsey, Muswell Hill and Wood Green. It was built in 1873 as a public centre of recreation, education and entertainment and as North London's counterpart to the Crystal Palace in South London. Designed to be "The People’s Palace" and later nicknamed "Ally Pally", in 1936 it became the headquarters of the world's first regular public "high-definition" television service, operated by the BBC.

Fortis Green is a ward in the extreme north-western corner of the Borough of Haringey, North London. It is also the name of the road that runs between Muswell Hill and East Finchley which forms part of the A504. The ward lies between Colney Hatch to the north, Muswell Hill to the east, Highgate to the south and East Finchley to the west.

Hornsey and Wood Green is a constituency in the London Borough of Haringey represented in the House of Commons of the UK Parliament since 2005 by Lynne Featherstone, a Liberal Democrat.

Arqiva is a telecommunications company which provides infrastructure and broadcast transmission facilities in the United Kingdom and Republic of Ireland. The present company, with headquarters located at Crawley Court in the village of Crawley, Hampshire, was formed by National Grid Wireless combining with Arqiva in September 2008. Its main customers are broadcasters and mobile phone network operators, and its main asset is a network of over 1,000 radio and television transmission sites.

The Alexandra Palace television station in North London is one of the oldest television transmission sites in the world. What was at the time called "high definition" TV broadcasts on VHF were beamed from this mast from 1936 until the outbreak of World War II. It then lay dormant until it was used very successfully to foil the German Y-Gerät radio navigation system during the last stages of the Battle of Britain.

Highgate Wood is a 28 hectare (70 acre) area of ancient woodland in North London, lying between East Finchley, Highgate Village, and Muswell Hill. It was originally part of the ancient Forest of Middlesex which covered much of London, Hertfordshire and Essex and was mentioned in the Domesday Book. It lies in the London Borough of Haringey, but is owned and managed by the City of London Corporation. The London Borough of Haringey contains four ancient woods.

Queen's Wood is a 52 acre (21 hectare) area of ancient woodland in the London Borough of Haringey, abutting Highgate Wood and lying between East Finchley, Highgate Village, Muswell Hill and Crouch End. It was originally part of the ancient Forest of Middlesex which covered much of London, Hertfordshire and Essex and was mentioned in the Domesday Book and is now one of three Local Nature Reserves in the London Borough of Haringey.

A1 road in London

The A1 road in London is the southern part of the A1 road which passes through London from its start at Aldersgate in the City of London to Borehamwood on the northern fringe of Greater London, going on to cross under the M25, briefly becoming the A1(M) motorway before continuing to Edinburgh.

The Highgate Wood Telephone Exchange was a telephone exchange built in the London suburb of Highgate Wood. It was the site of a trial for an electronic telephone exchange built by members from Joint Electronic Research Council (JERC), which was formed in 1956 and consisted of the British Post Office GPO, Siemens Brothers & Co. (soon to be part of AEI), Automatic Telephone & Electric Co. Ltd AT&E (soon to be part of Plessey), The British Ericsson Telephones Ltd. , General Electric Co.

St James Church, Muswell Hill is a large Anglican church in London, known as "the Church on the Hill". The original building was consecrated in 1842, and a church school was completed nearby in 1850. The foundation stone for the current building was laid in 1900. The building was gutted by World War II bombing, and the restored church was rededicated in 1952.

Ambitious about Autism is a UK national charity dedicated to improving opportunities for young people on the Autistic Spectrum, including those with autism or Asperger Syndrome. Originally established in 1997 as the TreeHouse Trust, the charity was founded by a group of parents - including author Nick Hornby - whose children had been diagnosed with autism.

These are some bigger and more relevant cities in the wider vivinity of Muswell Hill.