Hertford in Hertfordshire (England) with it's 25,847 citizens is a place in United Kingdom about 20 mi (or 32 km) north of London, the country's capital city.

Current time in Hertford is now 06:34 AM (Saturday). The local timezone is named Europe / London with an UTC offset of zero hours. We know of 8 airports near Hertford, of which 5 are larger airports. The closest airport in United Kingdom is London Luton Airport in a distance of 14 mi (or 22 km), North-West. Besides the airports, there are other travel options available (check left side).

There are several Unesco world heritage sites nearby. The closest heritage site in United Kingdom is Tower of London in a distance of 21 mi (or 34 km), South. Also, if you like playing golf, there are a few options in driving distance. We encountered 4 points of interest in the vicinity of this place. If you need a hotel, we compiled a list of available hotels close to the map centre further down the page.

While being here, you might want to pay a visit to some of the following locations: Great Munden, Potters Bar, Enfield Town, Wood Green and Walthamstow. To further explore this place, just scroll down and browse the available info. 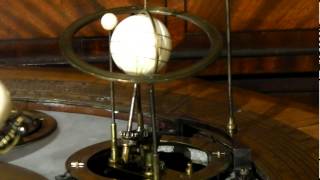 The Hertford Museum Orrery was made by Jeremiah Cleeve of Welwyn in around 1810. Here it is in motion and, to give everyone the best view properly, we have removed its protective glass covers....

Small competition at hertford skatepark held on 28.07.08 for BMX riders and skaters... 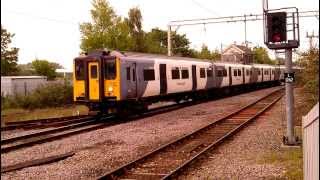 An eight car train arriving at its final destination; Hertford East. The train comprises of 2 x class 317 EMUs (317890 and 317870) when orinated from London Liverpool street. The train passes... 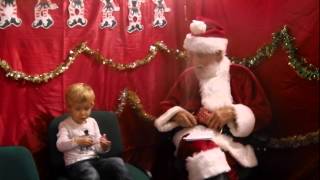 A Christmas Spectacular at Hertford Museum

Here are some highlights of our Christmas Spectacular to get you in a festive mood! Thank you to Hertford St Andrews Church Choir for singing live and to Santa Claus (he'll be back at the museum... 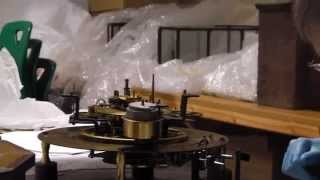 Hertford Museum is fortunate in possessing a mechanical celestial globe and orrery made by Jeremiah Cleeve of Welwyn in around 1810. It was given to us by the Science Museum in 1933. It has... 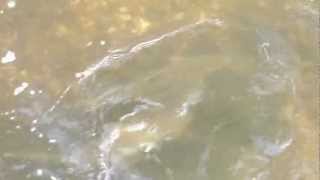 Barbel spawning at Hertford on the L.A.A. stretch.

Barbel spawning in the river lee at Hertford on the L.A.A. stretch of river under the bridge were the river beane joins and goes into the meads.Day ticket £4.00 give it a go.The barbel in... 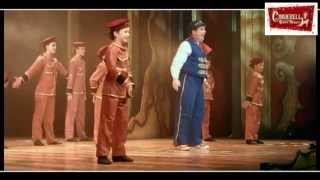 Wilkommen! Meine Damen und Herren! Come with us on a magical journey to the heart of mystical Austria and to the sparkling city of Vienna for the most fabulous fairy-tale panto of them all:... 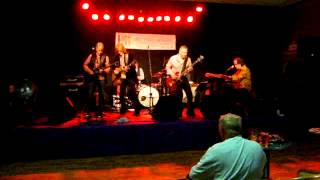 Archive had everyone dancing at our 1970s extravaganza at Hertford Corn Exchange, Sat 14th June. 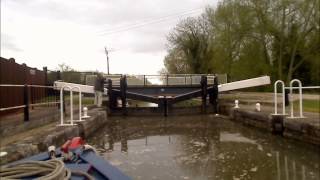 Narrowboat Timelapse on the Lee Navigation - Hertford to Feilde's Weir.

Setting off from the Limit of Navigation (for my boat, smaller craft can navigate a little further up) in Hertford, a trip down the Lee to reach the confluence with the River Stort. 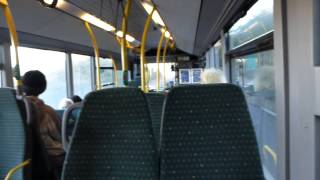 The view inside a route 724 Green Line bus near Hertford heading towards Harlow just after midday on Friday 2 January 2015.

Hertford East railway station is one of two stations in Hertford in Hertfordshire, England. The station is 24+⁄4 miles north of London Liverpool Street. It is fifteen minutes' walk from Hertford North station. The current station, which was designed by W.N. Ashbee was opened by the Great Eastern Railway on Monday 27 February 1888, replacing a station further to the east which dated from the opening of the branch line from Broxbourne in 1843.

Hertford Castle was a Norman castle situated by the River Lea in Hertford, the county town of Hertfordshire, England.

Hartham Common is a park in the county of Hertfordshire in the East of England. It is located between the town centre of the county town of Hertford and the elevated suburb of Bengeo.

Hertford Weir is a large weir on the River Lea, next to Hertford Basin marina and Hartham Common, in Hertford, England.

Hartham Weir (also known colloquially as Two-step Weir) is a small weir on the River Lea next to confluence of the River Beane/Lea, on the edge of Hartham Common, Hertford, England.

Hertford Basin is the first canal basin located on the River Lee Navigation in Hertford, England. It is situated next to Hartham Common, and Hertford Weir.

Located at 51.8019, -0.0727778 (Lat. / Lng.), about 0 miles away.
Wikipedia Article
Marinas in England, Visitor attractions in Hertfordshire, Geography of Hertfordshire

The Church of Saint Leonard is a Norman church in Bengeo, Hertfordshire. Located on the hillside overlooking the shared Beane and Lea valley, the church dates from about 1120, and is the oldest building in Hertford. The church served as the parish church of Bengeo until the larger Holy Trinity Church was opened in 1855. St.

Hertford Cowbridge railway station was a station on the Hertford and Welwyn Junction Railway, and was situated in Hertford, England.

Hertford Museum is a local museum in Hertford, the county town of Hertfordshire, England. The museum first opened in 1903 and is located in a 17th century town house with a Jacobean-style knot garden. The galleries on the ground floor present the early history of the museum. Objects include exotic animals, fossils, and Japanese armour. The first floor presents the town and people of Hertford.

St Andrew Street, Hertford is the west entry road to Hertford, England. It runs from North Road to Old Cross and includes shops, houses and a church. The history of the buildings on St Andrew Street date back to the 14th century.

All Saints' Church, Hertford, is located in Queens Road, Hertford, Hertfordshire, England. It is an active Anglican parish church in the deanery of Hertford and Ware, the archdeaconry of Hertford. and the diocese of St Albans. It is the civic church of the town and of the county. The church has been designated by English Heritage as a Grade II* listed building. It is the largest church in Hertfordshire, other than St Albans Cathedral, and can seat up to 1,000 people.

These are some bigger and more relevant cities in the wider vivinity of Hertford.