Mickleham in Surrey (England) with it's 585 citizens is a city in United Kingdom about 19 mi (or 30 km) south-west of London, the country's capital city.

Local time in Mickleham is now 04:47 AM (Thursday). The local timezone is named Europe / London with an UTC offset of one hour. We know of 10 airports in the vicinity of Mickleham, of which 5 are larger airports. The closest airport in United Kingdom is Redhill Aerodrome in a distance of 9 mi (or 14 km), South-East. Besides the airports, there are other travel options available (check left side).

There are several Unesco world heritage sites nearby. The closest heritage site in United Kingdom is Stonehenge, Avebury and Associated Sites in a distance of 9 mi (or 14 km), South-East. Also, if you like golfing, there are a few options in driving distance. We discovered 6 points of interest in the vicinity of this place. Looking for a place to stay? we compiled a list of available hotels close to the map centre further down the page.

When in this area, you might want to pay a visit to some of the following locations: Headley, Newdigate, Ockley, Kingston and Sutton. To further explore this place, just scroll down and browse the available info. 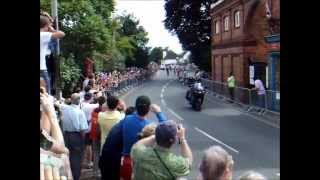 London 2012: Olympic Men's Road Race The race completes 9 laps of the Box Hill circuit before heading north through Leatherhead to finish on The Mall. 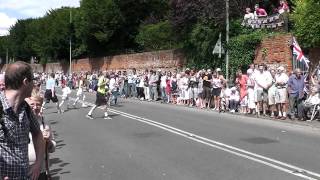 No cyclists just the Police milking the crowd mainly. 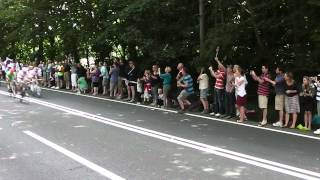 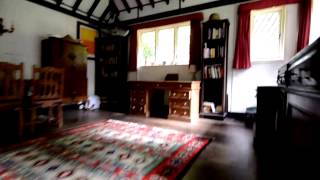 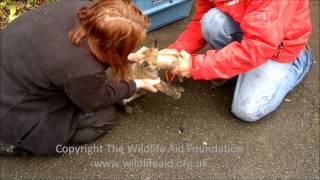 Fox cub with his head stuck in a tin can - rescue release!

Animal-rescuers from Leatherhead's Wildlife Aid Foundation (WAF) have saved the life of a fox cub that had got its head stuck in a tin can. The rescue team comprised WAF founder Simon Cowell... 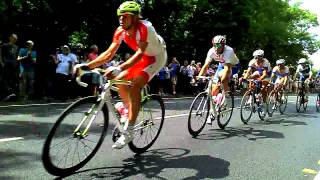 Men's Olympic Cycling Road Race in Box Hill, close to where we live, where the competitors completed nine loops (eight on the stretch of road where we were). Each lap was about 20mins apart,... 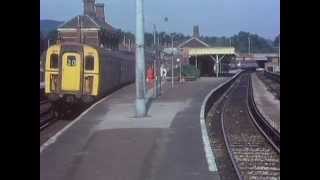 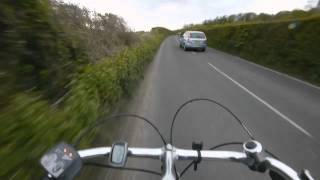 A Professional Cyclist's Pace Trip Around the Box Hill Loop Of The Olympic Cycling Road Race Course on my Kalkhoff Tasman Pedelec. The original video was shot to show the course and the trip... 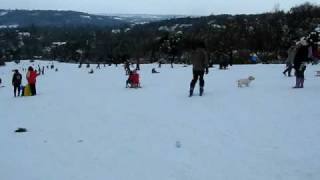 Skiing on Box Hill, Dorking, 3rd February 2009 (shame there was no ski lift!) 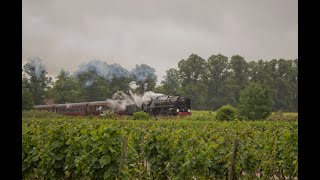 Mole Valley is a constituency represented in the House of Commons of the UK Parliament since 1997 by Sir Paul Beresford, a Conservative.

Bocketts Farm in Leatherhead, Surrey, England is a working family farm set in the countryside on the slopes of the North Downs. Animals on the farm include lambs, piglets, goat kids, chicks and ducklings born throughout the year. In addition there are play areas for children of all ages. Inside there are 2 huge playbarns with a 70 ft 4-lane astroslide, trampolines and rides on tractors. Outside there are adventure trails, a giant slide tower and a jumping pillow.

Box Hill & Westhumble railway station is a railway station in the village of Westhumble in Surrey, England, approximately two miles north of Dorking town centre. Box Hill is located approximately half a mile to the east. The station is served by one train every hour towards London Victoria and one train every hour towards Horsham off peak, operated by Southern. More trains operate on Sundays and Public Holidays in each direction.

Cherkley Court, near Leatherhead, Surrey, in England, is a late Victorian mansion and estate of 370 acres, once the home of Lord Beaverbrook.

Box Hill School is an independent coeducational boarding and day school situated in the village of Mickleham near Dorking, Surrey, England. The school has approximately 425 pupils aged 11–18. The school has a 60% day student:40% boarding student ratio, and as part of an international network (Round Square), around 25% of the students come from over 25 nations. The international environment of the school is deliberate, as part of the school's mission to develop students for life beyond school.

Norbury Park is a swathe of land arranged around a small manor house near Leatherhead and Dorking, Surrey, which appears in the Domesday Book of 1086. The manor was also known as Northbury for some time. A small Bronze Age hoard consisting of two palstave axes and a scabbard chape dating from around 1150-1000 BC was discovered in 2003 in woodland on the western side of the park. The park also contain an important grove of yew trees used by Druids for rituals and ceremony.

This article is about the house in North Downs, Surrey. For the house in the Sydney suburb of Paddington see Juniper Hall, Paddington Juniper Hall Field Centre, leased from the National Trust, is an 18th-century country house in a quiet wooded valley within the chalk North Downs in Surrey. It is about 1 kilometre from Box Hill and only 40 kilometres from central London.

Mole Gap to Reigate Escarpment is a Site of Special Scientific Interest in Surrey, England. It is owned and managed by the National Trust. The site includes part of the North Downs which has remained relatively undisturbed by the pressures of modern farming and building. It stretches for 8 miles (12km) between Leatherhead and Reigate. It includes Box Hill and Headley Heath.

Located at 51.274, -0.341 (Lat. / Lng.), about 1 miles away.
Wikipedia Article
Sites of Special Scientific Interest in Surrey, Escarpments of the United Kingdom

These are some bigger and more relevant cities in the wider vivinity of Mickleham.