The district Middlesex of in Greater London (England) is located in United Kingdom a little west of London, the country's capital.

Depending on your travel schedule, you might want to pay a visit to some of the following locations: Wembley, Ealing Broadway, Ealing, Hammersmith and Harrow. To further explore this place, just scroll down and browse the available info. 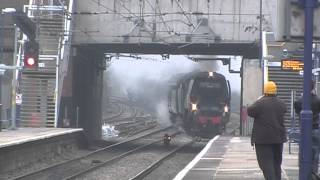 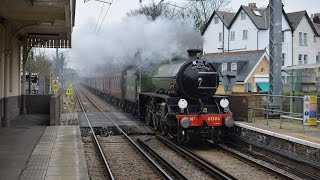 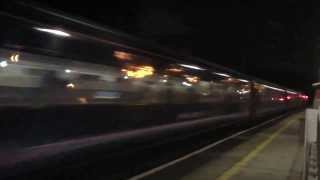 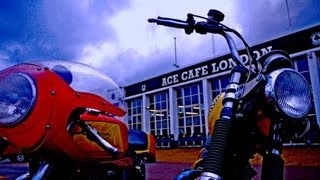 A night at Ace Cafè London by Metzeler

Ace Cafe, London, 15th March 2013 - Metzeler has announced a Road Racing Summer spectacular as the German tyre brand celebrates it's 150th Anniversary, with a full line-up of events and racing...

The Hanger Lane gyratory is a large, complex roundabout system at the intersection of Western Avenue, the North Circular and Hanger Lane in the borough of Ealing in west London. It covers an area of about 30,000 square metres. At rush hour it carries nearly 10,000 vehicles per hour. An above-ground section of the London Underground Central Line passes under the roundabout. The island in the middle contains Hanger Lane tube station and a nature reserve.

Hanger Lane is a major road in the Ealing and Park Royal areas of London. It forms the westernmost part of the A406 North Circular as it runs north from Gunnersbury Avenue as it crosses the A4020 Uxbridge Road at Ealing Common to meet the A40 Western Avenue at the Hanger Lane Gyratory System. This complex and busy junction incorporates the Hanger Lane tube station on the London Underground.

Brent South was a parliamentary constituency represented in the House of Commons of the Parliament of the United Kingdom; it was replaced by Brent Central for the 2010 general election. It elected one Member of Parliament (MP) by the first past the post system of election. Since its creation in 1974, the constituency consistently elected Labour MPs with large majorities.

Park Royal & Twyford Abbey is a closed station on the route of the Piccadilly Line of the London Underground. It was located near Twyford Abbey Road a short distance north of the current Park Royal station which replaced it on 6 July 1931. The station was opened on 23 June 1903 by the Metropolitan District Railway on a new branch line to South Harrow and the Metropolitan Line tracks at Rayners Lane.

Acton was a local government district in Middlesex, England from 1865 to 1965. In 1865 the Local Government Act 1858 was adopted by the parish of Acton, and a twelve-member local board of health was formed to govern the area. The Local Government Act 1894 constituted the area an urban district, and an urban district council of fifteen councillors replaced the local board. The number of councillors was increased to sixteen in 1906.

The Stonebridge Park is a junction at the intersection of North Circular Road, and the A404, located in northwest London. The junction is located between Tokyngton to the west, and Stonebridge to the east. The Stonebridge Park station is a local station, very nearby, and takes its name from this junction. Buses that run through the junction include routes 18, 112, PR2 and N18.

The Ace Cafe London is a transport cafe in Stonebridge, north west London, England. It is a notable venue in motorcycle culture which originally operated from 1938 until 1969, then re-opened on the original site in 1997.

Ealing Central and Acton is a constituency represented in the House of Commons of the UK Parliament since 2010 by Angie Bray of the Conservative Party.

Ealing Acton was a parliamentary constituency in West London, which returned one Member of Parliament (MP) to the House of Commons of the Parliament of the United Kingdom from 1983 until it was abolished for the 1997 general election.

Central Middlesex hospital (CMH) is in the centre of the Park Royal business estate, on the border of two London boroughs, Brent and Ealing.

Library for Iranian Studies is a major Persian library in Acton district of London, England. It has over 30,000 books in the Persian language, as well as English and other languages. The library receives no governmental funding and is voluntary controlled.

West Twyford (also known as Twyford Abbey) was a small extra-parochial area, and later civil parish, in the county of Middlesex, England. The area of West Twyford is part of the London Borough of Ealing. It is bounded by the Hanger Lane Gyratory to the west, the A406 North Circular to the north, Park Royal to the south and Willesden to the east.