Burnt Oak in Greater London (England) is a town in United Kingdom a little north-west of London, the country's capital city.

Current time in Burnt Oak is now 01:38 AM (Friday). The local timezone is named Europe / London with an UTC offset of one hour. We know of 9 airports near Burnt Oak, of which 5 are larger airports. The closest airport in United Kingdom is RAF Northolt in a distance of 7 mi (or 12 km), South-West. Besides the airports, there are other travel options available (check left side).

There are several Unesco world heritage sites nearby. The closest heritage site in United Kingdom is Tower of London in a distance of 16 mi (or 26 km), South-East. Also, if you like playing golf, there are a few options in driving distance. We discovered 4 points of interest in the vicinity of this place. Looking for a place to stay? we compiled a list of available hotels close to the map centre further down the page.

When in this area, you might want to pay a visit to some of the following locations: Hendon, Wembley, Harrow, Ealing Broadway and Ealing. To further explore this place, just scroll down and browse the available info. 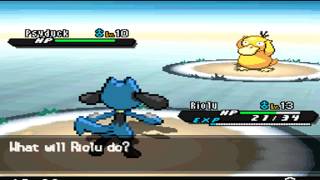 Hello guys, in this episode of the series I've just received my basic gym badge and now heading off to the next city which is Virbank city! IGNORE TAGS: Groudon Rayquaza Mewtwo Celebi Giratina... 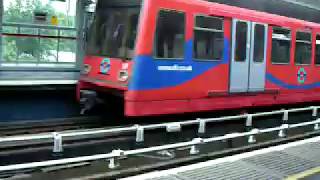 Just a train travelling on the Dockland Light Railway (DLR) during the impossible time when trains are few and far between and only run half the journey from Bank to Lewisham when you must... 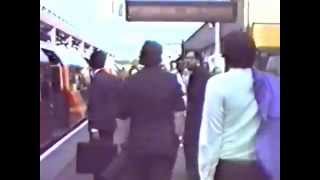 The very last 1938 tube stock train in passenger service on the London Underground. On the final journey (Edgware to Morden on the Northern line) the train was unable to get the doors closed... 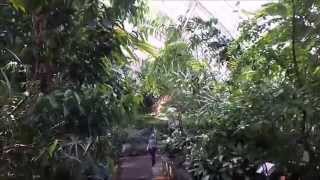 Our first trip here for 25 years ! Lets wander around the ground floor of this victorian masterpiece Kew's Palm House. Please subscribe and see our other Kew videos. Thanks Tracey. 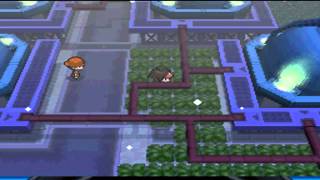 Hello there, in this episode Frost's team prepares for the virbank city gym battle, but first Frost goes to the virbank complex for more training! Subscribe to keep with the walkthrough series... 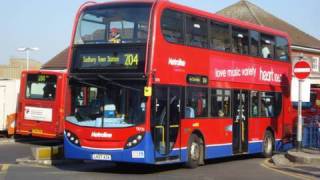 a trailer for www.pmpvideo.com features buses in Edgware bus station in afternoon rush hour, April 2010. Shop at Amazon, EBay and direct from website plus links and lists. 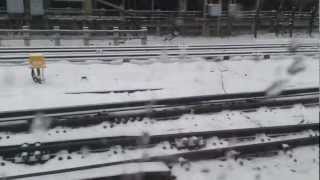 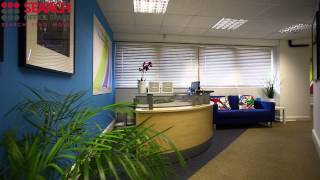 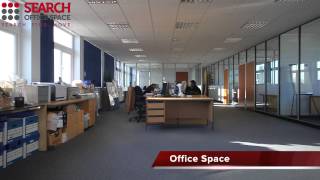 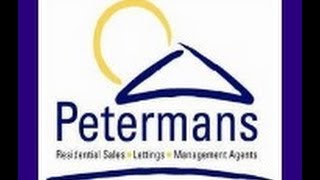 The Broadwalk Centre is a shopping centre located in Edgware, England, which is owned by The Carlyle Group and Bride Hall Holdings. The Broadwalk Centre is a single storey shopping centre and holds over 20 shops including Sainsbury's, M&S, Boots, WHSmith, Costa Coffee, and Superdrug, as well as disabled and public toilets and baby changing facilities.

Kingsbury High School is a large High School with academy status in Kingsbury, London, England notable for a number of reasons including its national reputation for Mathematics, its many eminent alumni and for the fact that the Upper School site at Princes Avenue, NW9 London, is recognisable to many British adults because it was used as the set for one of the original series of the popular children's drama series Grange Hill for its first two series in the late 1970s.

Oriental City was a shopping centre in Colindale, London specialising in various oriental foods and items. It is located on Edgware Road, and the nearest London Underground station is Colindale tube station. It had a dedicated car park, and 2 floors. It is next door to Asda. The complex was closed for redevelopment on 1 June 2008, but no demolition or building work has yet taken place. An application for planning extension is currently being considered by the local authority, Brent Council.

Edgware railway station was a London and North Eastern Railway (LNER) station in Station Road, Edgware, Greater London. It is not to be confused with the London Underground Northern line Edgware station approximately 200 metres to the north east.

Edgware Town F.C. was an English football club based in Edgware, Greater London. Established in 1939, the club was dissolved at the end of the 2007–08 season

Beis Yaakov Primary School is a voluntary-aided primary school, for girls aged 3 to 11 from Orthodox Jewish families, situated in north-west London. It is the largest Jewish primary school for girls in the United Kingdom.

Edgware Bus Station serves the Edgware suburb of the London Borough of Barnet, Greater London, England. The station is owned and maintained by Transport for London. The bus station is off Station Road, situated a short distance away from Edgware Station and the Broadwalk Shopping Centre. There are five stands within the bus station.

The Krishna Avanti school, is Britain's first state-funded Hindu school. A second Hindu primary school is due to open in Leicester in September 2011.

Located at 51.6042, -0.2803 (Lat. / Lng.), about 1 miles away.
Wikipedia Article
Educational institutions established in 2008, Hinduism in the United Kingdom, Primary schools in Harrow, Schools affiliated with the International Society for Krishna Consciousness, Academies in Harrow, 2008 establishments in England

Mill Hill Old Railway Nature Reserve is a 2.3 hectare Site of Borough Importance for Nature Conservation, Grade II, in Mill Hill in the London Borough of Barnet. The reserve follows the route of the Highgate to Edgware line, closed in 1964, of the Edgware, Highgate and London Railway, between Dean's Lane and Bunns Lane. Most of it, between Dean's Lane and a short footpath from The Meads, is a closed site managed by the London Wildlife Trust. It is open 10 a.m. to 3 p.m. on Sundays.

Watling Park is a public park in Burnt Oak in the London Borough of Barnet. It is one of Barnet's sixteen premier parks. It is a hilly open area with mown grassland, a children's playground, a football pitch, a basketball pitch and a small rose garden. Burnt Oak Brook, a tributary of the Silk Stream, runs through the park. There are more natural areas of undergrowth at the borders of the park and along the banks of the brook.

These are some bigger and more relevant cities in the wider vivinity of Burnt Oak.

I DO LIKE MONDAYS! Free Networking Event In Northolt
Starting at: 08:00 pm (20:00).
More Information: eventful.com.

I DO LIKE MONDAYS! Free Networking Event In Kingsbury
Starting at: 08:00 pm (20:00).
More Information: eventful.com.

I DO LIKE MONDAYS! Free Networking Event In Cricklewood
Starting at: 08:00 pm (20:00).
More Information: eventful.com.

I DO LIKE MONDAYS! Free Networking Event In Sudbury
Starting at: 08:00 pm (20:00).
More Information: eventful.com.

I DO LIKE MONDAYS! Free Networking Event In Colindale
Starting at: 08:00 pm (20:00).
More Information: eventful.com.