Thurstaston in Wirral (England) with it's 160 habitants is a town located in United Kingdom about 179 mi (or 289 km) north-west of London, the country's capital town.

Time in Thurstaston is now 08:45 AM (Tuesday). The local timezone is named Europe / London with an UTC offset of one hour. We know of 10 airports closer to Thurstaston, of which 5 are larger airports. The closest airport in United Kingdom is Liverpool John Lennon Airport in a distance of 12 mi (or 19 km), East. Besides the airports, there are other travel options available (check left side).

There are several Unesco world heritage sites nearby. The closest heritage site in United Kingdom is Castles and Town Walls of King Edward in Gwynedd in a distance of 28 mi (or 46 km), South-West. Also, if you like the game of golf, there are some options within driving distance. In need of a room? We compiled a list of available hotels close to the map centre further down the page.

Since you are here already, you might want to pay a visit to some of the following locations: Wallasey, Flint, Neston, Holywell and Halkyn. To further explore this place, just scroll down and browse the available info. 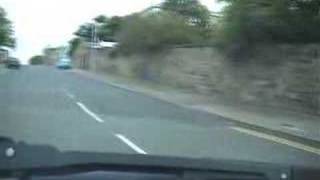 Check out this video too: http://youtu.be/yaXXpiwy4NQ Another car mounted camera trip around Wallasey, Wirral, Merseyside. This time we head down Rowson Street onto Marine Promenade in New... 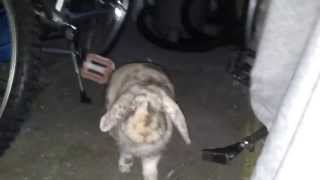 Stray rabbit finally caught. Fed. Watered. And rspca called. This rabbit randomly came into the garden and started eating the veg. We figured it may have escaped when someone was on holiday. 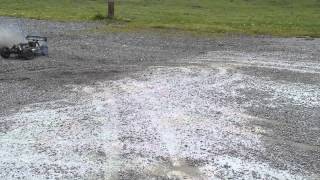 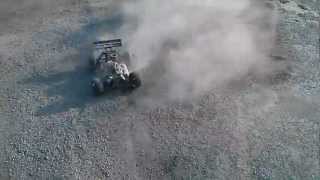 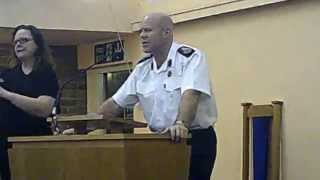 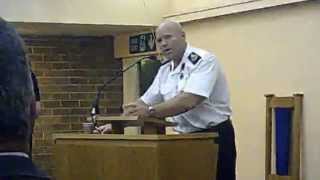 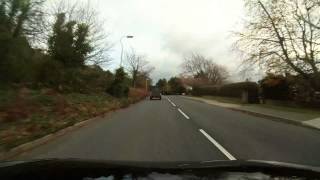 Coming out of West Kirby and heading over the Wirral Way on the B5141 Sandy Lane towards Hickory's. Then taking a right onto Village Road past the NewHall Garage. Carrying along Village Road... 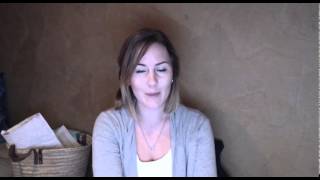 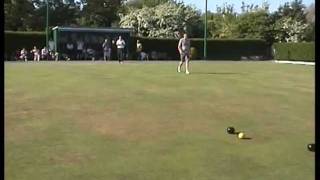 The Wirral Country Park is a country park on the Wirral Peninsula, England, lying both in the Metropolitan Borough of Wirral and the county of Cheshire. It was the first designated country park in Britain, opening in 1973. The park is based around the Wirral Way, which follows the track bed of part of the former Birkenhead Railway route from West Kirby to Hooton.

Royden Park and Thurstaston Common comprise an area of almost 250 acres of parklands, wood and heath at Frankby and Thurstaston respectively, within the Metropolitan Borough of Wirral, England. The Common is a designated Site of Special Scientific Interest (SSSI) and a designated Local Nature Reserve. From the top of the 298 ft Thurstaston Hill, on the Wirral Peninsula, are views of the Dee Estuary (itself an SSSI) and over the River Dee to the Clwydian Hills of Wales.

Located at 53.355, -3.135 (Lat. / Lng.), about 0 miles away.
Wikipedia Article
Parks and commons in Wirral (borough), Sites of Special Scientific Interest in Merseyside

Heswall Dales is an area of some 72 acres of lowland heath situated close to Heswall on the Wirral Peninsula, England. It is a Site of Special Scientific Interest (SSSI) and a Local Nature Reserve. Heswall Dales offers views of the Dee Estuary and over the River Dee the Clwydian Hills of Wales.

Located at 53.33, -3.116 (Lat. / Lng.), about 1 miles away.
Wikipedia Article
Parks and commons in Wirral (borough), Sites of Special Scientific Interest in Merseyside

Thurstaston railway station was a station on the single track Hooton to West Kirby branch of the Birkenhead Railway, on the Wirral Peninsula, England. The station served the village of Thurstaston situated to the north east. The Birkenhead Railway, owned jointly by the Great Western Railway (GWR) and London and North Western Railway (LNWR), had initially opened a branch line from Hooton to Parkgate in 1866.

St Bartholomew's Church, Thurstaston is located in the village of Thurstaston, Wirral, Merseyside, England. It is an active Anglican parish church in the diocese of Chester, the archdeaconry of Chester, and the deanery of Wirral North. The church is designated by English Heritage as a Grade II* listed building.

Paton Field is located on Telegraph Road, in Thurstaston, Wirral Peninsula, England. The stadium is the home of Caldy RFC.

Hill Bark Farmhouse is to the east of the house of Hill Bark, and south of the hamlet of Frankby, Wirral, England. It has been designated by English Heritage as a Grade II listed building. The farmhouse was built in 1875 for Septimus Ledward and designed by the Chester architect John Douglas. It was part of a model farm for Hill Bark. The house is constructed in stone with some timber framing and has a tiled roof.

Located at 53.3318, -3.1175 (Lat. / Lng.), about 1 miles away.
Wikipedia Article
Nature reserves in Merseyside, Sites of Special Scientific Interest in Merseyside

These are some bigger and more relevant cities in the wider vivinity of Thurstaston.