Great Meols in Wirral (England) is located in United Kingdom about 183 mi (or 294 km) north-west of London, the country's capital.

Local time in Great Meols is now 02:57 AM (Sunday). The local timezone is named Europe / London with an UTC offset of one hour. We know of 10 airports in the wider vicinity of Great Meols, of which 5 are larger airports. The closest airport in United Kingdom is Liverpool John Lennon Airport in a distance of 13 mi (or 22 km), East. Besides the airports, there are other travel options available (check left side).

There are several Unesco world heritage sites nearby. The closest heritage site in United Kingdom is Castles and Town Walls of King Edward in Gwynedd in a distance of 30 mi (or 48 km), South-West. Also, if you like golfing, there are multiple options in driving distance. If you need a place to sleep, we compiled a list of available hotels close to the map centre further down the page.

Depending on your travel schedule, you might want to pay a visit to some of the following locations: Wallasey, Hightown, Holywell, Neston and Flint. To further explore this place, just scroll down and browse the available info. 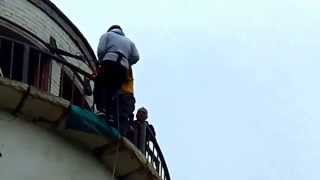 Cllr. Ian Lewis (for Moreton and Leasowe East) abseiling Leasowe Lighthouse in aid of St. John's Hospice and in memory of his mother, Dot. He's raised £438.00 so far.

Ringnecked parakeets and parrots at the pet store. Only 53 seconds

I am at JR's petstore in moreton, uk. 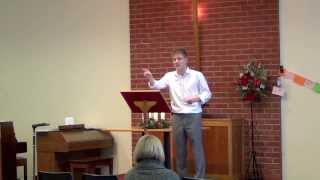 Christmas sermons can become very repetitive and you feel like you've heard it all before. Having studied Relational Theology I preached just before Christmas on the importance of the baby.... 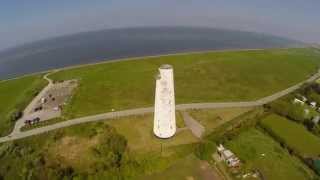 Leasowe lighthouse on the Wirral Merseyside. Just practicing some flyby's as the wind has had me grounded for the last 6 weeks. 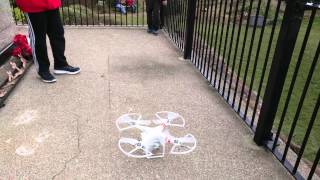 The War Memorial in West Kirby is an excellent place to take a drone for a spin - ironically drones being developed for war purposes but now childrens toys. The DJI Phantom 2 Vision+ attracted... 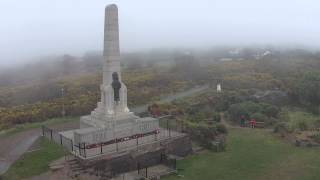 Taking the dji drone out above the memorial in west kirby. 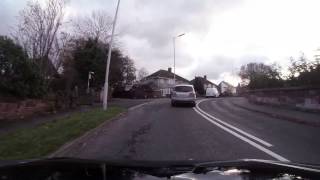 Using the GoPro Hero 3 Black Edition driving up the B5139 Black Horse Hill in West Kirby which leads onto Hilbre View. Follow this link now for more information on the Audi A3 http://bit.ly/JSRJu1. 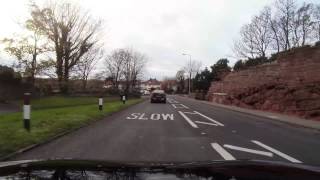 Heading from Hilbre View into West Kirby on Column Road

Coming down the hill on Hilbre View past the White Lion and into West Kirby past the West Kirby Concourse on Column Road then Grange Road (A540). Follow this link now for more information on...

Wirral West is a county constituency represented in the House of Commons of the Parliament of the United Kingdom. It elects one Member of Parliament (MP) by the first past the post system of election. In 2010, with 55,077 people eligible to vote, Wirral West had the smallest electorate of any constituency in England.

Meols railway station is situated in Meols, Wirral, England. It lies on the West Kirby branch of the Wirral Line, part of the Merseyrail network.

Manor Road railway station is situated between Hoylake and Meols on the Wirral Peninsula, England. It lies on the West Kirby branch of the Wirral Line, part of the Merseyrail network.

Meols Park and Recreation Ground is located in Meols on the Wirral Peninsula, England. Nearest village to Meols is Hoylake. Meols Park consists of a small playground area and a larger grassed area with a football kickabout area. The park straddles School Lane and is bordered by Mumfords Lane, Greenwood Road and Dovepoint Road. The Park is also on the Mockbeggar Trail which is a Tourist walk which takes in the Wirral Coastal Path.

Hoylake Holy Trinity C of E Primary School is a Christian school for 3- to 11-year-olds in the south of Hoylake, Wirral Peninsula, England. The school is under the control of the Metropolitan Borough of Wirral local education authority. The new building was established in 1979 by the Mayor of the Wirral alongside the school's Victorian era building.

Holy Trinity Church was the most prominent Anglican church in the seaside town of Hoylake, Wirral, England, until its demolition in 1976. It was consecrated on 1 November 1833, and in 1860 it became the Parish Church of Hoose, Little Hoose and Great Hoose. During its lifetime, 2 one daughter churches were built, the nearby St. Hildeburgh's, probably the only dedication to that saint, which is now used as the parish church for Hoylake, and St John's, now the parish church for Meols.

Hoylake Parade Community Centre is a multi-purpose public building located in Hoylake, Wirral, which serves as a community centre for the local area.

Ellerman Lines Cricket Ground was a cricket ground at the end of Carr Lane in Hoylake, Cheshire. The ground was surrounded by countryside on at least three sides, with the houses in George Road along the western flank of the ground built at some point during the period when the ground was in use. The cricket ground has been disused for approximately forty years.

These are some bigger and more relevant cities in the wider vivinity of Great Meols.

This place is known by different names. Here the ones we know:
Meolse, Great Meols