Seacombe in Wirral (England) is located in United Kingdom about 179 mi (or 288 km) north-west of London, the country's capital town.

Current time in Seacombe is now 01:22 PM (Monday). The local timezone is named Europe / London with an UTC offset of zero hours. We know of 9 airports close to Seacombe, of which 4 are larger airports. The closest airport in United Kingdom is Liverpool John Lennon Airport in a distance of 9 mi (or 14 km), South-East. Besides the airports, there are other travel options available (check left side).

There are several Unesco world heritage sites nearby. The closest heritage site in United Kingdom is Pontcysyllte Aqueduct and Canal in a distance of 31 mi (or 49 km), South. Also, if you like playing golf, there are some options within driving distance. If you need a hotel, we compiled a list of available hotels close to the map centre further down the page.

While being here, you might want to pay a visit to some of the following locations: Liverpool, Wallasey, Thornton, Ince Blundell and Hightown. To further explore this place, just scroll down and browse the available info. 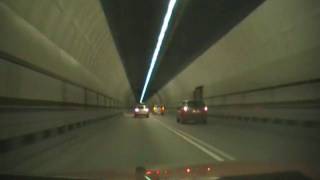 Driving through the Kingsway Tunnel (Wallasey to Liverpool). Saturday, 31st January 2009 Another video of the tunnel filmed on Saturday,18th February 2011 can be found here: http://www.youtube.co. 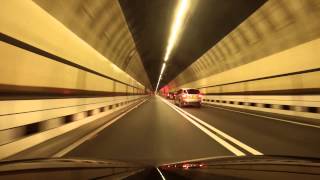 This is a video with a GoPro Hero 3 attached to the bonnet of the car going through one of the Mersey Tunnels. This is the Wallasey Tunnel and is from Liverpool to Wallasey. This is also known...

HMS Liverpool Salutes Cammell Laird's ship yard where she was built and the City of Liverpool on her final visit before she is decommissioned. 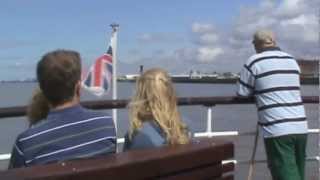 Taking a trip on the famous Mersey Ferry from Seacombe to Woodside then onto Pier Head, Liverpool before returning to Seacombe. 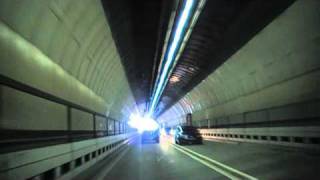 Driving Through The Kingsway Tunnel From Liverpool To Wallasey, England 2nd April 2011

Driving along through the Kingsway tunnel from Liverpool to Wallasey, England Videoed on Saturday, 2nd April 2011 Playlist: http://www.youtube.com/view_play_list?p=05F1A043B071EF77. 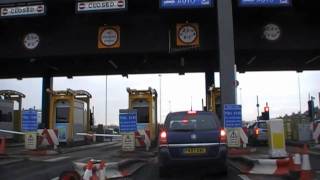 Driving Through The Kingsway Tunnel From Liverpool To Wallasey, England 19th February 2011

Driving along through the Kingsway tunnel from Liverpool to Wallasey, England Videoed on Saturday, 19th February 2011 Playlist: http://www.youtube.com/view_play_list?p=546D03AE1B80846B... 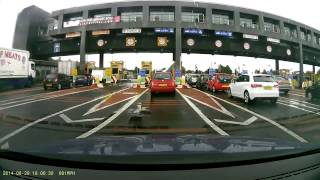 Dashcam video following a Transit van with an unsafe load which collided with one of the Pay booths at Liverpool Wallasey Tunnel entrance. The drainpipes sticking out from the van shattered... 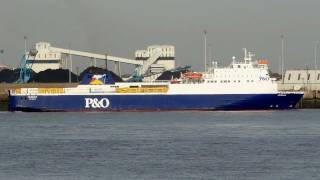 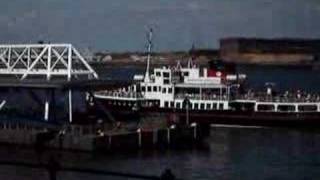 This is a Melanesian in UK production of the City of Liverpool, Merseyside, United Kingdom. Viewed from the Wirral on the other side of the River Mersey.

The Mersey Ferry is a ferry service operating on the River Mersey in north west England, between Liverpool and the Wirral Peninsula. Ferries have been used on this route since at least the 12th century, and continue to be popular for both local people and visitors. The current fleet consists of three vessels, which were all originally from the 1960s and were named Mountwood, Woodchurch and Overchurch.

Located at 53.416, -3.025 (Lat. / Lng.), about 1 miles away.
Wikipedia Article, Homepage
Transport in Merseyside, Ferries of England, Visitor attractions in Liverpool

The Kingsway Tunnel is a road tunnel under the River Mersey in Merseyside, northwest England, and runs between Liverpool and Wallasey. It is one and half miles (2.4 km) long and is often called the Wallasey Tunnel to distinguish it from the older Queensway Tunnel which runs between Liverpool and Birkenhead. The tunnel was constructed over a five-year period by Edmund Nuttall, after the Queensway Tunnel became unable to cope with modern volumes of traffic.

Located at 53.413, -3.01 (Lat. / Lng.), about 0 miles away.
Wikipedia Article
Transport in Liverpool, Transport in Merseyside, Toll tunnels in the United Kingdom, Road tunnels in England, Tunnels completed in 1971

Egerton Dock, is a dock at Birkenhead, Wirral Peninsula, England. Named after Sir Philip de Malpas Grey Egerton who laid the foundation stone in October 1844, the dock was completed in 1847. This was just prior to a suspension of the dock scheme, due to a financial crisis affecting the Birkenhead Dock Company. The dock was originally accessible to shipping from the Great Float and via the Morpeth Dock entrance from the River Mersey.

Morpeth Dock is a dock at Birkenhead, Wirral Peninsula, England. Built between 1844 and 1847, it also included a smaller branch dock to the east. It is named after Lord Morpeth, the 7th Earl of Carlisle, who was the First Commissioner of Woods and Forests. Originally, the dock connected directly to the River Mersey via locks, although the entrance channel has since been partially infilled and the locks removed after being disused for some years.

Alfred Dock is a dock at Birkenhead, Wirral Peninsula, England. The dock covers an area of 8 acres and provides access to the Great Float from the River Mersey. Of the existing two river entrances, only the north locks remain operational. Tower Road, which links Birkenhead with the Seacombe area of Wallasey, divides Alfred Dock from the Great Float via a bascule bridge. This bridge is the last remaining of the former Four Bridges which crossed the dock system at this point.

The Wallasey Dock, was a dock at Birkenhead, Wirral Peninsula, England. It opened in 1877, replacing the Great Low Water Basin, which had opened directly onto the River Mersey to the east. Situated between Alfred Dock to the north and Morpeth Dock to the south, access to the river was westwards through the Great Float. In 2001, Wallasey Dock was filled to provide space for a vehicle park at the new Twelve Quays roll on-roll off ferry terminal nearby.

HMS Bronington is a Ton-class minesweeper of the Royal Navy, launched on 19 March 1953. This mahogany-hulled minesweeper is one of the last of the "wooden walls" (wooden-hulled naval vessels). After being decommissioned from service, the ship was purchased in January 1989 by the Bronington Trust, a registered charity, whose patron Charles, Prince of Wales commanded this vessel in 1976.

Seacombe railway station was a railway station located in Wallasey, Wirral, England. It was the terminus of a small branch line that ran from Seacombe Junction to opposite the ferry terminal at Seacombe, adjacent to the River Mersey. It was opened on 1 June 1895 as part of the Wirral Railway, with only one other station on the stretch of line. The station's single platform was largely of timber construction with a small wooden waiting shelter near the exit.

The Twelve Quays ferry terminal is located on the River Mersey at Birkenhead, Wirral Peninsula, England. The terminal was opened in Summer 2002 at a cost of £25m. It is used for transporting passengers and freight between Merseyside and Belfast, Northern Ireland and Dublin, Republic of Ireland. Owned by Mersey Docks and Harbour Company, the terminal replaces facilities at Brocklebank and Canada docks at Liverpool & reduces voyage times between Liverpool and Ireland by 90 minutes.

Wirral Transport Museum is a museum situated approximately 0.5 miles from the Mersey Ferry service at Woodside, Birkenhead, England. A vintage tram service links the museum and the ferry at certain times. Admission into the museum is free with a broad selection of vintage and classic vehicles, including trams, buses, cars, bikes, and a fire engine. It also includes views of ongoing projects in the museum's workshops, a 26 feet long model railway layout and a reconstructed 1930s garage scene.

Spaceport is a tourist attraction in Seacombe, Wallasey, Merseyside, North West England. The attraction's main topic of interest is space and space travel suited to visitors aged 7 or older. Visitors learn about space as they walk through different themed galleries, which all have a variety of interactive and audio-visual exhibits. Spaceport was opened on 26 July 2005 by Merseytravel Chairman Mark Dowd.

Located at 53.409, -3.017 (Lat. / Lng.), about 0 miles away.
Wikipedia Article, Homepage
Museums in Merseyside, Science museums in the United Kingdom, Buildings and structures in Wirral (borough)

These are some bigger and more relevant cities in the wider vivinity of Seacombe.

Clive Anderson: Me, Macbeth And I
Starting at: no exact start time given.
More Information: eventful.com.