Beckenham in Greater London (England) with it's 82,000 habitants is located in United Kingdom a little south-east of London, the country's capital town.

Current time in Beckenham is now 11:58 PM (Monday). The local timezone is named Europe / London with an UTC offset of one hour. We know of 8 airports close to Beckenham, of which 5 are larger airports. The closest airport in United Kingdom is London Biggin Hill Airport in a distance of 6 mi (or 10 km), South-East. Besides the airports, there are other travel options available (check left side).

There are several Unesco world heritage sites nearby. The closest heritage site in United Kingdom is Tower of London in a distance of 8 mi (or 13 km), North-East. Also, if you like playing golf, there are some options within driving distance. We encountered 4 points of interest near this location. If you need a hotel, we compiled a list of available hotels close to the map centre further down the page.

While being here, you might want to pay a visit to some of the following locations: Catford, Bromley, Croydon, Camberwell and Poplar. To further explore this place, just scroll down and browse the available info. 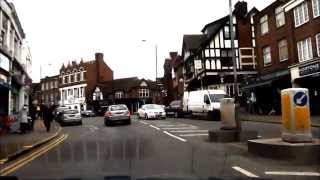 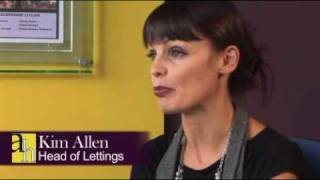 A brief introduction to our Company and the service we provide. 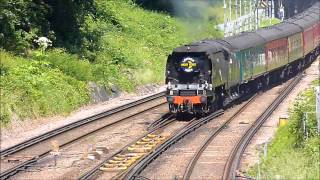 34067 Tangmere passing through Ravensbourne as it comes off the Catford Loop and takes the fly-under to Shortlands. The train was 1Z87 from Nottingham to Canterbury West (although Tangmere... 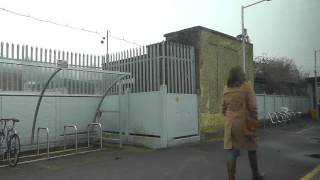 Eden Park to Hayes on Southeastern 465014 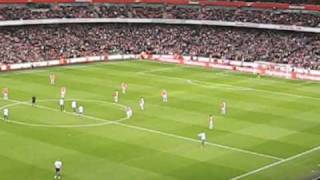 My family took a trip to London and had the great fortune to see two Premier League Football games: Aston Villa - Arsenal, and Chelsea - Fulham. 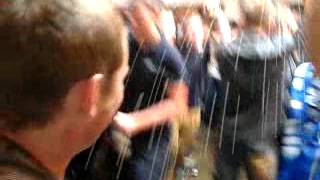 losing 1-0 at Half then us Wednesday fans sing at Half time just like we always do. 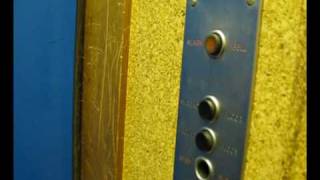 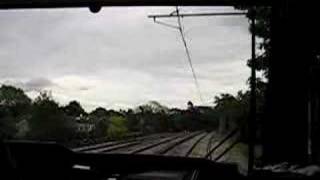 A view through the front driver's compartment of a Croydon Tramlink tram from Beckenham Road stop to Beckenham Junction stop. 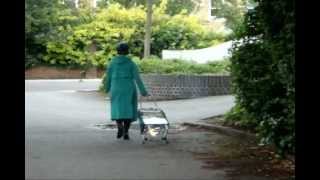 When I was in London, I had the chance to meet in person Mail Art Martha and see her famous Shopping Trolley Art Gallery. We both agreed that there is no reason not to share these moments... 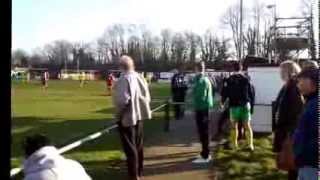 Southern Counties East Football League - 08/03/14 at Eden Park Avenue. The players come out for the 2nd half, followed by some of the 2nd half action - including Beckenham going 2-1 ahead,...

The London Borough of Lewisham is a London borough in south-east London, England and forms part of Inner London. The principal settlement of the borough is Lewisham. The local authority is Lewisham London Borough Council and it is based in Catford. The Prime Meridian passes through Lewisham.

Croydon Road Recreation Ground is a public park located in Beckenham in the London Borough of Bromley. It is near the High St and adjacent to Beckenham Hospital. The park features a café and bandstand, as well as a bowling green and other sports facilities. The United Kingdom’s first manned airmail flight left from here in 1902, travelling to Calais by hot air balloon The event was held to celebrate the coronation of King Edward VII. The crew were. A E Gaudron, a French balloonist and Dr.

Beckenham was a local government district in north west Kent from 1878 to 1965 around the town of Beckenham. The area was suburban to London, formed part of the Metropolitan Police District and from 1933 was included in the area of the London Passenger Transport Board.

Kelsey Park is a public park in Beckenham in the BR3 postcode area in the borough of Bromley, South London. It historically formed the landscaped park of the Kelsey Manor Estate. The last mansion on the Estate was a rambling Gothic Revival house with a matching chapel built in 1869. By the late 19th century the manor house no longer functioned as a private manor and instead became first a convent and then a school for girls.

Harris Academy Beckenham (formerly Kelsey Park Sports College) is a secondary school located in Beckenham in the London Borough of Bromley. The academy is run by the Harris Federation.

The Kent County Cricket Ground (previously known as the Lloyd's TSB Sports and Social Club Ground and also occasionally known as the New County Ground) is a cricket ground in Beckenham, England. Although the ground was first used by the Kent 1st XI in 1954 – when it hosted a County Championship match against Gloucestershire – it has since only hosted one Championship match and two matches in what it is now known as the Pro40 League, and has mainly been used for Twenty20 matches.

Foxgrove Road, home to Beckenham Cricket Club, a multi-sports club, is a former first-class cricket venue located in Beckenham, England. It was used by Kent County Cricket Club as an outground for 14 matches between 1886 and 1905. The ground also hosted a Players of the South v Players of the North fixture in 1887. The ground earned a reputation as one for low team scores: ten all out totals of under 100 were recorded on the ground.

St. George’s Church, Beckenham is the Church of England parish church of Beckenham, Kent. St George's church is the principal parish church, and is in the centre of Beckenham. It has been extensively rebuilt, but has a 13th century lychgate that is said to be the oldest in England. The church was originally built in the twelfth century and survived as a “humble medieval church until it was rebuilt 1885-1887 as a “confident town church” by local architect W.

Beckenham Place Park is located near Beckenham in the London Borough of Lewisham. The Park lies on the Lewisham/Bromley border strictly speaking between Downham, Bellingham, Beckenham and Shortlands. It was acquired from the Cator Estate by the LCC circa 1927. It is a Local Nature Reserve and a Site of Metropolitan Importance for Nature Conservation.

Park Langley is a suburb of Beckenham, London which was first developed in the 1900s on the historic Langley Park Estate by H & G Taylor Builders. The initial phase (1909–1913) was laid out under the influence of the garden city movement with individual houses in a generous sylvan landscape. The layout of the estate and the design of most of the houses was entrusted to Reginald C Fry. Other architects who designed houses for this initial phase were Edgar Underwood, H. T.

The Langley Park Estate was an historic country house estate on the south side of Beckenham, Kent. Over the centuries the estate was owned by the Malmains, Style, Elwill and Burrell families. The Langley Farm forming the west side of the estate was sold in the 1880s. By 1903 the remaining Estate and mansion were vacant. It was bought by H & G Taylor Builders who began developing the land as the Park Langley Estate in 1910. They retained the mansion as the club house to their new golf club.

The Kent Championships was a tennis tournament held in Beckenham, Kent, England between 1886 and 1996. The tournament was played on outdoor grass courts at Foxgrove road, Beckenham and was held in the second half of June or early July. From 1887 until 1910 the tournament was organized as an All-Comers event, the winner of which would play the title holder from previous year in the Challenge Round.

These districts belong to Beckenham.

These are districts that are close by, but belong to a different city than Beckenham.

These are some bigger and more relevant cities in the wider vivinity of Beckenham.