Charlton in Greater London (England) is located in United Kingdom a little east of London, the country's capital town.

Current time in Charlton is now 03:55 AM (Wednesday). The local timezone is named Europe / London with an UTC offset of zero hours. We know of 7 airports close to Charlton, of which 5 are larger airports. The closest airport in United Kingdom is London City Airport in a distance of 2 mi (or 2 km), North-East. Besides the airports, there are other travel options available (check left side).

There are several Unesco world heritage sites nearby. The closest heritage site in United Kingdom is Tower of London in a distance of 2 mi (or 4 km), North-East. Also, if you like playing golf, there are some options within driving distance. We encountered 3 points of interest near this location. If you need a hotel, we compiled a list of available hotels close to the map centre further down the page.

While being here, you might want to pay a visit to some of the following locations: Woolwich, East Ham, Poplar, Catford and Ilford. To further explore this place, just scroll down and browse the available info. 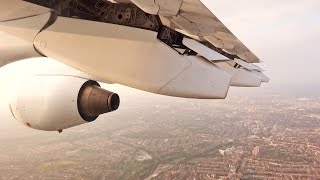 Landing at London City Airport (LCY / EGLC) on a Cityjet Avro RJ85 after a short flight from Amsterdam, with stunning views over London on the approach. PLEASE READ: After flying on Garuda... 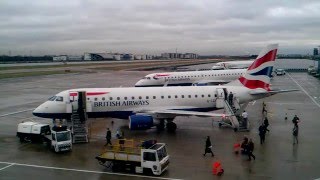 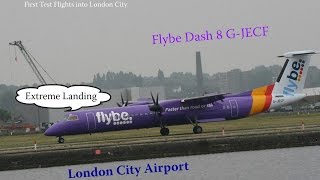 Watch in FULL HD The majority of you in my last video asked for the 'Special' one. So here we have it. On September the 11th 2014, whilst in London I decided to visit London City Airport whilst I was. 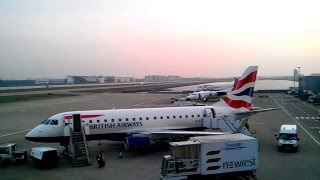 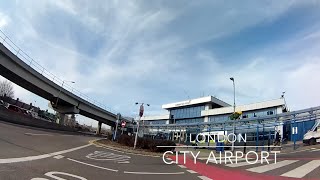 London City Airport (IATA: LCY, ICAO: EGLC) is an international airport in London. It is located on a former Docklands site in the London Borough of Newham, some 6 NM (11 km; 6.9 mi) east of... 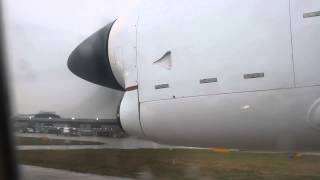 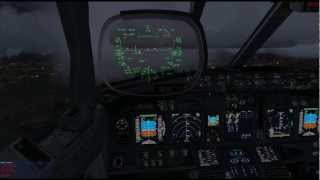 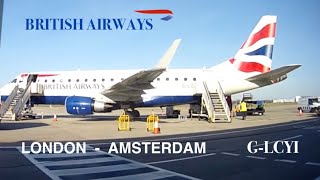 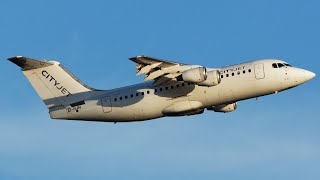 The Valley is a 27,111-capacity sports stadium in Charlton, London, England and is the home of Charlton Athletic Football Club.

For the Prince Regent's palace in London, see Carlton House. Among several English houses with the name Charlton House, the most prominent is a Jacobean building in Charlton, London. It is regarded as the best-preserved ambitious Jacobean house in Greater London. It was built in 1607-12 of red brick with stone dressing, and has an "E"-plan layout. The interior features a great hall, chapel, state dining room, saloon and gallery.

Maryon Park is an urban public park located in Charlton in the Royal Borough of Greenwich. It is situated on the A206 south of the Thames Barrier. There is access from Woolwich Road, Charlton Lane and Thorntree Road.

Hanging Wood was a former woodland area now located in south London, which covered a geographical area between Woolwich Common and Charlton. Hanging Wood was a hideout for the highwaymen, who operated on Shooter's Hill and Blackheath. Part of the Hanging Wood is preserved as Maryon Wilson Park in the Royal Borough of Greenwich.

New Charlton is the area along the south bank of the River Thames at Charlton, London, and forms part of the Royal Borough of Greenwich. It was historically primarily an industrial zone.

The MV Royal Iris is a twin screw, diesel-electric, former Mersey Ferry. The vessel was built by William Denny & Brothers of Dumbarton (Yard No. 1448) and launched in December 1950, costing £256,000. Her engines were produced by Ruston & Hornsby Metropolitan-Vickers. Propulsion: 4 oil 4SA, each six cylinders driving four generators, each 300 kW/300v DC-connected to two electric motors, each 730shp and 2 shafts. Her maximum speed is 12 knots. Her weight is 1,234 gross tonnes.

Barrier Gardens Pier is a pier on the River Thames near the Thames Barrier. It is owned and managed by the Port of London Authority (PLA) which took over the pier and adjoining Unity House from the Environment Agency and Sargent Brothers in 2009. The PLA use the pier as a base for their Driftwood craft and upper river harbour patrol vessels. The pier is also used by external companies to moor at and embark/disembark passengers to the Thames Barrier Visitor Centre.

Maryon Wilson Park is a public park on Thorntree Road, Charlton, in the Royal Borough of Greenwich. It is a Local Nature Reserve. The park is known for its animal park where tours are conducted (although not required), tours typically take two hours and give children the opportunity to feed, pet and interact with the animals. Free public tours are led by the Park Ranger Service every Wednesday starting at 1.30pm. Tours also take place on Monday and Friday at 1.30pm during school holidays.

The Unity Cup was an international football tournament held in May and June 2004 at The Valley Stadium, London. Nigeria, Jamaica and Ireland were the competing sides. Nigeria won the competition with Ireland finishing second. The competitors were countries with large communities in London.

Bridon Ropes F.C. is an English football club located in Charlton, in the Royal Borough of Greenwich. The club plays in the Kent Invicta Football League.

Meridian F.C. is an English football club located in Woolwich, in the Royal Borough of Greenwich. The club is affiliated to the Kent County Football Association and is a FA chartered Standard Club. The club plays in the Kent Invicta Football League.

Located at 51.4888, 0.0418 (Lat. / Lng.), about 0 miles away.
Wikipedia Article
Sites of Special Scientific Interest in London, Parks and open spaces in Greenwich, Geology of London

These are some bigger and more relevant cities in the wider vivinity of Charlton.

This place is known by different names. Here the ones we know:
チャールトン, 查爾頓