Gothic Quarter
District of Barcelona
in Barcelona of Catalonia, Spain

Since you are here already, you might want to pay a visit to some of the following locations: Badalona, Sant Just Desvern, Ripollet, Sant Cugat del Valles and Sant Feliu de Llobregat. To further explore this place, just scroll down and browse the available info. 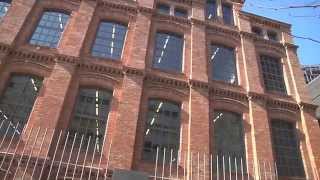 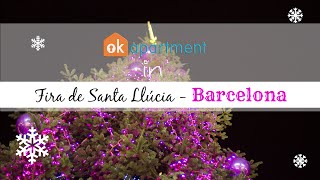 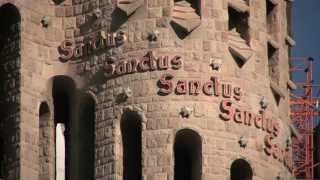 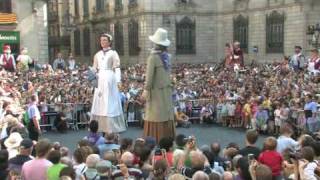 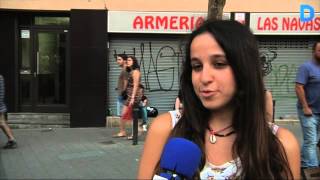 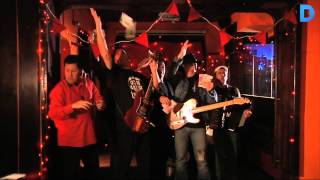 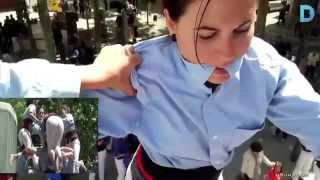 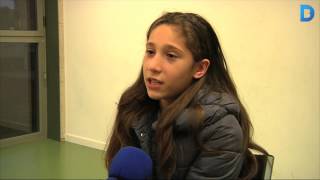 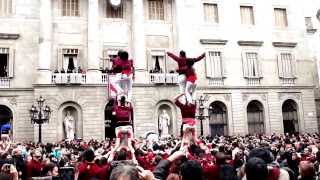 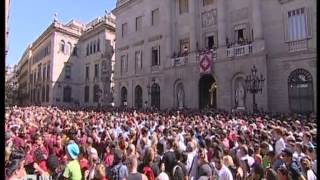 The Palau de la Música Catalana (English: Palace of Catalan Music) is a concert hall in Barcelona. Designed in the Catalan modernista style by the architect Lluís Domènech i Montaner, it was built between 1905 and 1908 for the Orfeó Català, a choral society founded in 1891 that was a leading force in the Catalan cultural movement that came to be known as the Renaixença (Catalan Rebirth). It was inaugurated February 9, 1908.

The Gran Teatre del Liceu, or simply Liceu in Catalan and Liceo in Spanish, is an opera house on La Rambla in Barcelona, Catalonia, Spain. The Liceu opened on April 4, 1847.

La Rambla is a street in central Barcelona, popular with tourists and locals alike. A tree-lined pedestrian mall, it stretches for 1.2 kilometers between Barri Gòtic and El Raval, connecting Plaça de Catalunya in the centre with the Christopher Columbus Monument at Port Vell.

The Institut d'Estadística de Catalunya (Statistical Institute of Catalonia, usually referred to by its acronym IDESCAT) is the official body responsible for collecting and publishing statistics in the autonomous community of Catalonia, Spain. It is under the responsibility of the Department of the Economy and Finances of the Generalitat de Catalunya.

The Mercat de Sant Josep de la Boqueria, often simply referred to as La Boqueria, is a large public market in the Ciutat Vella district of Barcelona, Catalonia, Spain and one of the city's foremost tourist landmarks, with an entrance from La Rambla, not far from the Liceu, Barcelona's opera house. The market has a very diverse selection of goods.

Via Laietana is the name of a major thoroughfare in Barcelona, Catalonia, Spain in the Ciutat Vella district.

Els Quatre Gats, often written Els 4 Gats, was a café in Barcelona which opened on 12 June 1897. It also operated as a hostel, a cabaret, a pub and a restaurant. Active until 1903, Els Quatre Gats became one of the main centers of Modernisme in Barcelona. The artist Ramon Casas i Carbó largely financed this bar on the ground floor of Casa Martí (1896), a building by the architect Josep Puig i Cadafalch in Carrer Montsió near the center of Barcelona.

Jaume I is a station in the Barcelona Metro network, located under Via Laietana, an important avenue in Ciutat Vella, right between Plaça de Ramon Berenguer el Gran and Plaça d'Emili Vilanova. It can be accessed from Plaça de l'Àngel and Carrer d'Argenteria, on the other side of Via Laietana. It currently serves Transports Metropolitans de Barcelona-operated L4, but was originally designed in 1926 as one of the stations of the first L3 service, a section of which became L4.

Liceu is a Barcelona Metro station situated under La Rambla between Gran Teatre del Liceu and Mercat de la Boqueria in the Barri Gòtic, part of Barcelona's district of Ciutat Vella. Uniquely, the station has two independent halls and each one leads only to one platform because of the narrow space available under La Rambla. Therefore, it is important for travellers to choose the correct one.

Plaça Reial (In Spanish Plaza Real, meaning "Royal Plaza") is a square in the Barri Gòtic of Barcelona, Catalonia, Spain. It lies next to La Rambla and constitutes a well-known touristic attraction, especially at night. On the plaza are a large number of restaurants and some of the city's most famous nightclubs including Sidecar, Jamboree or Karma.

The Ancient Synagogue of Barcelona is believed to be an ancient synagogue located in the centre of Barcelona, Catalonia, Spain. It has been described as one of the oldest synagogues in Europe. After many centuries of use for other purposes, the building re-opened as a synagogue and museum in 2002. No congregation prays regularly at the Sinagoga Major, but it is used for festive occasions.

The Casa Martí is a modernista building designed by Josep Puig i Cadafalch in 1896, having been commissioned by relatives of Francesc Vilumara, a textile magnate. It stands at Carrer Montsió, 3, Barcelona. Striking features of the building, more northern-European than Catalan in appearance, are the large pointed arches on the ground floor containing stained-glass windows, the curious ornamentation of the upper-floor windows and the balconies in Flamboyant style.

Located at 41.3856, 2.17347 (Lat. / Lng.), about 1 miles away.
Wikipedia Article
Buildings and structures in Barcelona, Modernisme architecture in Barcelona, Josep Puig i Cadafalch buildings,

The Cercle Artístic de Sant Lluc (meaning in English "Saint Lluc Artists' Circle") is an arts society which was founded in Barcelona in 1893 by Joan Llimona, Josep Llimona, Antoni Utrillo, Alexandre de Riquer, the city councillor Alexandre M. Pons and a group of artists who were followers of bishop Josep Torras i Bages, as a reaction to the anticlerical current present in modernisme and in the Cercle Artístic de Barcelona, which they considered to be frivolous.

Santa Maria del Pi (meaning "St. Mary of the Pine Tree") is a 14th century Gothic church in Barcelona, Catalonia, Spain. It is situated on the Plaça del Pi, in the Barri Gòtic district of the city.

The Palau Reial Major ("Grand Royal Palace") is a complex of historic buildings in Barcelona, Catalonia, Spain. It was a residence of the counts of Barcelona and, later, of the Kings of Aragon. It is composed of three distinct edifices: the Saló del Tinell, built by King Peter IV in 1359-1362 the Palatine Chapel of St. Agatha (1302), built under King James II the Palau del Lloctinent (1549), built by Charles V.