Badalona
in Barcelona of Catalonia, Spain

Badalona in Barcelona (Catalonia) with it's 219,547 habitants is a town located in Spain about 319 mi (or 513 km) east of Madrid, the country's capital town.

Time in Badalona is now 11:40 PM (Sunday). The local timezone is named Europe / Madrid with an UTC offset of one hour. We know of 9 airports closer to Badalona, of which 3 are larger airports. The closest airport in Spain is Sabadell Airport in a distance of 9 mi (or 14 km), North-West. Besides the airports, there are other travel options available (check left side).

There are several Unesco world heritage sites nearby. The closest heritage site in Spain is Works of Antoni Gaudí in a distance of 6 mi (or 9 km), South-West. We saw 10 points of interest near this location. In need of a room? We compiled a list of available hotels close to the map centre further down the page.

Since you are here already, you might want to pay a visit to some of the following locations: Montgat, Alella, Montornes del Valles, Vallromanes and Ripollet. To further explore this place, just scroll down and browse the available info.

The Level at Meliá Barcelona Sky 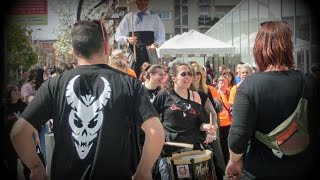 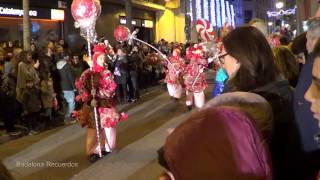 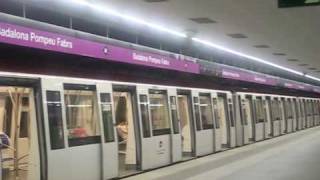 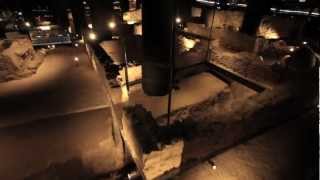 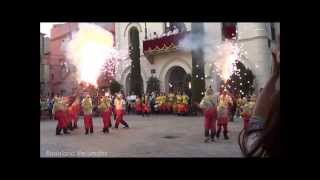 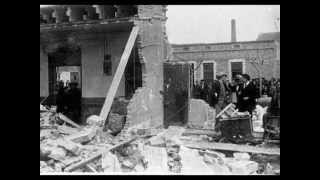 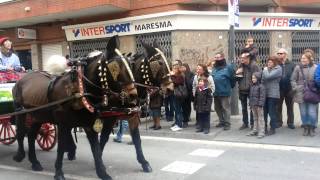 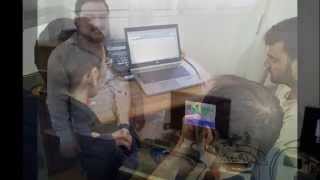 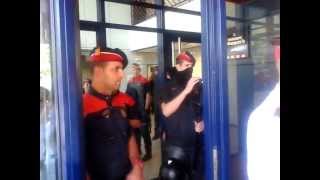 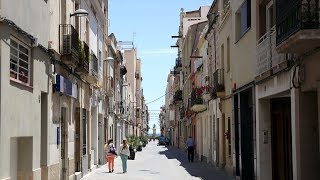 http://davidsbeenhere.com/ David's Been Here takes us on another fantastic adventure in the Spanish region of Catalunya (Catalonia) to the beachside town of Badalona. Just a metro ride away...

Palau Municipal d'Esports de Badalona, most frequently called the Pavelló Olímpic de Badalona is an arena in the Gorg area of Badalona, Catalonia, Spain. The arena holds 12,500 people, and it is primarily used for basketball, though it's also an habitual home for music concerts and other municipal events.

Line 2 is a metro line in Barcelona operated by TMB, coloured purple and sometimes simply called línia lila. It's part of the city's ATM fare-integrated transport network. As for its architecture, it's not too different from older Barcelona Metro lines when it comes to the network's trademark sobriety and lack of ornament, but is noticeably more illuminated and incorporates some more modern architectural principles —as it was built in the 1990s— and its stations feature some unique designs.

Pep Ventura is the name of a Barcelona metro station located in the municipality of Badalona, in the metropolitan area of Barcelona, and served by L2. It was the northern terminus of that line until 2010, when it was extended into the town centre and into the station Badalona Pompeu Fabra. It was opened in 1985, then as part of L4, which had been extended to there from La Pau. In 2002, though, that branch became part of L2.

Line 10 (Zona Franca ZAL - Gorg) is the name of one of the two branches of the Barcelona metro extension line 9, currently under construction and to be operated by TMB.

Gorg is a Barcelona Metro and Trambesòs complex named after the neighbourhood of the same name where the station is situated, in Badalona municipality. It is located on Avinguda del Marquès de Mont-Roig and very close to Palau Municipal d'Esports de Badalona, the home arena of the professional basket club Joventut de Badalona. It is served by TMB-operated Barcelona Metro lines L2 and L10, and Trambesòs route T5.

Located at 41.445, 2.23972 (Lat. / Lng.), about 1 miles away.
Wikipedia Article
Buildings and structures in Badalona, Modernisme architecture in Catalonia

These districts belong to Badalona.

These are districts that are close by, but belong to a different city than Badalona.

These are some bigger and more relevant cities in the wider vivinity of Badalona.