Valencia
in Valencia of Valencia, Spain

Current time in Valencia is now 02:08 AM (Tuesday). The local timezone is named Europe / Madrid with an UTC offset of one hour. We know of 8 airports near Valencia, of which two are larger airports. The closest airport in Spain is Valencia Airport in a distance of 6 mi (or 9 km), West. Besides the airports, there are other travel options available (check left side).

There are several Unesco world heritage sites nearby. The closest heritage site in Spain is Rock Art of the Mediterranean Basin on the Iberian Peninsula in a distance of 38 mi (or 62 km), North-West. We encountered 6 points of interest in the vicinity of this place. If you need a hotel, we compiled a list of available hotels close to the map centre further down the page.

While being here, you might want to pay a visit to some of the following locations: Tavernes Blanques, Sedavi, Alboraya, Mislata and Bonrepos i Mirambell. To further explore this place, just scroll down and browse the available info. 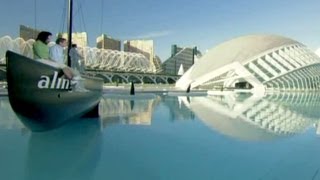 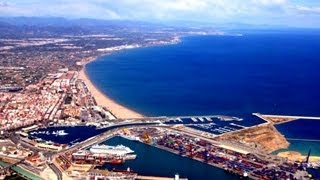 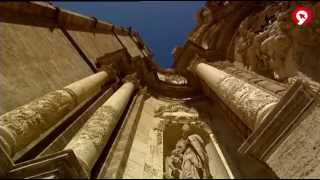 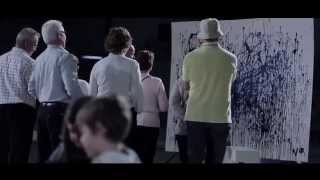 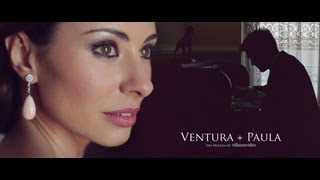 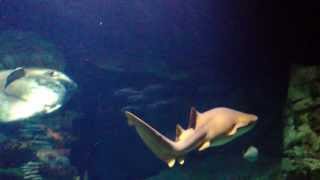 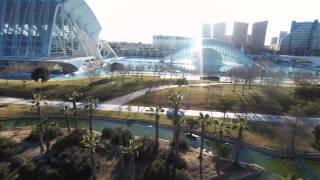 Parrot Bebop - A trip in Spain

January 2015 - selection of some great shots taken with my Bebop drone around Valencia in Spain. It's a simple editing without any additional post prod. 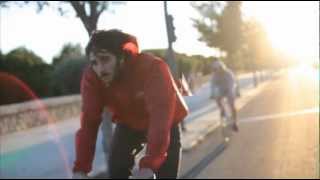 The Valencia Metro derailment occurred in Valencia, Spain's third largest city, on July 3, 2006, at 1 p.m. CEST between Jesús and Plaça d'Espanya stations on the Line 1 of the Metrovalencia mass transit system. At least 43 people were killed and more than ten were seriously injured. El País reports that Valencian forensic scientists have identified all but one of the victims — a woman whose family has not claimed her.

Located at 39.4758, -0.375 (Lat. / Lng.), about 0 miles away.
Wikipedia Article
Cathedrals in Spain, Buildings and structures in Valencia, Conversion of non-Christian places of worship into churches, Basilica churches in Spain, Former mosques, Gothic architecture in Spain, Churches in the Valencian Community, Visitor attractions in Valencia

The Pelayo trinquet (Valencian: trinquet de Pelayo) is one of the most renowned trinquets courts of the Valencian pilota sport in Valencia. The most important Escala i corda competitions, such as the Circuit Bancaixa, have their final matches played there.

The Valencian Museum of Ethnology (Museu Valencià d´Etnologia) was created in 1982. The museum exists to both stimulate research and engage in public education in the fields of ethnology and anthropology; it more specifically intends to make people aware on the cultural diversity of the Region of Valencia, focussing on traditional Valencian culture and its development towards an industrialised society; it shows this as an aspect of the overall field of culture derived from the Mediterranean.

The Corts Valencianes are the main legislative body of the Generalitat Valenciana and therefore of the Valencian Community. The main location of the Corts is in the Palace of Benicarló in Valencia; however it can meet at any location in Valencian territory. The Corts has its origins in bodies established in the thirteenth century by King James I of Aragon. The modern institution was established in 1982 under the Valencian statute of autonomy of 1982.

Plaza de Toros de Valencia is a bullring in València, Spain. It is currently used for bull fighting. The stadium holds 12,884 people. It was built in 1851. The Valencian bullring, situated next to the North Station, was built between 1850 and 1860 and the architect was Sebastian Monleon. Located at 28 Carrer de Xàtiva Valencia, V 46004 Spain

Mercado Central is a public market located in Valencia, Spain. It is generally considered one of the oldest European markets still running. Most vendors sell food items, however, souvenir shops and restaurants are located inside the market as well. It is a popular location for tourists and locals alike.

Located at 39.4748, -0.379589 (Lat. / Lng.), about 0 miles away.
Wikipedia Article, Homepage
Retail markets in Spain, Buildings and structures in Valencia, Visitor attractions in Valencia

Valencia Catholic University Saint Vincent Martyr (in Spanish language Universidad Católica de Valencia San Vicente Mártir) is a private, catholic university, located in Valencia, Spain. It's named after Saint Vincent of Saragossa and it was established on the feast of the Immaculate Conception, December 8, of the year 2003.

Located at 39.4703, -0.38 (Lat. / Lng.), about 0 miles away.
Wikipedia Article, Homepage
Roman Catholic universities and colleges in Spain, Education in Valencia, Educational institutions established in 1996, Buildings and structures in Valencia

The Prehistory Museum of Valencia is a museum of the city of Valencia that exposes archaeological materials covering from Paleolithic to the Visigoths period. From 1982 it has been part of The Old House of Charity, built in 1841 which highlights the Byzantine style church built in 1881. In 1995 began the complete restoration of the building, carried out by the architect Rafael Rivera.

The Museu de Belles Arts de València is an art gallery in Valencia, Spain, founded in 1913. It houses some 2,000 works, most dating from the 14th-17th centuries, including a Self portrait of Diego Velázquez, a St. John the Baptist by El Greco, Goya's Playing Children, Gonzalo Pérez's Altarpiece of Sts. Ursula, Martin and Antony and a Madonna with Writing Child and Bishop by the Italian Renaissance master Pinturicchio. It also houses a large series of engravings by Giovan Battista Piranesi.

Located at 39.479, -0.371 (Lat. / Lng.), about 1 miles away.
Wikipedia Article, Homepage
Museums in Valencia, Museums established in 1913, Art museums and galleries in Spain, Visitor attractions in Valencia

The Torres de Serrans or Porta de Serrans is one of the twelve gates that were found along the old medieval city wall in Valencia, Spain. It is considered one of Valencia's most iconic buildings and is one the best conserved monuments in the city.

These districts belong to Valencia.

These are some bigger and more relevant cities in the wider vivinity of Valencia.