Girona
in Girona of Catalonia, Spain

Current time in Girona is now 05:31 AM (Wednesday). The local timezone is named Europe / Madrid with an UTC offset of one hour. We know of 11 airports close to Girona, of which 4 are larger airports. The closest airport in Spain is Girona Airport in a distance of 7 mi (or 11 km), South-West. Besides the airports, there are other travel options available (check left side).

There are several Unesco world heritage sites nearby. The closest heritage site in Spain is Works of Antoni Gaudí in a distance of 52 mi (or 84 km), South-West. We encountered 7 points of interest near this location. If you need a hotel, we compiled a list of available hotels close to the map centre further down the page.

While being here, you might want to pay a visit to some of the following locations: Salt, Sarria de Ter, Fornells de la Selva, Sant Julia de Ramis and Vilablareix. To further explore this place, just scroll down and browse the available info. 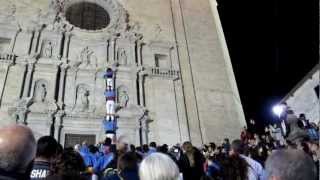 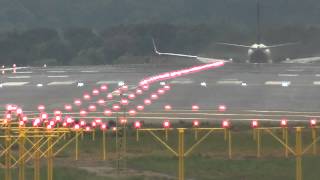 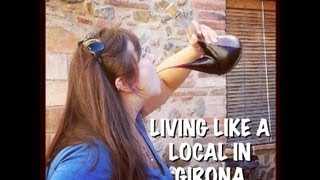 http://www.TravelYourself.ca On my recent visit to Spain I toured around the Costa Brava area of Catalonia and spent a lot of time in the city of Girona. While there I took a 3 day 2 night... 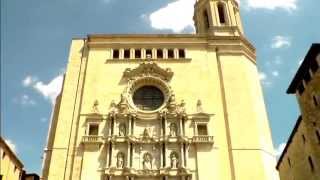 Girona is a city in the northeast of Catalonia, Spain at the confluence of the rivers Ter, Onyar, Galligants and Güell, with an official population of 96722 in January 2011. It is the capital... 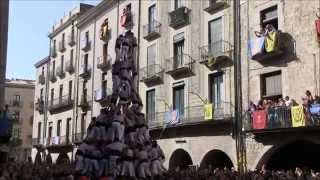 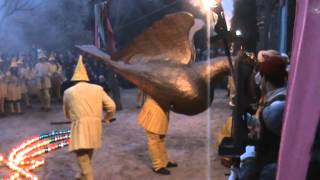 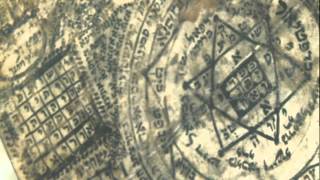 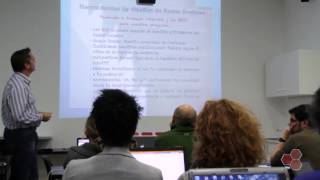 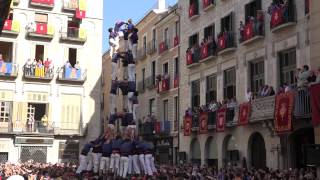 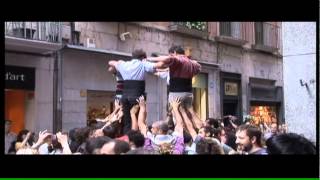 The University of Girona is located in the city of Girona, Catalonia, Spain. It was founded in 1991, and as of 2010 consists of several campus and buildings across Girona: Barri Vell, Emili Grahit, Campus de Montilivi, Parc Científic i Tecnològic and Campus del Mercadal. A sixth one, Campus de Ciències de la Salut, will be built in the near future.

The Onyar is a river in Catalonia that begins at the Guilleries massif at the apex of the Catalan Transversal Range and the Pre-Coastal Range. It joins the Ter at the city of Girona.

The Cathedral of Saint Mary of Girona is the cathedral church of the Roman Catholic Diocese of Girona, located in Girona, Catalonia, Spain. Its interior includes the widest Gothic nave in the world, with a width of 22 metres, and the second widest overall after that of St. Peter's Basilica. Its construction was first started in the 11th century in Romanesque style, and later continued in the 13th century in Gothic style.

Palau Girona-Fontajau is an arena in Girona, Catalonia, northern Spain, that holds 5,049 people. It is primarily used for basketball and is the home arena of CB Girona. The building was designed in 1993 by the architects Esteve Bonell and Josep M. Gil and was opened on September 4th, 1993. It is structured in two levels, one for the public (the high level) and another, of which use is restricted to the sportsmen (the low level), with differentiated entries.

El Celler de Can Roca is a restaurant in Girona, Catalonia, Spain which was opened in 1986 by the Roca brothers, Joan, Josep and Jordi. It was first located next to their parent's restaurant El restaurante de Can Roca, but moved to a purpose built building in 2007. It has been received warmly by critics, and holds three Michelin stars.

Sant Pere de Galligants is Benedictine abbey in Girona, Catalonia. Since 1857, it is home to the Archaeological Museum of Catalonia in the city.

The Güell is a river in Catalonia, Spain. It has a length of 1.5 kilometers, and passes through the city of Girona.

The Monastery of San Daniel is a religious complex in Girona, Catalonia, northern Spain. It was founded in the early 11th century by will of countess Ermesinde of Carcassonne, who wanted to found a nunnery here. The church, based on that of the monastery of Sant Pere de Galligants, with the addition of a transept, was later renewed. It has a cloister with two floors, the lower from the 13th century and the upper, in Gothic style, from the 15th century.

Girona railway station is part of the R11 Medium Distance line in Catalonia, Spain, located west of the historic center of Girona in Girona Province. In addition to the regional lines, the station is also a stop for trains running on the Long Distance line such as the Talgo, Estrella, or Trenhotel Costa Brava. It is located on the Madrid–Barcelona high-speed rail line, linking Barcelona and Portbou.

The Restaurant Casa Marieta is a centenary establishment recognized by the “Círculo de Restaurantes Centenarios de España”, located in the Independence Square of Girona, also well-known like Sant Agustí Square, because formerly the convent of Sant Agustí had been risen there. The present name is given by the war of 1808 against Napoleon Bonaparte.

These are some bigger and more relevant cities in the wider vivinity of Girona.