Maó in Balearic Islands (Balearic Islands) with it's 29,125 inhabitants is a city in Spain about 422 mi (or 680 km) east of Madrid, the country's capital.

Local time in Maó is now 07:38 AM (Tuesday). The local timezone is named Europe / Madrid with an UTC offset of 2 hours. We know of 5 airports in the vicinity of Maó, of which two are larger airports. The closest airport in Spain is Menorca Airport in a distance of 3 mi (or 5 km), South-West. Besides the airports, there are other travel options available (check left side).

There is one Unesco world heritage site nearby. It's Cultural Landscape of the Serra de Tramuntana in a distance of 84 mi (or 135 km), West. If you need a place to sleep, we compiled a list of available hotels close to the map centre further down the page.

Depending on your travel schedule, you might want to pay a visit to some of the following locations: Es Castell, Sant Lluis, Alaior, Mercadal and Es Migjorn Gran. To further explore this place, just scroll down and browse the available info. 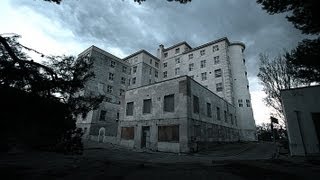 Daniel, a policeman in the Guardia Civil of Menorca, told viewers of the popular TV program "Cuarto Milenio" that he had been a witness to unexplained events in the abandoned hospital "Virgen... 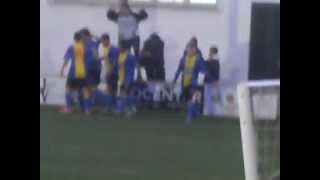 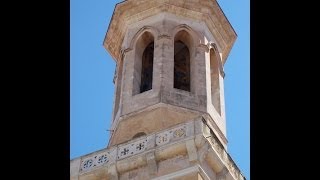 As we walked through Mahon, the capital of the Balearic Island of Menorca, on June 19, 2014, the bells of the Santa Maria church in the city centre began to ring out. The bells tolled loud... 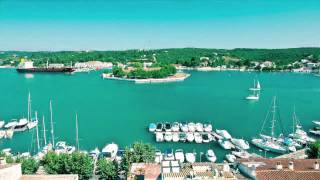 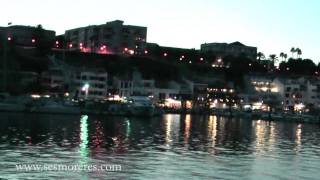 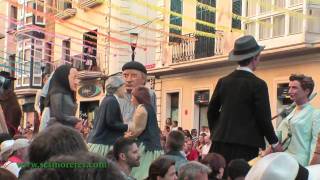 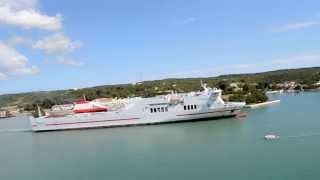 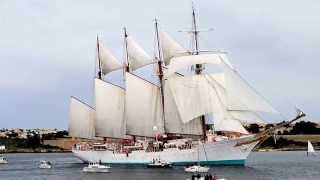 Pavelló Menorca (Pabellón Menorca in Spanish is an arena in Menorca in the area of Binitaufa, Mahón, Spain. It is primarily used for basketball and the home arena of Menorca Bàsquet. The arena holds 5,115 people and was built in a record time of 100 days in 2005.

Es Castell is a small municipality in eastern Minorca in the Balearic Islands, Spain. The town was founded in 1771 by British Col. Patrick Mackellar and was originally called Georgetown in honour of King George III, however it takes its current name from the large fort nearby, known to the British as St. Philip's Castle. Col. Patrick MacKellar (Argyllshire 1717-1778) was the chief engineer of Minorca and his house today is known as Son Granot.

Sant Lluís is a municipality on the tip of south-east Minorca in the Spanish Balearic Islands. The area is most noteworthy for its varied coastline, with fine sand beaches and cliffs. Here you will find the beautiful coves of Binissafúller, Biniancolla and Binibeca, with their typical whitewashed fishermen's houses. There are capes and islets, and medieval defensive towers all along the coast, very characteristic of the island. The main beach resort is Punta Prima.

San Luis Aerodrome (Spanish: Aeródromo de San Luis) was the first civil airfield on Menorca. Originally built during the 1920s it was converted for military aircraft activities during the Spanish Civil War. The airfield is located in the Sant Lluís municipality in close proximity to Mahon (only 2½ km from the town centre). During 1949, San Luis was equipped as a customs airport and opened to domestic and international traffic in August.

Teatre Principal de Maó or Teatro Principal de Mahón is an opera house located in the Spanish city of Mahón, the capital of the island of Minorca. The Principal, as is known colloquially, is one of the oldest opera houses in Spain. It was built in 1829, according to the Italian standards of 18th century opera. Every year, The Principal hosts Opera Week, an event where important opera figures of Bel Canto perform. The theater is also an important focus of Minorcan culture.

St. Philip's Castle was a fortress guarding the entrance to the port of Mahón. It is located in the municipality of Es Castell, on the island of Minorca. It was rebuilt by British forces in the 1760s, around an earlier Spanish fort, the Castell de San Felipe, which had been established about 1554. It is best known for its unsuccessful defence on two occasions by the British: during the Battle of Minorca in 1756 and the Invasion of Minorca, 1781.

The Estadi Mahonés is a football stadium in Mahón, Minorca, Spain.

Located at 39.886, 4.261 (Lat. / Lng.), about 0 miles away.
Wikipedia Article
Football venues in Spain, Minorca, Sports venues in the Balearic Islands

Electricity Network of the Balearic Islands

Description of the electric power supply of the Balearic Islands.

These districts belong to Maó.

These are districts that are close by, but belong to a different city than Maó.

These are some bigger and more relevant cities in the wider vivinity of Maó.

This place is known by different names. Here the ones we know:
Maó, Mahon, Mahón, Мао