Tarragona
in Tarragona of Catalonia, Spain

Tarragona in Tarragona (Catalonia) with it's 140,323 habitants is a town located in Spain about 264 mi (or 424 km) east of Madrid, the country's capital town.

Time in Tarragona is now 03:04 AM (Thursday). The local timezone is named Europe / Madrid with an UTC offset of 2 hours. We know of 9 airports closer to Tarragona, of which 3 are larger airports. The closest airport in Spain is Barcelona International Airport in a distance of 45 mi (or 72 km), East. Besides the airports, there are other travel options available (check left side).

There are several Unesco world heritage sites nearby. The closest heritage site in Spain is Archaeological Ensemble of Tárraco in a distance of 1 mi (or 1 km), East. We saw 7 points of interest near this location. In need of a room? We compiled a list of available hotels close to the map centre further down the page.

Since you are here already, you might want to pay a visit to some of the following locations: Constanti, els Pallaresos, el Catllar, Renau and Altafulla. To further explore this place, just scroll down and browse the available info. 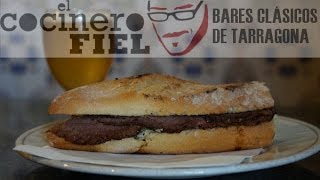 Beginning of the Procession, the clap of fire sticks, drums and the boom of the "tronades" of the Popular Retinue and the human tower teams announce the arrival of the flag of the Autonomous... 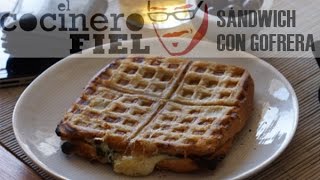 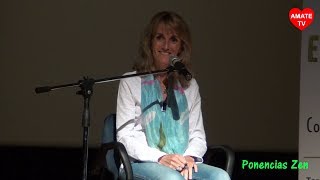 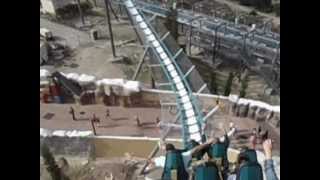 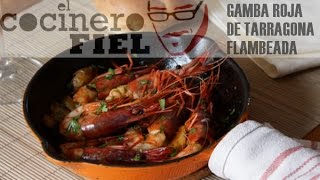 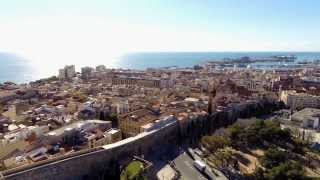 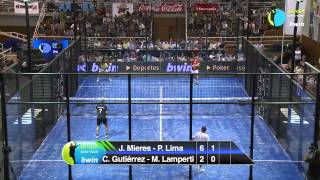 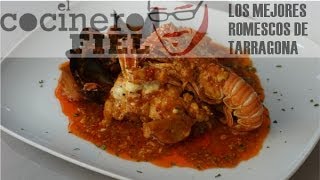 Camp de Tarragona is a natural and historical region of Catalonia, Spain. It includes a central plain, surrounded by the Serralada Prelitoral mountain chain on the west and in the north, with the Mediterranean sand beaches of the Costa Daurada on the east and limited in the south by the Coll de Balaguer. The main towns are Tarragona, Reus, Valls and Cambrils. Salou is an important resort destination.

Tarragona Amphitheatre is a Roman amphitheatre in the city of Tarragona, in the Catalonia region of north-east Spain. It was built in the 2nd century AD, sited close to the forum of this provincial capital. The amphitheatre could house up to 15,000 spectators, and measured 130 x 102 m.

The N-240 is a major east-west highway in Spain. It goes from Tarragona to Bilbao. It will be upgraded to the Autovía A-10. The road heads south east from Bilbao over Pto de Barazar (604m) to Vitoria. There it joins the Madrid-Francia highway the N-I to Pamplona. There it follows the Rio Eloz and Rio Aragon to Jaca. It then joins the N-330 south to Huesca. The road heads out of the foothills of the Pyrenees through Barbasto and Monzón to Lleida.

The Royal Tarragona Yacht Club (Catalan: Reial Club Nàutic de Tarragona, Spanish: Real Club Náutico de Tarragona) is a yacht club based in Tarragona. It is one of the oldest yacht clubs in Spain. This club is located at one end of the Port of Tarragona. It is a well-equipped yacht club, with its own yacht harbor as well as an adjacent area housing the club's premises, a locally well-known Sailing School, as well as a restaurant and cafeteria. The club's harbor has a 500 m2 mooring area.

Located at 41.1042, 1.25 (Lat. / Lng.), about 1 miles away.
Wikipedia Article
Yacht clubs in Spain, 1878 establishments in Spain, Tarragonès, Organisations based in Spain with royal patronage

The Cathedral of Tarragona is a Roman Catholic church in Tarragona, Spain. Located in a site previously occupied by a Roman temple dating to the time of Tiberius, a Visigothic cathedral and a Moorish mosque, it was declared a national monument in 1905.

The National Archaeological Museum of Tarragona is a public museum located in the city of Tarragona focusing on its rich historical heritage and ancient remains. It includes archaeological findings of Tarraco's Roman and Early Christian past, as well as a library.

These are some bigger and more relevant cities in the wider vivinity of Tarragona.