San Sebastian in Gipuzkoa (Basque Country) with it's 185,357 citizens is a place in Spain about 219 mi (or 352 km) north-east of Madrid, the country's capital city.

Current time in San Sebastian is now 12:20 AM (Thursday). The local timezone is named Europe / Madrid with an UTC offset of one hour. We know of 9 airports near San Sebastian, of which one is a larger airport. The closest airport in Spain is San Sebastian Airport in a distance of 10 mi (or 16 km), East. Besides the airports, there are other travel options available (check left side).

There are several Unesco world heritage sites nearby. The closest heritage site in Spain is Vizcaya Bridge in a distance of 51 mi (or 82 km), West. We encountered 2 points of interest in the vicinity of this place. If you need a hotel, we compiled a list of available hotels close to the map centre further down the page.

While being here, you might want to pay a visit to some of the following locations: Astigarraga, Pasaia, Urnieta, Lezo and Usurbil. To further explore this place, just scroll down and browse the available info. 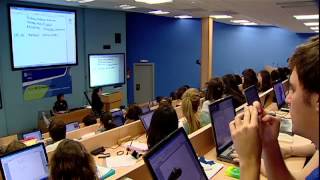 The campus is situated in the centre of the city along the Paseo de Mundaiz, which runs besides the river. The activities of Deusto Business School take place in the Edificio Aranzadi, the... 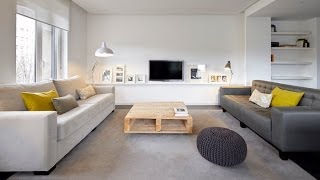 Situated next to Parque Araba in the city centre, The Araba Parkea Apartment is a two bedroom and two bathroom apartment fully refurbished in 2012. Thanks to...

http://www.feelfreerentals.com/en/san-sebastian/black-a-white-4.html The vacation apartment Black & White 4, is located on the fourth floor of a recently refurbished building, just above Black... 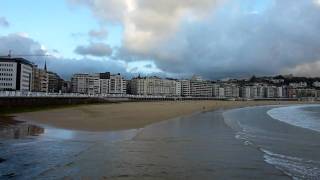 http://www.feelfreerentals.com/en/san-sebastian/black-a-white-3.html The vacation apartment Black & White 3, located on the third floor of a recently refurbished building, is situated in the... 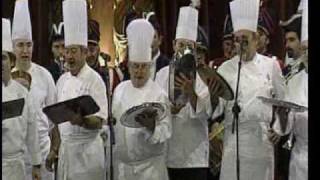 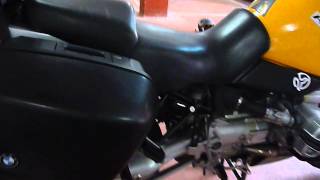 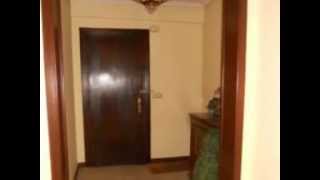 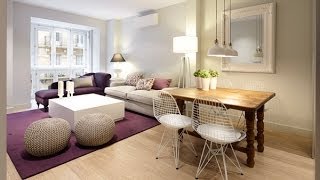 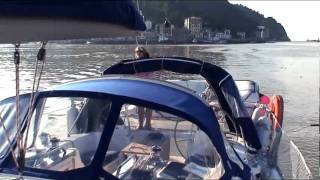 San Sebastian, one of the largest and most beautiful cities in the Basque country, was our first stop on our way to the Frank Gehry-designed Guggenheim art museum in Bilbao, Spain. Late summer ...

Anoeta is a multi-purpose stadium in San Sebastián, Spain. It is currently used mostly for football matches and is the home stadium of Real Sociedad. In recent years, it has also been used for occasional Heineken Cup rugby union fixtures by nearby French club Biarritz Olympique. Since the 2009–10 Top 14 season, both Biarritz Olympique and fellow Basque club Aviron Bayonnais took home matches to the Anoeta. The stadium, which holds 32,076, was inaugurated in 1993.

The Kursaal Convention Center and Auditorium is a complex comprising several spaces: a great auditorium, many-use halls and exhibition halls. It was designed by Spanish architect Rafael Moneo, and is located in Donostia-San Sebastián. It opened in 1999. It consists of several spaces, including the 1,800-seat concert hall, the Palacio de Congresos-Auditorio Kursaal, and is the home of the biggest film festival in Spain, the San Sebastian International Film Festival, in existence since 1953.

Polideportivo Municipal J.A. Gasca is a stadium in Donostia, Spain. It is primarily used for basketball and the home stadium of Askatuak SBT, it holds 2,500 people. San Sebastián Gipuzkoa BC used it until 2006.

The Urumea (arguably stemming from Basque "ur" 'water' + "mea" 'thin') is a river in the Basque Country at the north of the Iberian Peninsula. It's one of a series of Basque rivers flowing into the Bay of Biscay and best known for being the river flowing to the sea on the city of San Sebastian.

The Orfeón Donostiarra is a concert choir based in San Sebastián, Basque Country, Spain.

Donostialdea is one of the eight regions of Gipuzkoa, Basque Autonomous Community, corresponding to the basin of the lower Urumea along with a strip of basin corresponding to the Oria River, the region borrowing its name after the capital city of Gipuzkoa Donostia-San Sebastian, in Spain. The region comprises eleven municipalities extending in an area of 305.72 km (see below, data released in 2006).

The Velódromo de Anoeta (formally and in Basque language Anoetako Belodromoa) is an indoor arena in San Sebastián, Spain. The arena holds 5,500 spectators. It is primarily used for indoor athletics, motocross events and concerts.

The Beach of La Concha is a beach in the Bay of La Concha (Shell, in Spanish, due to its shape) in San Sebastián. It is one of the most famous urban beaches across the country. It is a sandy beach and shallow substrate, in which the course of the tides often limits the usable area for use. It can be considered an urban beach in widespread use. 1150px

The Cathedral of the Good Shepherd (Basque: Artzain Onaren katedrala, Spanish: Catedral del Buen Pastor de San Sebastián) located in the city of San Sebastián, Gipuzkoa, Basque Country, Spain. It is the seat of the suffragan Diocese of San Sebastián and subordinated to the Archdiocese of Pamplona y Tudela. The most remarkable religious building of San Sebastián, it is endowed with a strong verticality and is the largest in Gipuzkoa.

The City council of San Sebastián (Basque: Donostiako Udala, Spanish: Ayuntamiento de San Sebastián) is the institution that governs the Basque city of San Sebastián. Its premises are located in the former casino of the city next to the Bay of La Concha.

These districts belong to San Sebastian.

These are some bigger and more relevant cities in the wider vivinity of San Sebastian.