Burgos
in Burgos of Castille and León, Spain

Local time in Burgos is now 11:56 PM (Sunday). The local timezone is named Europe / Madrid with an UTC offset of one hour. We know of 8 airports in the vicinity of Burgos, of which one is a larger airport. The closest airport in Spain is Burgos Airport in a distance of 4 mi (or 7 km), East. Besides the airports, there are other travel options available (check left side).

There are several Unesco world heritage sites nearby. The closest heritage site in Spain is Route of Santiago de Compostela in a distance of 23 mi (or 37 km), West. We found 1 points of interest in the vicinity of this place. If you need a place to sleep, we compiled a list of available hotels close to the map centre further down the page.

Depending on your travel schedule, you might want to pay a visit to some of the following locations: Cardenadijo, Sotragero, Villariezo, Villalbilla de Burgos and Cardenajimeno. To further explore this place, just scroll down and browse the available info. 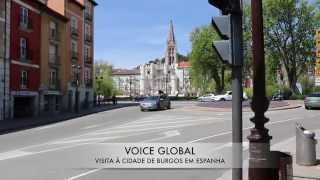 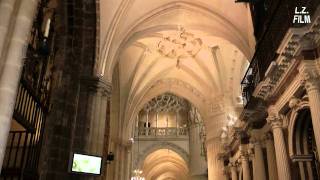 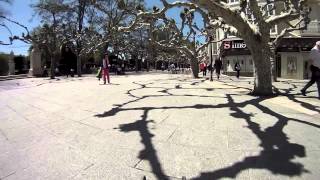 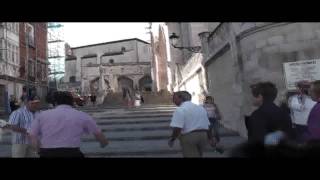 A visit of the city Burgos (Spain), part 1 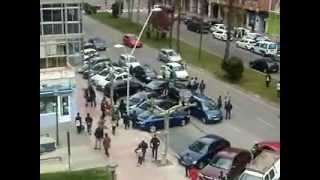 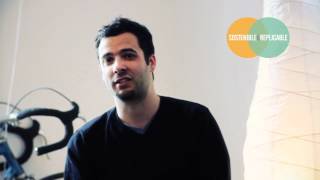 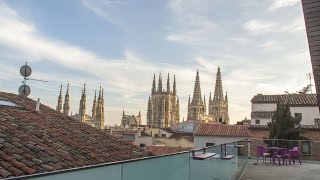 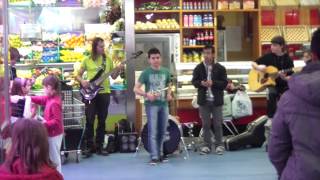 Burgos Cathedral (Spanish: Catedral de Burgos) is a Gothic-style Roman Catholic cathedral in Burgos, Spain. It is dedicated to the Virgin Mary and is famous for its vast size and unique architecture. Its construction began in 1221 and it was in use as a church nine years later but work continued off and on until 1567. It was primarily built in the French Gothic style, although Renaissance style works were added in the 15th and 16th centuries.

The Abbey of Santa María la Real de Las Huelgas is a monastery of Cistercian nuns located approximately 1.5 km west of the city of Burgos in Spain. The word huelgas, which usually refers to "labor strikes" in modern Spanish, refers in this case to land which had been left fallow. Historically, the monastery has been the site of many weddings of royal families, both foreign and Spanish, including that of Edward I of England to Eleanor of Castile in 1254, for example.

Cardeñadijo is a municipality located in the province of Burgos, Castile and León, Spain. According to the 2004 census, the municipality has a population of 668 inhabitants.

Villagonzalo Pedernales is a municipality located in the province of Burgos, Castile and León, Spain. According to the 2004 census, the municipality has a population of 1,043 inhabitants.

At the Siege of Burgos, from 19 September to 21 October 1812, the Anglo-Portuguese Army led by General Arthur Wellesley, Marquess of Wellington tried to capture the castle of Burgos from its French garrison under the command of General of Brigade Jean-Louis Dubreton. The French repulsed every attempt to seize the fortress, resulting in one of Wellington's rare defeats. The siege took place during the Peninsular War, part of the Napoleonic Wars.

The 2009 Burgos bombing occurred on 29 July 2009, when at least 65 people were injured after a van bomb carrying more than 300 kg of explosive went off outside a Civil Guard barracks in the northern city of Burgos, Spain. The attack was blamed on Basque separatist group Euskadi Ta Askatasuna (ETA). Several children were among the 65 wounded in the attack, which was targeted at Civil Guards, their family members and citizens, instead of only officers as ETA targets in most of its attacks.

Estadio El Plantío is a stadium in Burgos, Spain. It is currently used for football matches and is the home stadium of Burgos CF. The stadium holds 16,000 spectators.

The Museum of Human Evolution is a museum on the subject of human evolution situated on the south bank of the river Arlanzón, in the Spanish city of Burgos. It is located roughly 10 miles west from the Sierra de Atapuerca, a UNESCO World Heritage Site and location of some of the most important human fossil finds in the world. The museum was opened on July 13, 2010, and had received 148,045 visitors as of December 31, 2010, making it the most visited museum in Castile and León.

These districts belong to Burgos.

These are some bigger and more relevant cities in the wider vivinity of Burgos.