León
in Leon of Castille and León, Spain

Local time in León is now 09:24 AM (Sunday). The local timezone is named Europe / Madrid with an UTC offset of one hour. We know of 9 airports in the vicinity of León, of which one is a larger airport. The closest airport in Spain is Leon Airport in a distance of 4 mi (or 7 km), West. Besides the airports, there are other travel options available (check left side).

There are several Unesco world heritage sites nearby. The closest heritage site in Spain is Las Médulas in a distance of 20 mi (or 31 km), South-East. Looking for a place to stay? we compiled a list of available hotels close to the map centre further down the page.

When in this area, you might want to pay a visit to some of the following locations: Villaquilambre, Onzonilla, Valdefresno, Villaturiel and Valverde de la Virgen. To further explore this place, just scroll down and browse the available info. 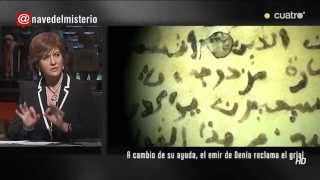 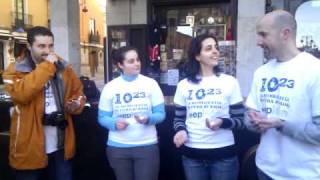 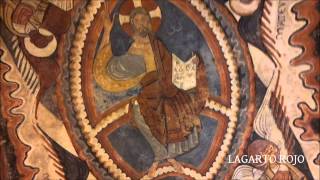 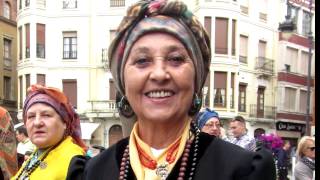 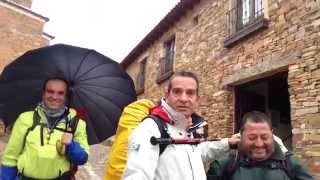 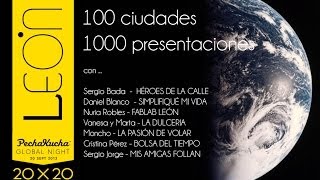 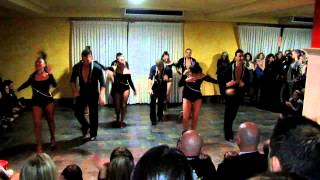 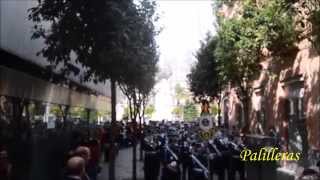 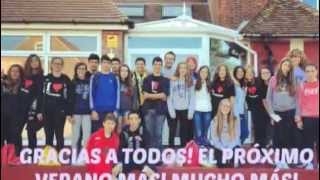 León is the capital of the province of León, situated in the northwest of Spain. Its city population of 136,985 (2006) makes it the largest municipality in the province, accounting for more than one quarter of the province's population. Including the metropolitan area, the population is calculated at 337,740 (2009).

The Basilica of San Isidoro is a church in León, Spain, located on the site of an ancient Roman temple. Its Christian roots can be traced back to the early 10th century when a monastery for Saint John the Baptist was erected on the grounds. In 1063 the basilica was rededicated to Saint Isidore of Seville. Isidore was archbishop of Seville, and the most celebrated academic and theologian of Visigothic Spain in the period preceding the Arab invasions.

Located at 42.601, -5.571 (Lat. / Lng.), about 0 miles away.
Wikipedia Article
Basilica churches in Spain, Churches in Castile and León, Buildings and structures in León, Spain, Romanesque architecture in Spain

León Arena, also known locally as Plaza de Toros de León is an arena in León, Spain It is primarily used for musical concerts and bullfighting, however it has been used for handball and basketball too. The arena opened in 1948 as a Bull Ring, but in 2000 it was covered, becoming a modern indoor arena. It has a seating capacity for 10,000 people.

The Museo de Arte Contemporáneo de Castilla y León, better known as the MUSAC, is a contemporary art museum in the city of León, Spain. Inaugurated in April 2005 by Felipe, Prince of Asturias, this cultural institution aims to be a "Museum of the Present", in the words of its curator Agustín Pérez Rubio, and thus only collects artworks from the latest generation of artists, between 1992 and 2012.

Located at 42.6065, -5.58277 (Lat. / Lng.), about 1 miles away.
Wikipedia Article, Homepage
Art museums and galleries in Spain, Museums in Castile and León, Buildings and structures in León, Spain, Art museums established in 2005, 2005 establishments in Spain, Modern art museums in Spain

The convent of San Marcos in León, Spain is today an operating luxury parador hotel. It also contains a consecrated church and museum, and is one of the most important monuments of the Renaissance in Spain. It is one of the greatest architectural jewels of León, together with the Cathedral, the Basilica of San Isidoro and la Casa Botines. It has a highly ornamental plateresque facade.

Located at 42.6016, -5.582 (Lat. / Lng.), about 1 miles away.
Wikipedia Article
Buildings and structures in León, Spain, Renaissance architecture in Spain, Visitor attractions in Castile and León

The Casa de los Botines (built 1892-1893) is a Modernist building in León, Spain designed by Antoni Gaudí. It was adapted to serve as the headquarters of Caja España, a local savings bank.

The Palacio de los Guzmanes is a Renaissance building in the city of León; it is the seat of Provincial Government of León. The architect Rodrigo Gil de Hontañón built the palace in the 16th century, commissioned by the aristocratic family of Guzman, one of the city’s powerful and influential families. It is three-storey high with square towers at the four corners and is arranged around a two-storey courtyard. The façade has a round arches gallery on the top floor.

Located at 42.5983, -5.5705 (Lat. / Lng.), about 0 miles away.
Wikipedia Article
16th-century architecture, Buildings and structures in León, Spain, Palaces in Castile and León, Renaissance architecture in Spain

The University of León is a Spanish public university with campus in León and Ponferrada. The germ of the university is found in 1843, when it was created the Normal School for Teachers or Masters Seminar of Public Instruction and the subaltern school of Veterinary Medicine, founded in 1852, laying the foundations of Leon future university.

Estadio Reino de León is a football stadium located in León, in the autonomous community of Castile and León, Spain. It is the home stadium of Cultural Leonesa who currently play in Segunda División B - Group 1, with a capacity of 13,451 seats. The stadium was inaugurated with a match between Cultural Leonesa vs Xerez CD, which the home team won 1 – 0.

San Juan y San Pedro de Renueva is a church in León, central Spain. It was built in the mid-20th century in Neo-Renaissance style by will of the local bishop, Luis Almarcha Hernández. Its main artistical feature is the entrance gate, in Baroque style, taken from the ruined monastery of San Pedro de Eslonza, located 22 km outside León in the municipality of Gradefes. It dates from 1711 and was designed by the architect Pedro Martínez de Cardeña.

These are some bigger and more relevant cities in the wider vivinity of León.