Santiago de Compostela
in A Coruña of Galicia, Spain

Santiago de Compostela in A Coruña (Galicia) with it's 95,092 citizens is a city in Spain about 302 mi (or 487 km) north-west of Madrid, the country's capital city.

There are several Unesco world heritage sites nearby. The closest heritage site in Spain is Santiago de Compostela (Old Town) in a distance of 55 mi (or 89 km), East. We discovered 1 points of interest in the vicinity of this place. Looking for a place to stay? we compiled a list of available hotels close to the map centre further down the page.

When in this area, you might want to pay a visit to some of the following locations: Vedra, Trazo, Teo, Padron and Rois. To further explore this place, just scroll down and browse the available info. 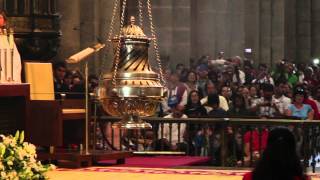 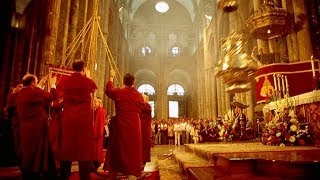 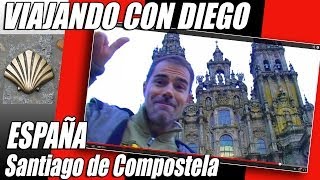 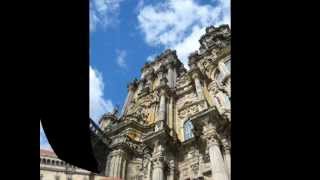 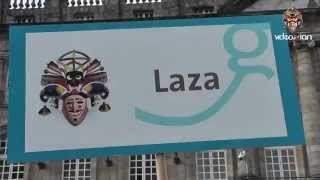 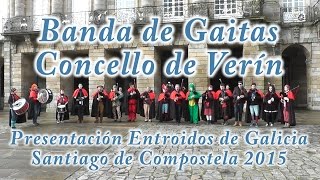 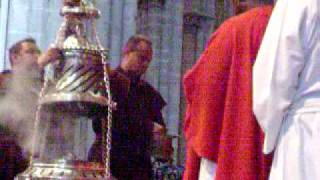 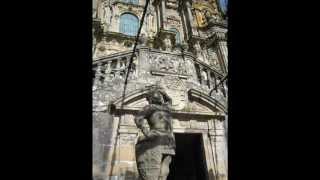 The Parliament of Galicia (Galician: Parlamento de Galicia) is the unicameral legislature of the autonomous community of Galicia, Spain. It is formed by 75 deputies (deputados). Deputies are elected every four years in ordinary period, or extraordinarily upon dissolution and call of elections by the President of the Xunta of Galicia, by universal suffrage in proportional lists with four constituencies, being this the Galician provinces.

City of Culture of Galicia

The City of Culture of Galicia (Galician: Cidade da Cultura de Galicia) is a complex of cultural buildings in Santiago de Compostela, A Coruña, Galicia, Spain, designed by a group of architects led by Peter Eisenman. Construction is challenging and expensive as the design of the buildings involves high degree contours, meant to make the buildings look like rolling hills. Nearly every window of the thousands that are part of the external façade has its own custom shape.

Located at 42.8702, -8.52567 (Lat. / Lng.), about 1 miles away.
Wikipedia Article
Buildings and structures in Galicia, Arts centres in Spain, Visitor attractions in Galicia (Spain), Art museums and galleries in Spain

The Kingdom of Galicia (Galician: Reino de Galicia, or Galiza; Portuguese: Reino da Galiza; Latin: Galliciense Regnum) was a political entity located in southwestern Europe, which at its territorial zenith occupied the entire northwest of the Iberian Peninsula. Founded by Suebic king Hermeric in 409, the Galician capital was established in Braga, being the first kingdom which adopted Catholicism officially and minted its own currency (year 449).

Estadio Multiusos de San Lázaro is a multi-purpose stadium in Santiago de Compostela, Spain. It is currently used mostly for football matches and is the home ground of SD Compostela. It has a capacity of 13,000 and the pitch dimensions are 105 x 68 metres. Situated in the eastern suburb of San Lázaro, the stadium is a multi-purpose arena, used primarily for the football matches.

Finisterrae was the 100th supercomputer in Top500 ranking in November 2007. Running at 12.97 Teraflops, it would rank at position 258 on the list as of June 2008. It is also the third most powerful supercomputer in Spain. It is located in Galicia. This project is promoted by the Xunta de Galicia (regional government of Galicia) and the Spanish National Research Council (CSIC). It was founded in 1993 to serve as a platform to foster scientific innovation and invest in Research and Development.

The monastery of San Martín Pinario (San Martiño Pinario in Galician) is a former Benedictine monastery in the city of Santiago de Compostela, Galicia, Spain. Little remains of the original medieval buildings, as the monastery has been largely rebuilt since the sixteenth century. The monastery was closed in the nineteenth century in the Ecclesiastical Confiscations of Mendizábal. The buildings currently house a seminary.

Located at 42.8819, -8.54444 (Lat. / Lng.), about 0 miles away.
Wikipedia Article
Monasteries in Galicia, Benedictine monasteries in Spain, Buildings and structures in the Province of A Coruña

These are some bigger and more relevant cities in the wider vivinity of Santiago de Compostela.