Alicante
in Alicante of Valencia, Spain

Alicante in Alicante (Valencia) with it's 334,757 habitants is a town located in Spain about 224 mi (or 360 km) south-east of Madrid, the country's capital town.

Time in Alicante is now 03:54 AM (Sunday). The local timezone is named Europe / Madrid with an UTC offset of one hour. We know of 8 airports closer to Alicante, of which one is a larger airport. The closest airport in Spain is Alicante International Airport in a distance of 6 mi (or 10 km), South-West. Besides the airports, there are other travel options available (check left side).

There are several Unesco world heritage sites nearby. The closest heritage site in Spain is Palmeral of Elche in a distance of 65 mi (or 105 km), East. We saw 7 points of interest near this location. In need of a room? We compiled a list of available hotels close to the map centre further down the page.

Since you are here already, you might want to pay a visit to some of the following locations: Busot, Santa Pola, Agost, Aiguees and Tibi. To further explore this place, just scroll down and browse the available info. 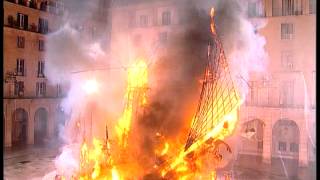 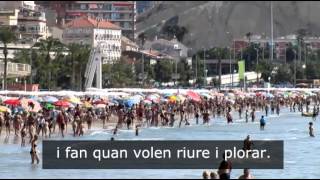 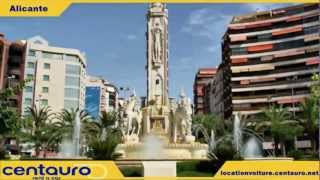 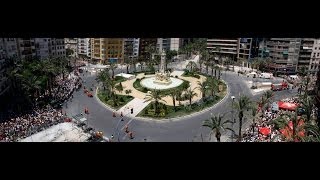 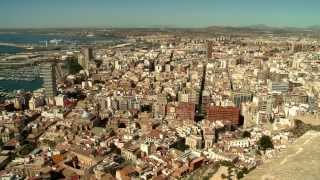 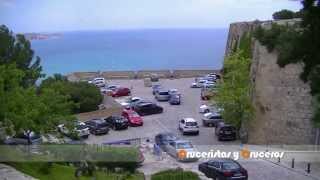 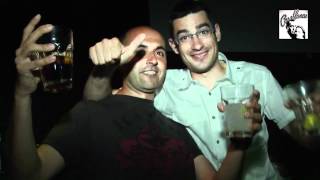 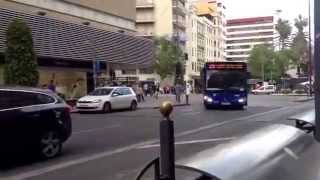 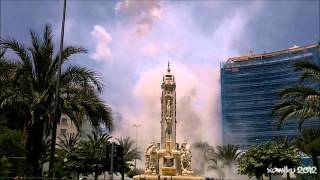 Estadio José Rico Pérez is a multi-purpose stadium in Alicante, Spain. It is currently used mostly for football matches, being home to Hércules CF. It also held World Cup matches when Spain organized the event in 1982. The stadium can hold up to 30,000 people. It was built in 1974, and is situated 2 miles outside Alicante city centre.

The Archaeological Museum of Alicante (Spanish: Museo Arqueológico Provincial de Alicante, Valencian: Museu Arqueològic Provincial d'Alacant, abbreviated as MARQ) is an archaeological museum in Alicante, Spain. The museum won the European Museum of the Year Award in 2004, a few years after significant expansion and reallocation to renovated buildings of the antique hospital of San Juan de Dios.

Alacantí is a comarca in the Valencian Community, Spain. It is bordered by the comarques of Marina Baixa and Alcoià to the north and Baix Vinalopó to the south.

Centro de Tecnificacion de Alicante is an arena, designed by Enric Miralles, in Alicante, Spain. The arena holds 5,425 people. It is primarily used for basketball and the home arena of CB Lucentum Alicante. Bob Dylan performed at the arena during his 2008 European Tour on July 2, 2008.

Located at 38.349, -0.478 (Lat. / Lng.), about 0 miles away.
Wikipedia Article
Castles in the Valencian Community, Buildings and structures in Alicante

Alicante terminal is the central railway station of Alicante, Spain. Commonly referred locally as the RENFE station, the station is part of Adif system, and is a terminal station. The station accommodates RENFE long-distance and medium-distance trains, and it is the origin of lines C-1 and C-3 of Cercanías Murcia/Alicante. The station is not related to the narrow gauge railway Alicante-Dénia managed by FGV and part of the city's tram network.

Located at 38.3444, -0.494972 (Lat. / Lng.), about 1 miles away.
Wikipedia Article
Railway stations in the Valencian Community, Buildings and structures in Alicante

Gravina Museum of Fine Arts is a museum in the city of Alicante, Spain, located in the Palacio del Conde de Lumiares, a four floor building constructed between 1748 and 1808 and declared a historical monument. The museum is devoted to painting and sculpture of Alicante from the sixteenth century to the early decades of the twentieth century.

The Port of Alicante is a seaport in Alicante, Spain on the Mediterranean Sea used for commercial and passenger traffic. The port is administered by the Port Authority of Alicante.

The Co-cathedral of Saint Nicholas of Bari (Valencian: Cocatedral de Sant Nicolau de Bari, Spanish: Concatedral de San Nicolás de Bari) is a Roman Catholic co-cathedral located in Alacant, in the Valencian Community of Spain. The church, part of the Diocese of Orihuela-Alicante is dedicated to Saint Nicholas and was elevated to the title of cathedral on 9 March 1959 by Pope John XXIII.

Located at 38.3454, -0.4825 (Lat. / Lng.), about 0 miles away.
Wikipedia Article
Buildings and structures in Alicante, Cathedrals in Spain, Churches in the Valencian Community

The Basilica of Santa Maria is the oldest active church in Alicante, Spain. It was built in Gothic style between the 14th and 16th centuries over the remains of a mosque. The basilica is composed from a single nave with six side chapels located between the buttresses. In 2007, by request of the city of Alicante to the Holy See, the church was promoted to the rank of basilica.

Located at 38.3462, -0.479306 (Lat. / Lng.), about 0 miles away.
Wikipedia Article
Buildings and structures in Alicante, Basilica churches in Spain, Churches in the Valencian Community

Alicante Museum of Contemporary Art is a municipal museum in Alicante that exhibits the 20th-century and contemporary art. Created in 1976 thanks to Eusebio Sempere, and reopened in 2011 after a major renovation, the museum now consists of three permanent collections of about 800 art pieces. The museum is located in Asegurada building, the oldest civil building remaining in the city.

Gran Sol (also Hotel Gran Sol, Hotel Tryp Gran Sol) is a skyscraper and hotel in Alicante, Spain. Has 97 meters and 31 floors. It's a brand hotel Tryp Hotels belonging to the hotel group Sol Melia. The hotel is the third tallest building in the city, behind Estudiotel Alicante (100 m) and the El Barco (100 m).

These districts belong to Alicante.

These are districts that are close by, but belong to a different city than Alicante.

These are some bigger and more relevant cities in the wider vivinity of Alicante.