Málaga
in Malaga of Andalusia, Spain

Current time in Málaga is now 05:14 PM (Monday). The local timezone is named Europe / Madrid with an UTC offset of 2 hours. We know of 8 airports close to Málaga, of which one is a larger airport. The closest airport in Spain is Málaga Airport in a distance of 5 mi (or 9 km), South-West. Besides the airports, there are other travel options available (check left side).

There are several Unesco world heritage sites nearby. The closest heritage site in Spain is Cathedral, Alcázar and Archivo de Indias in Seville in a distance of 51 mi (or 82 km), North-East. We encountered 10 points of interest near this location. If you need a hotel, we compiled a list of available hotels close to the map centre further down the page.

While being here, you might want to pay a visit to some of the following locations: Torremolinos, Totalan, Rincon de la Victoria, Almogia and Casabermeja. To further explore this place, just scroll down and browse the available info. 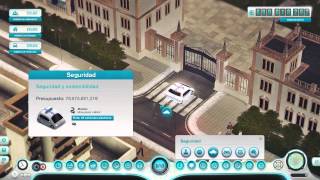 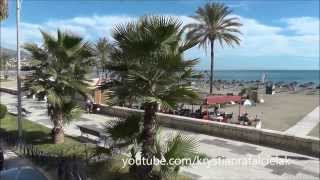 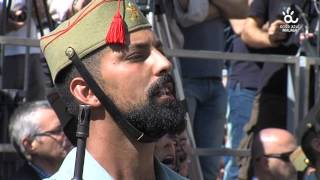 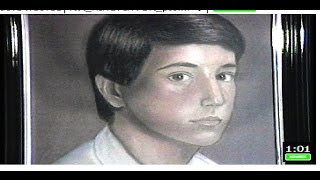 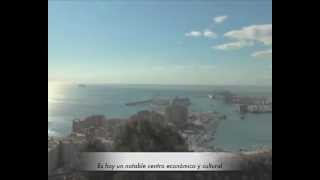 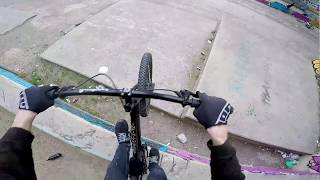 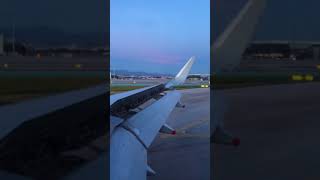 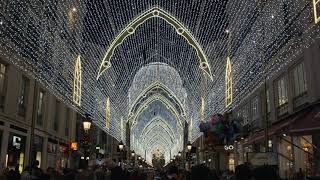 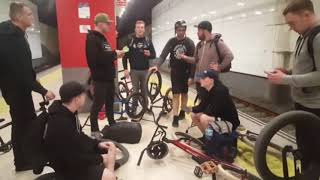 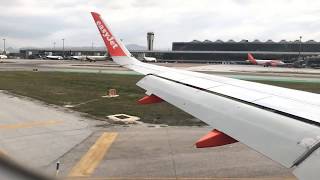 The Province of Málaga is located on the southern mediterranean coast of Spain, in Andalusia. It is bordered by the Mediterranean Sea to the South and by the provinces of Cádiz, Granada, Córdoba and Seville. Its area is 7,308 km² and its population is 1,639.127 (2012), which is concentrated mainly in the metropolitan area of Málaga, province capital, and throughout the coastal area. The population density surpasses both the Andalusia and Spanish averages, reaching 222.53 hab/km².

The Alcazaba is a palatial fortification in Málaga, Spain. It was built by the Hammudid dynasty in the 11th century. This is the best-preserved alcazaba in Spain. Adjacent to the entrance of the Alcazaba are ruins of a Roman theatre dating to the 1st century BC, which are undergoing restoration. Some of the Roman era materials were reused in the Moorish construction of the Alcazaba.

The Port of Málaga is an international seaport located in the city of Málaga in southern Spain, on the Costa del Sol coast of the Mediterranean. It is the oldest continuously-operated port in Spain and one of the oldest in the Mediterranean. Principal port activities include cruise shipping and the importation of containerised manufactured products, break bulk and vehicles. A small fishing fleet also operates from the port.

The Cathedral of Málaga is a Renaissance church in the city of Málaga in Andalusia in southern Spain. It is located within the limits defined by a now missing portion of the medieval Moorish walls, the remains of which surround the nearby Alcazaba and the Castle of Gibralfaro. It was constructed between 1528 and 1782, following the plans drawn by Diego de Siloe; its interior is also in Renaissance style.

The Fundación Picasso, also known as the Pablo Ruiz Picasso Foundation, is a foundation based in Málaga, Andalusia, Spain with the objective of promoting and promulgating the work of the artist Pablo Picasso. They are headquartered in the home on the Plaza de la Merced that was his birthplace, now the Museo Casa Natal ("Birthplace Museum"), one of the world's many Picasso museums.

The Museo Picasso Málaga is a museum in Málaga, Andalusia, Spain, the city where artist Pablo Ruiz Picasso was born. It opened in 2003 in the Buenavista Palace, and has 285 works donated by members of Picasso's family.

Buenavista Palace (Spanish: El Palacio de Buenavista or El Palacio de los Condes de Buenavista, "the palace of the counts of Buenavista") is a historical edifice in Málaga, Andalusia, Spain. It was built in the first half of the 16th century for Diego de Cazalla on the ruins of a Nasrid palace. Declared a "Property of Cultural Interest" in 1939, it was leased to the Spanish government in 1946 for a provincial art museum, which opened in 1961.

The Museo de Málaga is a museum in Málaga, Andalusia, Spain. Formed in 1973, it brought together the former Museo Provincial de Bellas Artes (Provincial Museum of Fine Arts), born in 1913, and Museo Arqueológico Provincial (Provincial Archeological Museum), born in 1947. As of 2010, the museum remains institutionally divided into two "sections" corresponding to the older museums. There are slightly over 2,000 pieces in the Fine Arts collection and over 15,000 in the Archeology collection.

Located at 36.7201, -4.4174 (Lat. / Lng.), about 0 miles away.
Wikipedia Article, Homepage
Art museums and galleries in Spain, Archaeological museums in Spain, Art museums established in 1973, 1973 establishments in Spain, Museums in Málaga

The Palacio de la Aduana ("Customs Palace") is a building in Málaga, Andalusia, Spain, originally a customs house for the Port of Málaga. The building was proposed by Manuel Martín Rodríguez in 1787 and approved by Charles III of Spain. Work began in 1791 under the direction of administrador general of Customs Pedro Ortega Monroy and architects Miguel del Castillo and Ildefonso Valcárcel, who designed the principal façade and floor plans.

Located at 36.72, -4.41717 (Lat. / Lng.), about 0 miles away.
Wikipedia Article
Palaces in Andalusia, Neoclassical architecture, Government buildings completed in 1829, Buildings and structures in Málaga

The University of Málaga (UMA, Universidad de Málaga) is a public university established in 1972. UMA's campus is situated in the city of Málaga, on the south coast of Spain. Málaga university counts almost 40,000 students and 2,000 researchers.

Located at 36.72, -4.41611 (Lat. / Lng.), about 0 miles away.
Wikipedia Article, Homepage
Universities in Andalusia, Buildings and structures in Málaga

Centro, also known as District 1 and Málaga-Centro, is one of the 11 districts of the city of Málaga, Spain.

These districts belong to Málaga.

These are some bigger and more relevant cities in the wider vivinity of Málaga.