Seville
in Seville of Andalusia, Spain

Local time in Seville is now 02:50 AM (Wednesday). The local timezone is named Europe / Madrid with an UTC offset of 2 hours. We know of 9 airports in the vicinity of Seville, of which two are larger airports. The closest airport in Spain is Sevilla Airport in a distance of 5 mi (or 8 km), North-East. Besides the airports, there are other travel options available (check left side).

There are several Unesco world heritage sites nearby. The closest heritage site in Spain is Doñana National Park in a distance of 35 mi (or 57 km), South-East. We found 5 points of interest in the vicinity of this place. If you need a place to sleep, we compiled a list of available hotels close to the map centre further down the page.

Depending on your travel schedule, you might want to pay a visit to some of the following locations: Camas, San Juan de Aznalfarache, Gelves, Tomares and Castilleja de la Cuesta. To further explore this place, just scroll down and browse the available info. 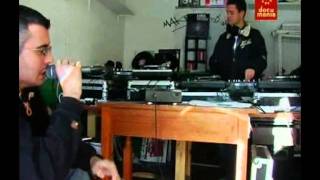 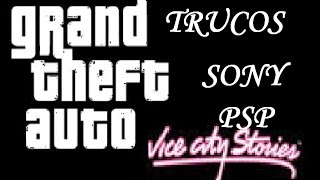 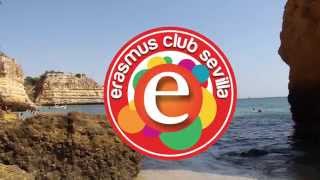 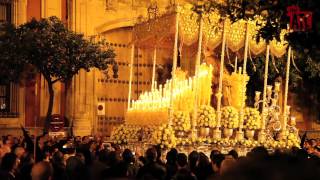 Holy Week, or Semana Santa, starts on Palm Sunday and goes through to Easter Sunday. Each day in the heritage rich city of Sevilla are processions and events. Get some tips on how to enjoy... 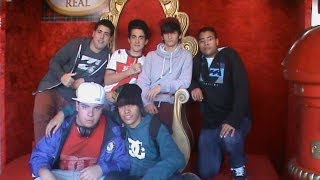 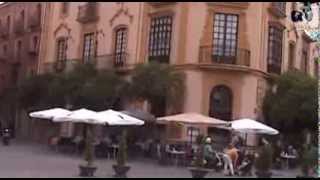 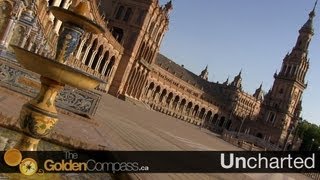 www.thegoldencompass.ca Trying to stay out of the blazing heat, we head inside to the beautiful Royal Alcazar Palace. Ended up with so much footage we added bonus footage to our FaceBook Page. 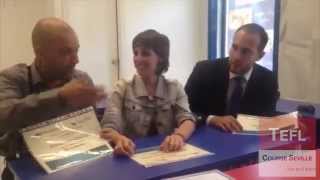 As we finished our LTTC TEFL course in Seville. We celebrated this way. 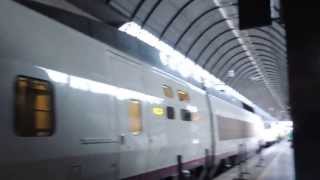 Seville-Madrid AVE between Seville & Córdoba, I. 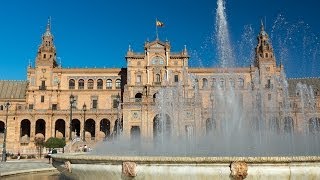 Some video I shot whilst in Seville in November 2013.

Estadio Ramón Sánchez Pizjuán is a football stadium in Seville, Spain. It is the home stadium of Sevilla Fútbol Club. It was the venue for the 1986 European Cup Final between Steaua Bucureşti and Barcelona and the 1982 World Cup semi-final game between Germany and France. This stadium contains a singular legend: the Spanish national team has never lost a game against an international team in this stadium.

The Plaza de España ("Spain Square", in English) is a plaza located in the Parque de María Luisa, in Seville, Spain built in 1928 for the Ibero-American Exposition of 1929. It is a landmark example of the Renaissance Revival style in Spanish architecture.

Palacio Municipal De Deportes San Pablo is an arena in Seville, Spain. Built in 1988, It is primarily used for basketball and the home arena of CB Sevilla. The arena can hold up to 10,200 people.

Santa Cruz, is the primary tourist neighborhood of Seville, Spain, and the former Jewish quarter of the medieval city. Santa Cruz is bordered by the Jardines de Murillo, the Real Alcázar, Calle Mateas Gago, and Calle Santa Maria La Blanca/San José. The neighborhood is the location of many of Seville's oldest churches and is home to the Cathedral of Seville, including the converted minaret of the old Moorish mosque Giralda.

The Casa de Murillo is a historical house in Seville, Andalusia, Spain, at number 8, calle Santa Teresa, in the historic Barrio de Santa Cruz. It was the home of the painter Bartolomé Esteban Murillo (1617–1682) in the latter years of his life. The building has two stories and a central patio with columns. A house museum was established there in 1972 and opened to the public in 1982, the tricentenary of Murillo's death. The museum attempted to recreate a 17th century ambience.

Located at 37.3857, -5.98903 (Lat. / Lng.), about 1 miles away.
Wikipedia Article
Biographical museums in Spain, Museums in Seville, Houses in Spain, Visitor attractions in Seville

Museum of Arts and Traditions of Sevilla

The Museum of Arts and Traditions of Sevilla (Spanish: Museo de Artes y Costumbres Populares) is a museum in Seville, Andalusia, Spain, located in the María Luisa Park, across the Plaza de América from the Provincial Archeological Museum. The museum had 84,496 visitors in 2007.

La Casa de Pilatos (Pilate's House) is an Andalusian palace in Seville, Spain, which serves as the permanent residence of the Dukes of Medinaceli. The building is a mixture of Renaissance Italian and Mudéjar Spanish styles. It is considered the prototype of the Andalusian palace.

Nervión (English: Nervion) is a station of the Seville Metro on the line 1. The station is located at the intersection of the avenues of Eduardo Dato and San Fco. Javier, in the neighborhood of Nervión. Nervión is an underground station, located between San Bernardo and Gran Plaza stations on the same line. The station was opened on April 2, 2009.

Gran Plaza (English: Great Square) is a station of the Seville Metro on the line 1. It is located at the intersection of Eduardo Dato and Cruzcampo avenues, in the neighborhood of Nervión. Gran Plaza is an underground station, located between Nervión and 1º de Mayo stations on the same line. It was opened on April 2, 2009.

Prado de San Sebastián (English: Saint Sebastian's meadow) is a station of the Seville Metro on the line 1. It is also an interurban bus station, and a tram stop of the MetroCentro line. It is located at the intersection of Carlos V, Portugal, Menéndez y Pelayo Av. and San Fernando St. in the district of Casco Antiguo. Prado de San Sebastián is an underground station situated between Puerta Jerez and San Bernardo on the same line. It was opened on April 2, 2009.

The Torre de la Plata is an octagonal military tower of the Almohad dynasty in Al-Andalus, in present day Seville, southern Spain.

These districts belong to Seville.

These are some bigger and more relevant cities in the wider vivinity of Seville.