Granada
in Granada of Andalusia, Spain

Current time in Granada is now 01:47 PM (Monday). The local timezone is named Europe / Madrid with an UTC offset of one hour. We know of 8 airports closer to Granada, of which one is a larger airport. The closest airport in Spain is Federico Garcia Lorca Airport in a distance of 9 mi (or 15 km), West. Besides the airports, there are other travel options available (check left side).

There are several Unesco world heritage sites nearby. The closest heritage site in Spain is Cathedral, Alcázar and Archivo de Indias in Seville in a distance of 26 mi (or 42 km), North-West. In need of a room? We compiled a list of available hotels close to the map centre further down the page.

Since you are here already, you might want to pay a visit to some of the following locations: Maracena, Pulianas, Jun, Armilla and Peligros. To further explore this place, just scroll down and browse the available info. 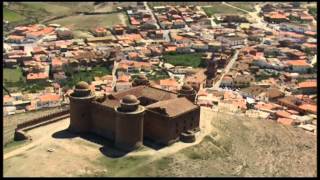 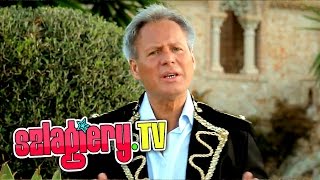 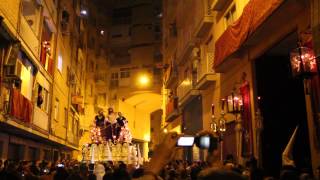 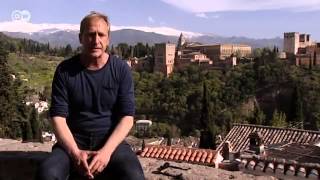 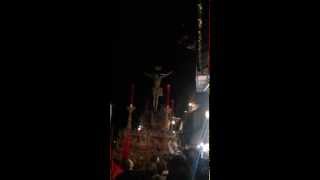 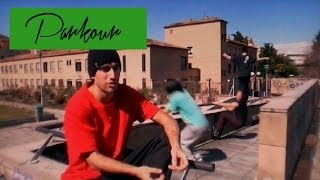 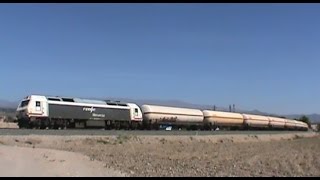 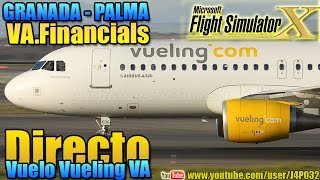 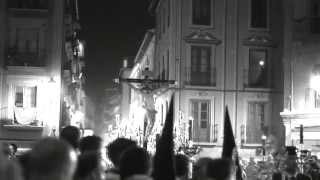 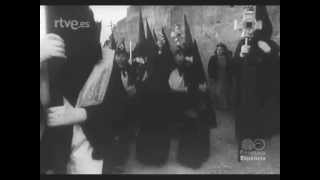 Sacromonte is a neighbourhood of Granada, in Spain. It derives its name from the nearby Sacromonte Abbey, which was founded in 1600 on the hill of Valparaiso outside the old city, and is built over catacombs (originally mine workings of Roman date).

Granada Cathedral (Cathedral of the Incarnation) is the cathedral in the city of Granada, capital of the province of the same name in the Autonomous Region of Andalusia, Spain.

El Albayzín (also Albaicín or El Albaicín) is a district of present day Granada, in the autonomous community of Andalusia, Spain, that retains the narrow winding streets of its Medieval Moorish past. It was declared a world heritage site in 1984, along with the more famous Alhambra. It rises on a hill facing the Alhambra and many tourists journey into the Albayzin primarily for the spectactular views of the Alhambra from the viewing point by the church of San Nicolas.

The Palace of Charles V is a Renacentist construction in Granada, southern Spain, located on the top of the hill of the Assabica, inside the Nasrid fortification of the Alhambra. It was commanded by Charles V, Holy Roman Emperor, who wished to establish his residence close to the Alhambra palaces. Although the Catholic Monarchs had already altered some rooms of the Alhambra after the conquest of the city in 1492, Charles V intended to construct a permanent residence befitting an emperor.

The Faculty of Translation and Interpreting of the University of Granada is in the Spanish city of Granada, specifically in the Palace of the Counts of Luque, better known as Palace of the Columns, of architect unknown (although some attribute it to Juan de Villanueva).

The Archaeological Museum of Granada is an in the Albayzín district, Granada, Spain. The museum is located at 41, Carrera del Darro in the Castril palace from the 16th century. It hosts many artefacts from the many different civilizations that settled in Granada including the Carthaginians, the Phoenicians, the Romans and the Arabs. It includes a beautiful Renaissance patio. Its façade dates from 1593.

The Castril palace (also House of Castril) is a Renaissance style palace located in the Spanish city of Granada. Nowadays it hosts the Archaeological Museum of Granada. The house is nailed in the Race of the Darro, in the old Arab district of Ajsaris, seat of 16th century's granadine nobility.

Located at 37.1786, -3.59167 (Lat. / Lng.), about 1 miles away.
Wikipedia Article
Buildings and structures in Granada, Renaissance architecture in Spain, 16th-century architecture, Palaces in Andalusia

The 1066 Granada massacre took place on 30 December 1066 when a Muslim mob stormed the royal palace in Granada, which was at that time in Muslim-ruled al-Andalus, assassinated the Jewish vizier Joseph ibn Naghrela and massacred many of the Berber Jewish population of the city.

The Emirate of Granada, also known as the Nasrid Kingdom of Granada (Spanish: Reino nazarí de Granada), was an emirate established in 1238 following the defeat of Muhammad an-Nasir of the Almohad dynasty by an alliance of Christian kingdoms at the Battle of Las Navas de Tolosa in 1212. After prince Idris left Iberia to take the Almohad leadership, the ambitious Mohammed I ibn Nasr established the last Muslim dynasty on the Iberian peninsula - the Nasrids.

The Royal Chapel of Granada is a mausoleum located in the city of Granada in Andalusia, southern Spain.

The Madrasah of Granada (Spanish: Madraza de Granada, also Yusufiyya, Casa de la Ciencia, Palacio de la Madraza) was a Madrasah or mosque school in Granada, Andalusia, Spain. It was founded in 1349 by the Nasrid monarch Yusuf I, Sultan of Granada. The building is currently part of the University of Granada and is the seat of the Real Academia de Bellas Artes de Nuestra Señora de las Angustias ("Royal Academy of Fine Arts of Our Lady of Sorrows").

The Monastery of St. Jerome (Spanish: Monasterio de San Jerónimo) is a Roman Catholic church and Hieronymite monastery in Granada, Spain. Architecturally, it is in the Renaissance style. The church was the first in the world consecrated to the Immaculate Conception of Mary. The monastery was originally founded by the Catholic Monarchs Isabella I of Castile and Ferdinand II of Aragon in Santa Fe outside the city of Granada, during the siege of the latter city, the last stage of the Reconquista.

Located at 37.1808, -3.60389 (Lat. / Lng.), about 1 miles away.
Wikipedia Article
Buildings and structures in Granada, Augustinian monasteries in Spain, Churches in Andalusia, Renaissance architecture in Spain

These districts belong to Granada.

These are districts that are close by, but belong to a different city than Granada.

These are some bigger and more relevant cities in the wider vivinity of Granada.