Zaragoza
in Saragossa of Aragon, Spain

Current time in Zaragoza is now 05:24 PM (Saturday). The local timezone is named Europe / Madrid with an UTC offset of 2 hours. We know of 9 airports near Zaragoza, of which one is a larger airport. The closest airport in Spain is Pamplona Airport in a distance of 86 mi (or 139 km), North-West. Besides the airports, there are other travel options available (check left side).

There are several Unesco world heritage sites nearby. The closest heritage site in Spain is San Millán Yuso and Suso Monasteries in a distance of 48 mi (or 77 km), North. We encountered 2 points of interest in the vicinity of this place. If you need a hotel, we compiled a list of available hotels close to the map centre further down the page.

While being here, you might want to pay a visit to some of the following locations: Cuarte de Huerva, Villanueva de Gallego, Cadrete, Utebo and Maria de Huerva. To further explore this place, just scroll down and browse the available info. 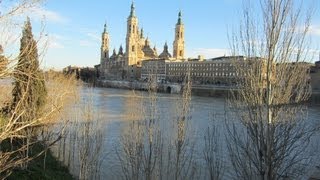 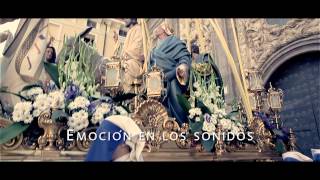 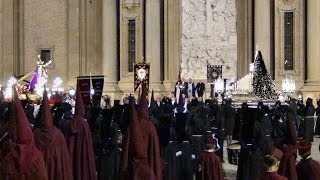 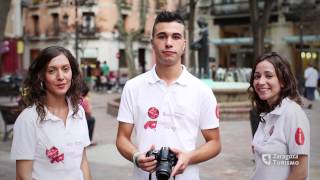 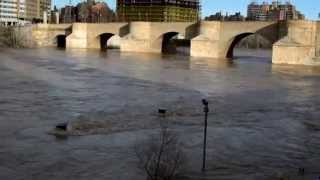 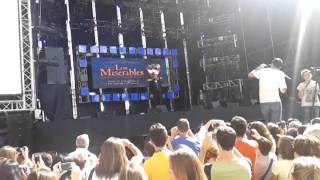 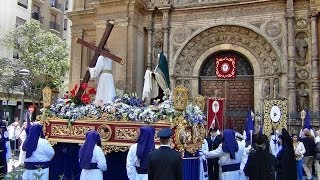 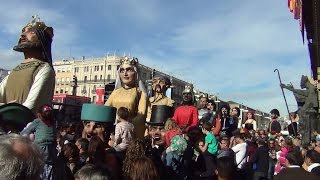 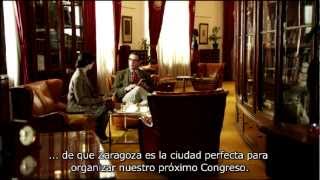 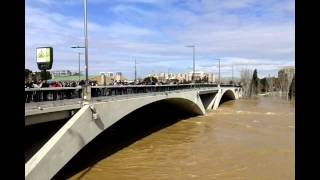 Basilica of Our Lady of the Pillar

The Cathedral of the Savior (Spanish: Catedral del Salvador) is a Roman Catholic cathedral in Zaragoza, Spain. It is part of the World Heritage Site Mudéjar Architecture of Aragon. The cathedral is located on the Plaza de la Seo and is commonly known as La Seo to distinguish it from the nearby El Pilar, whose name (pillar) is a reference to an apparition of Mary in Zaragoza (also known as Saragossa). The two share co-cathedral status in metropolitan Zaragoza.

The Aljafería Palace is a fortified medieval Islamic palace built during the second half of the 11th century in the Moorish taifa of Zaragoza of Al-Andalus, present day Zaragoza, Spain. It was the residence of the Banu Hud dynasty during the era of Abu Jaffar Al-Muqtadir after abolishing Banu Tujibi of Kindah dynasty. the palace reflects the splendor attained by the kingdom of the taifa of Zaragoza at the height of its grandeur.

The 1987 Zaragoza barracks bombing was a car bomb attack by the Basque separatist organisation ETA, which occurred on 11 December 1987. A vehicle containing 250 kilograms of ammonal was parked beside the main Guardia Civil barracks in the city of Zaragoza, Spain; its subsequent explosion caused the deaths of 11 people, including 5 children. A total of 88 people were injured, the majority of them civilians.

Santa María Magdalena is a church in Zaragoza, Spain, built in the 14th century in Mudéjar style.

Puente de Piedra (English: Stone Bridge) - Bridge across the river Ebro in the Zaragoza. Puente de Piedra is also called the Bridge of Lions because four lions (symbols of the city) are placed on the pillars at both sides of the bridge.

The Leaning Tower of Zaragoza or Torre Nueva, was the most famous Mudéjar tower of the Spanish city of Zaragoza. It was built in the present Plaza de San Felipe, being the first large building built in the city during the 16th century, from 1504 to 1512. The Council ordered a civil tower to house the public clock -built by Jaime Ferrer- and bells that regulated the life of the city. The bells were placed in 1508.

These districts belong to Zaragoza.

These are some bigger and more relevant cities in the wider vivinity of Zaragoza.