Hondarribia in Gipuzkoa (Basque Country) with it's 16,458 inhabitants is a city in Spain about 226 mi (or 364 km) north-east of Madrid, the country's capital.

Local time in Hondarribia is now 10:25 PM (Tuesday). The local timezone is named Europe / Madrid with an UTC offset of 2 hours. We know of 9 airports in the vicinity of Hondarribia, of which one is a larger airport. The closest airport in Spain is San Sebastian Airport in a distance of 1 mi (or 1 km), South. Besides the airports, there are other travel options available (check left side).

There are several Unesco world heritage sites nearby. The closest heritage site in Spain is Vizcaya Bridge in a distance of 60 mi (or 96 km), West. We found 2 points of interest in the vicinity of this place. If you need a place to sleep, we compiled a list of available hotels close to the map centre further down the page.

Depending on your travel schedule, you might want to pay a visit to some of the following locations: Irun, Lezo, Pasaia, Lesaka and Igantzi. To further explore this place, just scroll down and browse the available info. 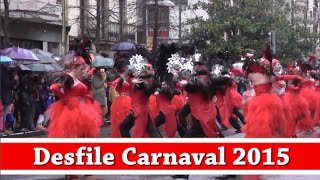 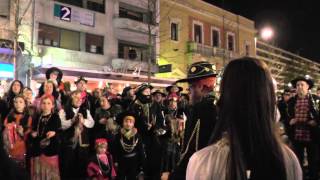 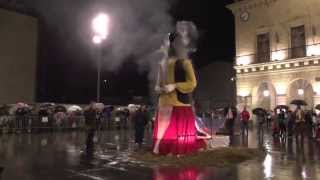 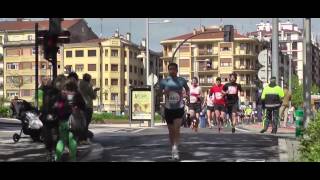 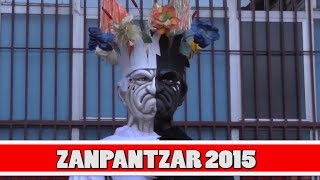 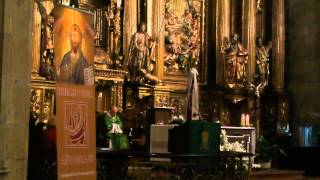 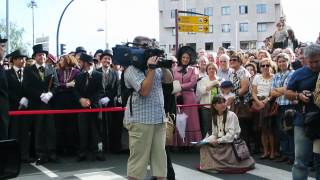 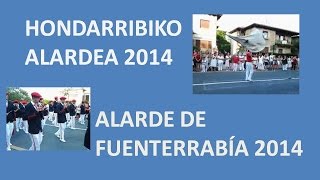 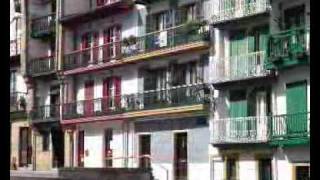 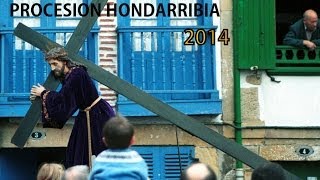 Hondarribia ("sand ford" in Basque, also known by its Spanish name Fuenterrabía or the French one, Fontarrabie) is a town situated on the west shore of Bidasoa river's mouth, in Gipuzkoa, Basque Country, Spain. The border town is sited on a little promontory facing Hendaye over the Txingudi bay. The town holds an ancient old quarter with walls and a castle.

The Bidasoa is a river in the Basque Country of northern Spain and southern France that runs largely south to north. Named as such downstream of the small town of Oronoz-Mugairi in the province of Navarre, the river actually results from the merge of several streams near the village Erratzu, with the stream Baztan that rises at the north-eastern side of the mount Autza (1,306 m) being considered the source of the Bidasoa. It joins the Cantabrian Sea between the towns of Hendaye and Hondarribia.

The Great Cross of Hendaye is a stone cross located on the town square of Hendaye, in the Pyrénées-Atlantiques, in southwestern France. A physical representation of the belief by ancient Christians, Rosicrucians, and alchemists that the world's end is rapidly approaching, and will occur in the midst of fire.

Located at 43.3589, -1.77444 (Lat. / Lng.), about 1 miles away.
Wikipedia Article
Buildings and structures in Pyrénées-Atlantiques, Individual crosses and crucifixes

Jaizkibel is mountain range of the Basque Country located east of Pasaia, north of Lezo and west of Hondarribia, in Spain, with 547 m at the highest point (peak Alleru). The range stretches south-west to north-east, where it plunges into the sea at the Cape Higuer (spelled Higer too).

The Cape Higuer is a cape on the Bay of Biscay standing out at the end of the mountain range Jaizkibel by the Spanish-French border in the municipality of Hondarribia (4 km away from the town centre). The site is home to a lighthouse, besides holding a camp-site and a couple of inns. It is sometimes considered the westernmost land strip of the Pyrenees, with the trek trail GR 11 setting out at this point.

These districts belong to Hondarribia.

These are some bigger and more relevant cities in the wider vivinity of Hondarribia.

This place is known by different names. Here the ones we know:
Fuenterrabía, Hondarribia, Hondarribi, Fontarabie