Les Roquetes in Barcelona (Catalonia) is located in Spain about 290 mi (or 467 km) east of Madrid, the country's capital town.

Current time in Les Roquetes is now 02:53 AM (Sunday). The local timezone is named Europe / Madrid with an UTC offset of one hour. We know of 9 airports close to Les Roquetes, of which 3 are larger airports. The closest airport in Spain is Barcelona International Airport in a distance of 18 mi (or 29 km), East. Besides the airports, there are other travel options available (check left side).

There are several Unesco world heritage sites nearby. The closest heritage site in Spain is Works of Antoni Gaudí in a distance of 25 mi (or 40 km), North-East. We encountered 7 points of interest near this location. If you need a hotel, we compiled a list of available hotels close to the map centre further down the page.

While being here, you might want to pay a visit to some of the following locations: Sitges, Cubelles, Cunit, Olivella and Vilafranca del Penedes. To further explore this place, just scroll down and browse the available info. 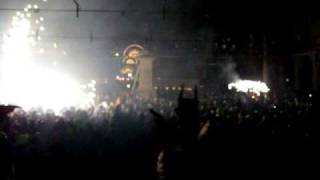 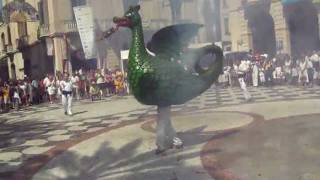 12 mortar shots and the "cercavila lliure" send the message that we have now reached August 4 and 5, the two most important days of the Festa Major in Vilanova i la Geltrú, Catalonia. 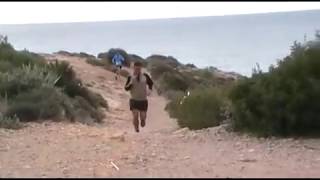 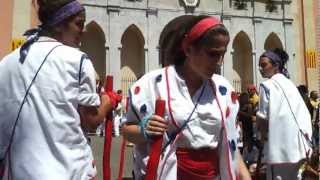 One of the elements in the "Leaving Morning Mass Parade" 'Cercavila de Sortida d'Ofici') during the town festival ('festa major') of Vilanova i la Geltrú (Penedès - Barcelona, Catalonia).... 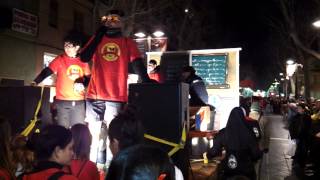 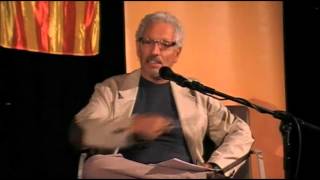 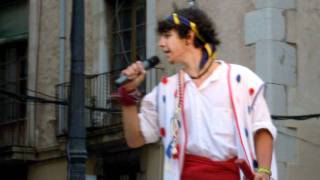 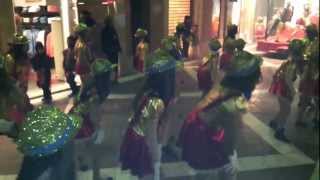 Exceptional choreography during 'Arrivo', Carnival of Vilanova i la Geltrú, 2013

Most groups participating in the Carnival Parade "Arrivo" of Vilanova i la Geltrú (Garraf, Barcelona, Catalonia) do not have any choreography. Here is one of the exceptions. 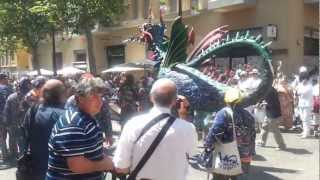 Festa Major Vilanova i la Geltrú 2012 - the Dragon from Geltrú

One of the elements in the "Leaving Morning Mass Parade" 'Cercavila de Sortida d'Ofici') during the town festival ('festa major') of Vilanova i la Geltrú (Penedès - Barcelona, Catalonia).... 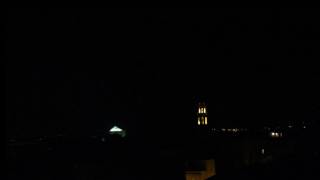 Sitges is a town about 35 kilometres southwest of Barcelona, renowned worldwide for its Film Festival and Carnival. Located between the Garraf Massif and the sea, it is known for its beaches, nightspots, and historical sites.

Located at 41.2384, 1.78061 (Lat. / Lng.), about 2 miles away.
Wikipedia Article, Homepage
Garraf, Municipalities in the Province of Barcelona, Tourism in Spain, Seaside resorts in Spain, Mediterranean port cities and towns in Spain, Sitges

The Museu del Ferrocarril de Catalunya (Catalonia Railway Museum) in Vilanova i la Geltrú has a large collection of historic railway locomotives and other rolling stock in the former station roundhouse and on its surrounding outdoor grounds. Located close to the railway station in Vilanova i la Geltrú, 40 km south of Barcelona.

The Can Papiol Romanticism Museum (Catalan: Museu Romàntic Can Papiol) is a museum located in the historic centre of Vilanova i la Geltrú. It is a manor house dating from the end of the 18th century and is characteristic both for the furniture and decorative elements preserved from the time. Its aim is to evoke 19th-century society by analysing the everyday life of a well-to-do family of the time. The museum is part of the Barcelona Provincial Council Local Museum Network.

Autódromo de Sitges-Terramar is a former racing circuit located in Sant Pere de Ribes near Sitges. Although minor races were sporadically held on the circuit through the 1950s, it was largely abandoned after the inaugural season of 1923. Owing to the excellence of its construction, the track remains intact even after 80 years of disuse.

These are some bigger and more relevant cities in the wider vivinity of Les Roquetes.