Teià
in Barcelona of Catalonia, Spain

Teià in Barcelona (Catalonia) with it's 5,805 habitants is located in Spain about 323 mi (or 520 km) east of Madrid, the country's capital town.

Current time in Teià is now 10:32 AM (Saturday). The local timezone is named Europe / Madrid with an UTC offset of 2 hours. We know of 9 airports close to Teià, of which 3 are larger airports. The closest airport in Spain is Sabadell Airport in a distance of 11 mi (or 18 km), West. Besides the airports, there are other travel options available (check left side).

There are several Unesco world heritage sites nearby. The closest heritage site in Spain is Works of Antoni Gaudí in a distance of 11 mi (or 17 km), South-West. We encountered 10 points of interest near this location. If you need a hotel, we compiled a list of available hotels close to the map centre further down the page.

While being here, you might want to pay a visit to some of the following locations: Alella, Vallromanes, Premia de Mar, Montgat and Orrius. To further explore this place, just scroll down and browse the available info. 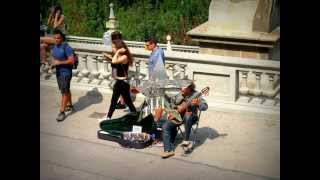 Our Camino de Santiago Part 3 - A bit after the end of the world... Barcelona

A bit before we went home after the Camino and the end of the world - Finisterre - in the past it was believed to be the end of the known world.... :-) 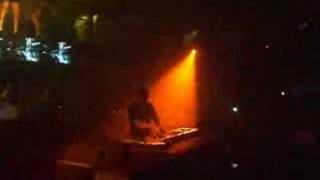 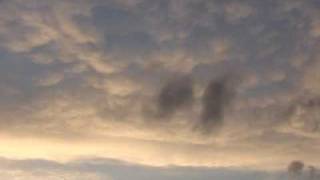 Cloud movement and formation with a gentle breeze over Teià, Barcelona, Spain. 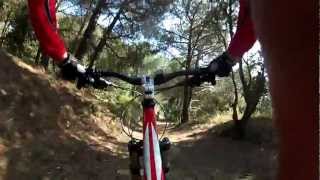 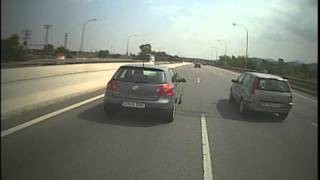 My ride from Barcelona to the curcuit de Catalunya MotoGP race 2006, yes the whole way... 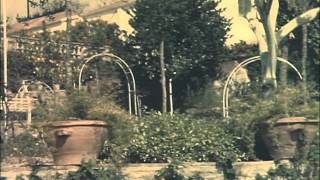 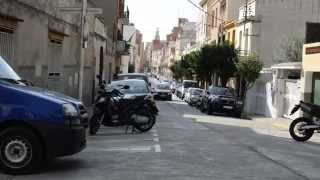 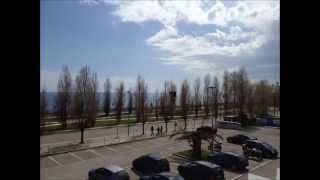 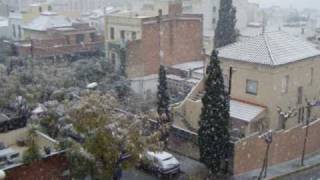 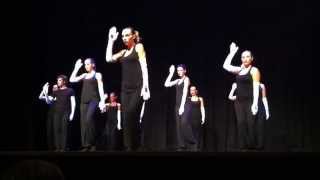 Maresme is a comarca (county) located along the Catalan Mediterranean coast in Spain, between the comarques of Barcelonès (at the Southwest) and Selva (at the Northeast), and also bordering with Vallès Oriental (at the west). Its capital and largest city is Mataró (pop. 119,035 in 2007).

Located at 41.4667, 2.3 (Lat. / Lng.), about 2 miles away.
Wikipedia Article, Homepage
Maresme, Municipalities in the Province of Barcelona

The Cau del Cargol Shells of the World Museum is a museum containing a large private collection of shells; it is situated in Vilassar de Dalt. The collection includes over 16,000 worldwide species of mollusc shells, from marine, terretrial and freshwater habitats. The museum was created in the year 1950, when its founder Jaume Bot i Arenas (1904-1983), started to exhibit his own collection to the public. Later he expanded his collection by acquiring other people's collections.

The aim of Premià de Dalt Museum is to compile, study and disseminate the rich heritage of Premià de Dalt to be found in archaeological, archival, architectural and urban elements. The museum, which is part of the Barcelona Provincial Council Local Museum Network, is based on a project to create a museum that is open, fun and participative.

The Premià de Mar Printing Museum (Catalan: Museu Municipal de l'Estampació de Premià de Mar), located in the old gas factory of the town, is a museum dedicated to explaining the history of textile printing in Premià de Mar and all of Catalonia. It is part of Science and Technology Museum of Catalonia and the Barcelona Provincial Council Local Museum Network.

The purpose of the Vilassar de Dalt Archive-Museum (Catalan: Museu-Arxiu de Vilassar de Dalt) is the conservation and dissemination of the archaeological, architectural, historical, natural and cultural heritage of Vilassar de Dalt and its environment. Located in the Can Banús farmhouse, records for which date back as far as the 14th century, its main collection can be broken down into four categories: archaeology, textiles, history and the historic archive.

These are some bigger and more relevant cities in the wider vivinity of Teià.

This place is known by different names. Here the ones we know:
Teià