El Mas Blau in Barcelona (Catalonia) is located in Spain about 308 mi (or 496 km) east of Madrid, the country's capital town.

Current time in El Mas Blau is now 11:36 AM (Thursday). The local timezone is named Europe / Madrid with an UTC offset of one hour. We know of 9 airports close to El Mas Blau, of which 3 are larger airports. The closest airport in Spain is Barcelona International Airport in a distance of 1 mi (or 2 km), South. Besides the airports, there are other travel options available (check left side).

There are several Unesco world heritage sites nearby. The closest heritage site in Spain is Palau de la Música Catalana and Hospital de Sant Pau, Barcelona in a distance of 7 mi (or 12 km), North-East. We encountered 10 points of interest near this location. If you need a hotel, we compiled a list of available hotels close to the map centre further down the page.

While being here, you might want to pay a visit to some of the following locations: Sant Just Desvern, Sant Feliu de Llobregat, Gava, Santa Coloma de Cervello and Sant Vicenc dels Horts. To further explore this place, just scroll down and browse the available info. 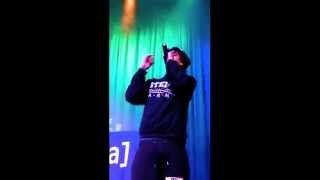 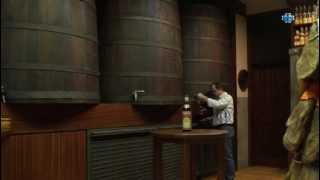 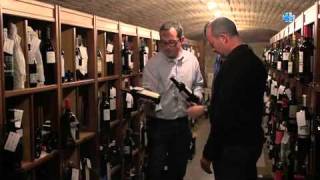 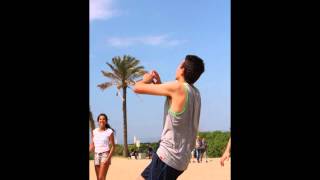 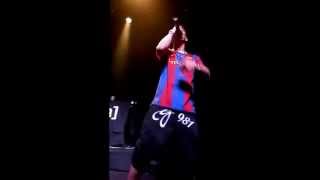 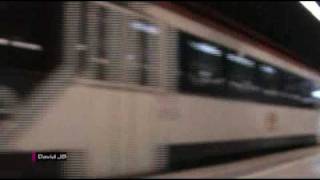 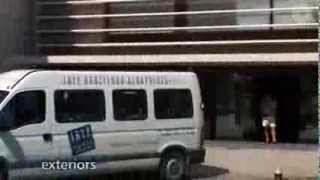 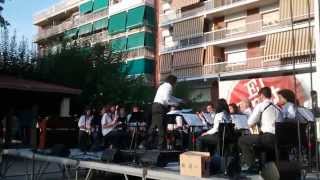 Estadi Cornellà-El Prat is an all-seater football stadium on the outskirts of Cornellà and El Prat de Llobregat, near Barcelona. It took three years to build and cost approximately 60 million euros. Completed in the summer of 2009, it is the new home of RCD Espanyol and was awarded as Venue of the Year getting the Stadium Business Awards on 18 June 2010 in Dublin. The stadium has a capacity of 40,500 and replaced their previous stadium, the Estadi Olímpic Lluís Companys.

Gavarra is a station on line 5 of the Barcelona Metro. The station is located underneath Avinguda Salvador Allende, between Carrer de l'Anoia and Carrer de l'Empordà, in Cornellà de Llobregat. It was opened in 1983. The side-platform station has a single ticket hall with two accesses.

Almeda is a railway station in Cornellà de Llobregat, near Barcelona. Since FGC's L8 is listed as a Barcelona Metro and Metro del Baix Llobregat line, it's also considered a metro station. Besides L8, it's served by other FGC lines, namely S33, S4, S5, R5 and R6, all of which terminate at Espanya. The station as it can currently be seen was opened on July 9, 1985 when the L8 section between Sant Josep and Cornellà became an underground service. Before then, the station was above ground.

The El Prat Museum, in El Prat de Llobregat, was created in 1962 as part of an initiative of the town council to recover the town’s historic and natural heritage. It is located in Balcells Tower, a building from the mid-19th century that was used for farming and as a summer residence, and is part of the Barcelona Provincial Council Local Museum Network. In the next few years the El Prat Museum will relocate to a new building currently under construction.

These are some bigger and more relevant cities in the wider vivinity of El Mas Blau.