Bogatell Beach
District of Barcelona
in Barcelona of Catalonia, Spain

The district Bogatell Beach of Barcelona in Barcelona (Catalonia) is a district in Spain about 315 mi east of Madrid, the country's capital city.

When in this area, you might want to pay a visit to some of the following locations: Badalona, Sant Just Desvern, Ripollet, Montgat and Sant Feliu de Llobregat. To further explore this place, just scroll down and browse the available info. 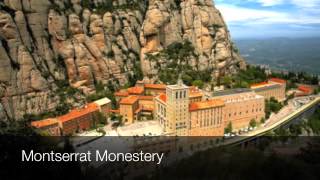 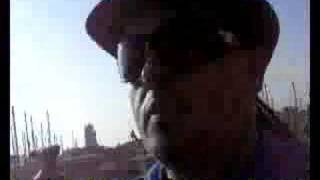 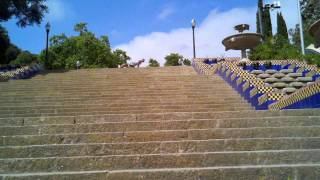 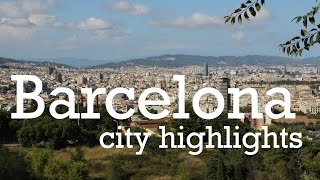 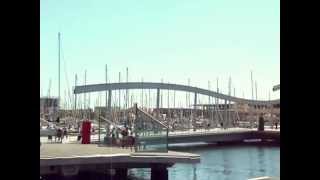 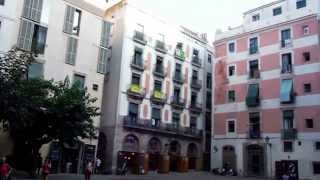 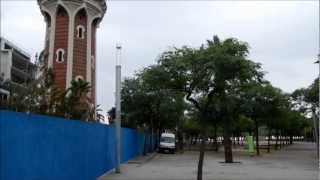 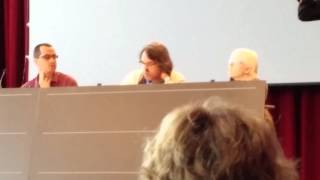 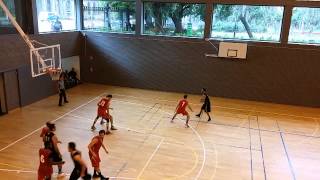 Pompeu Fabra University is a university in Barcelona, Catalonia, Spain. In 2010 was awarded the distinction of International Excellence Campus by the Spanish Ministry of Education and it is widely considered to be one of the best universities in Spain (e.g. is the only Spanish university in the top 200 according to 2011 Times Higher Education Ranking) and was ranked 1st in scientific productivity in Spain in 2010. Founded in 1990, it is named after the Catalan philologist Pompeu Fabra.

Torre Jaume I is a 107 metre (351 feet) high steel truss tower in Barcelona, Catalonia, Spain, which was built in 1931 by Carlos Boigas. The tower is the second-tallest aerial lift pylon in the world, and is a part of the Port Vell Aerial Tramway from Torre Sant Sebastia to Montjuïc. Torre Jaume I also has an observation platform.

Torre Sant Sebastià is a 78 metre tall free standing lattice tower in Barcelona, Catalonia, Spain which is used as a suspension cable station. It is the terminal of the Port Vell Aerial Tramway of Barcelona, which runs over Torre Jaume I to Montjuïc. Torre Sant Sebastia was opened in 1931. It has two elevators to get up to the top of the tower and a restaurant on the top.

Aquarium Barcelona is an aquarium located in Port Vell, a harbor in Barcelona, Catalonia, Spain. The 35 aquariums at the facility are home to 11,000 animals representing 450 species, and an 80-meter underwater tunnel. The Aquàrium of Barcelona is part of the Aspro Group. The aquarium is a member of the Iberian Association of Zoos and Aquaria (AIZA).

Located at 41.3767, 2.18417 (Lat. / Lng.), about 2 miles away.
Wikipedia Article
Visitor attractions in Barcelona, Culture in Barcelona, Conservation in Catalonia, Aquaria in Spain, Ciutat Vella, Buildings and structures in Barcelona

Plaça del Duc de Medinaceli is a square in central Barcelona. It's part of Barri Gòtic, in the Ciutat Vella district, located between Passeig de Colom and Carrer de la Mercè, on a terrain formerly part of a 13th century Franciscan convent until 1836. The square was projected after the disappearance of the old city walls and the convent in the 19th century.

The Royal Barcelona Yacht Club (Spanish: Real Club Náutico de Barcelona, Catalan: Reial Club Nàutic de Barcelona) is a member-only yacht club based in Barcelona. It was established in 1876 and is one of the oldest yacht clubs in Spain. This club is located at one end of Barcelona harbor. It is a well-equipped yacht club, with its own delimited area very close to the competing Royal Barcelona Maritime Club (Reial Club Marítim de Barcelona).

Located at 41.3768, 2.18295 (Lat. / Lng.), about 1 miles away.
Wikipedia Article
Yacht clubs in Spain, 1876 establishments in Spain, Buildings and structures in Barcelona, Culture in Barcelona, Organisations based in Spain with royal patronage, Sport in Barcelona

The Royal Barcelona Maritime Club is a member-only yacht club based in Barcelona. It was established in 1881 and is one of the oldest yacht clubs in Spain. This club is located at one end of Barcelona harbor, close to where la Rambla meets the sea, by the "Maremagnum" shopping mall and aquarium complex.

Located at 41.3755, 2.18189 (Lat. / Lng.), about 2 miles away.
Wikipedia Article
Yacht clubs in Spain, 1902 establishments in Spain, Buildings and structures in Barcelona, Culture in Barcelona, Organisations based in Spain with royal patronage, Sport in Barcelona

Port Vell is a waterfront harbour in Barcelona, Catalonia, Spain, and part of the Port of Barcelona. It was built as part of an urban renewal program prior to the 1992 Barcelona Olympics. Before this, it was a run-down area of empty warehouses, railroad yards, and factories. 16 million people visit the complex each year.

Located at 41.3768, 2.18464 (Lat. / Lng.), about 2 miles away.
Wikipedia Article
History of Barcelona, Visitor attractions in Barcelona, Ciutat Vella, Redeveloped ports and waterfronts, Ports and harbours of Catalonia, Buildings and structures in Barcelona

Located at 41.3722, 2.18014 (Lat. / Lng.), about 2 miles away.
Wikipedia Article
Aerial tramways in Catalonia, Transport in Barcelona, Ports and harbours of Catalonia

World Trade Center Barcelona is a business park located in Barcelona, opened on July 22, 1999. This business centre is located on the waterfront close to the city centre, and has 40,000 m² of rented office and a conference centre, conventions and meeting spaces with 20 different rooms. WTCB building structure was inspired by the shape of a boat surrounded by the Mediterranean Sea, and created by renowned architect Henry N. Cobb who emphasised aesthetics.

W Barcelona, popularly known as the Hotel Vela (Sail Hotel) due to its shape, is a building designed by Ricardo Bofill is located in the Barceloneta district of Barcelona, in the expansion of the Port of Barcelona. The hotel is managed by Starwood Hotels and Resorts hotel chain and marketed under the brand W Hotels. The building, designed by the architect Ricardo Bofill, stands in 7 hectares of land reclaimed from the sea surface in the construction of the new entrance to the harbour.