Depending on your travel schedule, you might want to pay a visit to some of the following locations: Barcelona, Ripollet, Badalona, Sant Just Desvern and Sant Cugat del Valles. To further explore this place, just scroll down and browse the available info.

Jessica Bowler takes us to visit one of the jewels of the modernist movement in Barcelona - the Hospital de Sant Pau. It's also one of the lesser-known works in the city, despite being the... 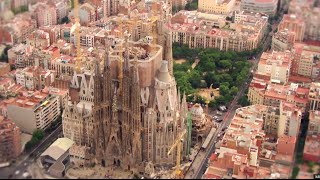 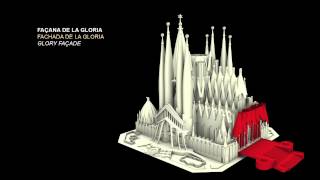 [EN] Watch the development of what remains to be completed on the Sagrada Familia. Construction, started by the architect Antoni Gaudí in 1883, is expected to be finished with the completion... 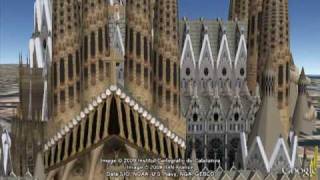 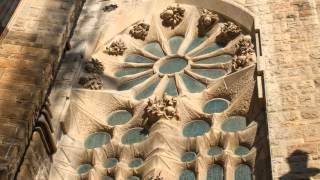 The Sagrada Familia in Barcelona by Antoni Gaudí. Gaudi's greatest creation the giant Basilica in Barcelona. The construction started in 1882 and is still being built today. By http://www.barcelon... 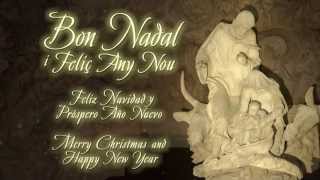 [EN] We wish you and your family a merry Christmas and a happy new year 2015! Video produced by Montenegro Media in collaboration with Vent del Nord, La Fuga, Sinera and Virolet choirs, from... 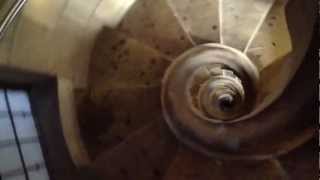 What it feels like to walk down the spiraling staircase into the main area. 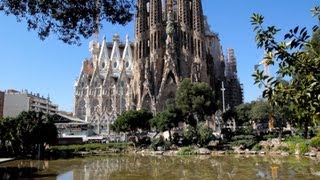 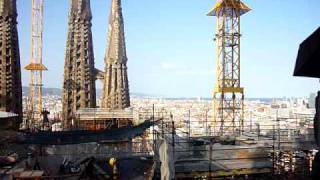 The Basílica i Temple Expiatori de la Sagrada Família, commonly known as the Sagrada Família, is a large Roman Catholic church in Barcelona, Catalonia, Spain, designed by Catalan architect Antoni Gaudí (1852–1926). Although incomplete, the church is a UNESCO World Heritage Site, and in November 2010 was consecrated and proclaimed a minor basilica by Pope Benedict XVI.

The former Hospital de la Santa Creu i Sant Pau (English: Hospital of the Holy Cross and Saint Paul) in the neighborhood of El Guinardó, Barcelona, Catalonia, Spain, is a complex built between 1901 and 1930, designed by the Catalan modernist architect Lluís Domènech i Montaner. Together with Palau de la Música Catalana, it is a UNESCO World Heritage Site. It was a fully functioning hospital until June 2009, it is currently undergoing restoration for use as a museum and cultural center.

Horta-Guinardó is the name of one of the districts of Barcelona, located in its North-Eastern corner. It is named after two very heterogeneous areas of the city, Horta and el Guinardó, which together cover a large area of 11.92 km², which sums up for the 11,9% of the total extension of the city.

Alfons X is a Barcelona metro station, located under Ronda Guinardó and Plaça d'Alfons el Savi, named after Alfonso X of Castile, in the Horta-Guinardó district of Barcelona. Opened in 1974, the station is currently served by L4. It has three entrances, one on the square itself, a second one next to Parc de les Aigües and another one on Carrer Lepant. As of 2007 it is the only metro service in the surrounding area, and will be until Sanllehy metro station on L9 and L10 is complete.

Verdaguer is a station in the Barcelona metro network, located under Plaça de Mossèn Jacint Verdaguer, in Eixample, named after the Catalan poet Jacint Verdaguer. It's served by L4 and L5. It was opened in 1970, as L4 was extended from Urquinaona towards Joanic. The L5 part of the station opened in 1973. It can be accessed from Carrer de Provença, Avinguda Diagonal, Carrer de Girona and Passeig de Sant Joan. It was known as General Mola until 1982.

Sagrada Família is the name of a metro station in Barcelona Metro network. It is named after the famous church of the same name, first designed by architect Antoni Gaudí and still under construction. It is served by TMB-operated Barcelona Metro lines L2 and L5. Barcelona Metro line 2 station was opened in 1995 with the opening of the line between Sant Antoni and this station.

Sant Pau | Dos de Maig is a station on L5 of the Barcelona Metro. Named for the Hospital de Sant Pau World Heritage Site which it serves, the station is located underneath Carrer Indústria in the Eixample, between Carrer Cartagena and Carrer Dos de Maig. It was opened in 1970. Its previous name, before 2009, was Hospital de Sant Pau. The separate-platform station has a ticket hall on either end, each with one access, on Carrer Cartagena and Carrer Dos de Maig.

Guinardó | Hospital de Sant Pau (until 2009 Guinardó) is a station of the Barcelona Metro, on L4, serving Ronda del Guinardó and Plaça del Guinardó. It opened in 1974. The station is due to become part of double line L9-L10 in the near future.

The Siege of Barcelona took place between 14 September and 19 October 1705 during the War of the Spanish Succession when an Allied army supporting the Austrian pretender to the Spanish throne led by Lord Peterborough captured the city of Barcelona from its Franco-Spanish Bourbonic defenders. An attempted landing had been repulsed the previous year at the Battle of Barcelona (1704).

Plaça de Mossèn Jacint Verdaguer (colloquially Plaça Verdaguer or simply Verdaguer) is a square in the Eixample district of Barcelona, Catalonia, Spain. It lies in the intersection between Avinguda Diagonal, the city's main avenue, and Passeig de Sant Joan, in Dreta de l'Eixample, not far from the Sagrada Família.

Plaça de Tetuan is a major square in Barcelona. It is in Fort Pienc, in the central district of Eixample, at the busy intersection of Gran Via de les Corts Catalanes and Passeig de Sant Joan. The square is named after the siege and occupation of the Moroccan city of Tetuan by general Joan Prim and Catalan volunteers. It was formerly called Hermenegildo Giner de los Ríos.

The Municipal Conservatory of Barcelona is a teaching institution, which is devoted to music education. The present ownership belongs to the Barcelona City Hall.