Berlin in Land Berlin with it's 3,426,354 residents is a town located in Germany. It's the capital of this country.

Time in Berlin is now 11:16 AM (Sunday). The local timezone is named Europe / Berlin with an UTC offset of 2 hours. We know of 8 airports nearby Berlin, of which 4 are larger airports. The closest airport in Germany is Berlin-Tegel International Airport in a distance of 6 mi (or 9 km), North-West. Besides the airports, there are other travel options available (check left side).

There are several Unesco world heritage sites nearby. The closest heritage site in Germany is Museumsinsel (Museum Island), Berlin in a distance of 1 mi (or 1 km), South-West. We collected 5 points of interest near this location. Need some hints on where to stay? We compiled a list of available hotels close to the map centre further down the page.

Being here already, you might want to pay a visit to some of the following locations: Schoenefeld, Ahrensfelde, Grossbeeren, Birkenwerder and Kleinmachnow. To further explore this place, just scroll down and browse the available info. 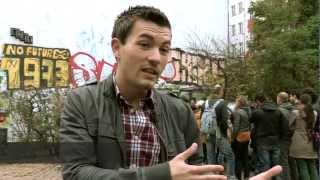 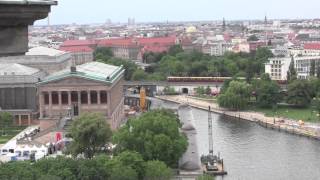 Montage of video footage taken from around Berlin, Germany's capital city on warm Summer days in July 2012. Berlin is a world city of culture, politics, media, and science. Its economy is primarily... 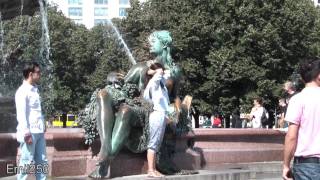 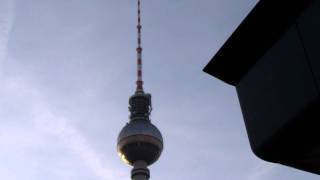 Der Fernsehturm am Alexanderplatz in Berlin 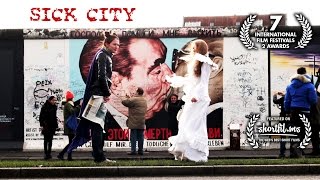 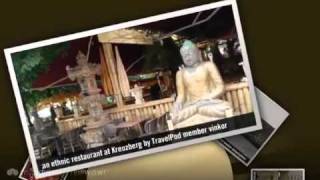 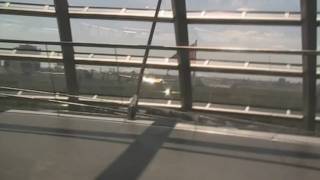 EuroTrip day 2. Met my brother in Berlin after he had been studying abroad for a few weeks and visited Warsaw. This is the first half of our day in Berlin. Saw Alexanderplatz, Berliner Dom,... 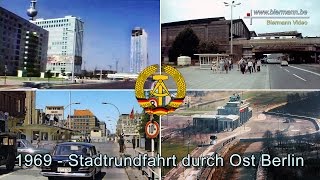 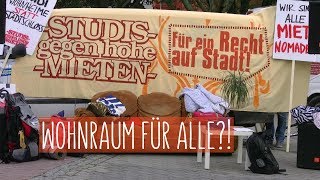 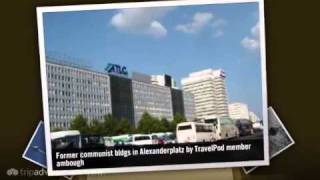 Alexanderplatz is a large public square and transport hub in the central Mitte district of Berlin, near the Fernsehturm. Berliners often call it simply Alex, referring to a larger neighbourhood stretching from Mollstraße in the northeast to Spandauer Straße and the City Hall in the southwest.

The Fernsehturm (English: television tower) is a television tower in the city centre of Berlin, Germany. Close to Alexanderplatz, the tower was constructed between 1965 and 1969 by the administration of the German Democratic Republic. It was intended as a symbol of Berlin, which it remains today, as it is easily visible throughout the central and some suburban districts of Berlin. With its height of 368 meters, it is the tallest structure in Germany.

The Volksbühne ("People's Theatre") is a theater in Berlin, Germany. Located in Berlin's city center Mitte on Rosa-Luxemburg-Platz (Rosa Luxemburg Square) in what was the GDR's capital. The Volksbühne was built during the years 1913 to 1914 and was designed by Oskar Kaufmann, with integrated sculpture by Franz Metzner. It has its origin in an organization known as the "Freie Volksbühne" ("Free People's Theater") which sketched out the vision for a theater "of the people" in 1892.

Scheunenviertel (means "Barn Quarter") refers to a neighborhood of Mitte in the centre of Berlin. It is situated to the north of the medieval Altberlin area, east of the Rosenthaler Straße and Hackescher Markt. Until the Second World War it was regarded as a slum district and had a substantial Jewish population with a high proportion of migrants from Eastern Europe.

Rosa-Luxemburg-Platz is a Berlin U-Bahn station located on the U2. It was formerly called Schönhauser Tor and is located at the foot of Schönhauser Allee, at the corner of Torstraße. Build in 1913 by Grenander its first name was "Schönhauser Tor". In 1934 the name was changed to "Horst-Wessel-Platz". After the war in 1945 it got its first name again. However in 1950 it was named Luxemburgplatz, then in 1978 precise in Rosa-Luxemburg-Platz to avoid confusion with the country.

Rosa-Luxemburg-Straße is a street in central Berlin, the capital of Germany. The street runs north from Dircksenstraße in the inner eastern part of the city, to Torstraße where it becomes Schönhauser Allee. The best-known building on Rosa-Luxemburg-Straße is the Volksbühne ("people's theatre") at Rosa-Luxemburg-Platz (which was called Bülowplatz before World War II and Horst-Wessel-Platz during the Nazi period).

Berlin Alexanderplatz is a railway station in the Mitte district of Berlin's city centre. It is one of the busiest transportation hubs in the Berlin area. The station is named for the Alexanderplatz square on which it is located, immediately beneath the Fernsehturm and the World clock.

The Rosa-Luxemburg-Platz is a square in Berlin-Mitte, Germany. The square is dominated by the Volksbühne and by the Karl-Liebknecht-Haus, the headquarters of the German Left Party. The party's predecessor, the Communist Party of Germany, opened its headquarters on the square in 1926. The square was previously named Babelsberger Platz (1907-1910) and Bülowplatz (1910-1933).

The Karl-Liebknecht-Haus or Karl Liebknecht House is the headquarters of the Party The Left in Germany. It is located between the Alexanderplatz and Rosa-Luxemburg-Platz in Berlin-Mitte. Constructed in 1912 as a factory, the building was purchased by the Communist Party of Germany (Kommunistische Partei Deutschlands, KPD) in 1926 and became the seat of its Central Committee.

Located at 52.5261, 13.4131 (Lat. / Lng.), about 0 miles away.
Wikipedia Article
Buildings and structures in Berlin, Headquarters of political parties

Federal Commissioner for the Stasi Archives

The Federal Commissioner for the Stasi Archives is an upper-level federal agency of Germany that preserves and protects the archives and investigates the past crimes of the former Stasi, the secret police and intelligence organization of the communist German Democratic Republic (East Germany). Since March 2011, Roland Jahn has been head of the agency. The agency is subordinate to the Representative of the Federal Government for Culture. As of 2010, it has 1 687 employees.

The 1757 Berlin raid took place during the Seven Years' War. Cavalrymen of the Holy Roman Empire attacked and briefly occupied Berlin, the capital of Prussia.

1976 Conference of Communist and Workers Parties of Europe

The Conference of Communist and Workers Parties of Europe was an international meeting of communist parties, held in the city of East Berlin, capital of the communist-governed East Germany, on 29–30 June 1976. In all, 29 parties from across Europe participated in the conference, including those which were in power in the Eastern Bloc and those with marginal electoral support in the west. The conference highlighted several important changes in the European communist movement.

These districts belong to Berlin.

These are districts that are close by, but belong to a different city than Berlin.

These are some bigger and more relevant cities in the wider vivinity of Berlin.