Lüneburg in Lower Saxony with it's 71,260 habitants is located in Germany about 135 mi (or 217 km) west of Berlin, the country's capital town.

Current time in Lüneburg is now 05:10 PM (Saturday). The local timezone is named Europe / Berlin with an UTC offset of 2 hours. We know of 11 airports close to Lüneburg, of which 5 are larger airports. The closest airport in Germany is Hamburg-Finkenwerder Airport in a distance of 31 mi (or 50 km), North-West. Besides the airports, there are other travel options available (check left side).

There are several Unesco world heritage sites nearby. The closest heritage site in Germany is Hanseatic City of Lübeck in a distance of 44 mi (or 71 km), North. If you need a hotel, we compiled a list of available hotels close to the map centre further down the page.

While being here, you might want to pay a visit to some of the following locations: Adendorf, Bardowick, Deutsch Evern, Wendisch Evern and Reppenstedt. To further explore this place, just scroll down and browse the available info. 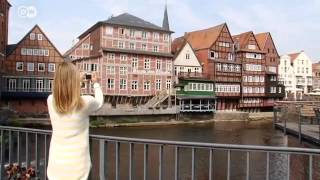 Lüneburg - Vacationing with a viewer from the USA | Discover Germany

It's the first time on the Lüneburg Heath for Bonnie Middlebrook from the USA. She explores the town of Lüneburg and has an unforgettable encounter with a German heath sheep. For more go... 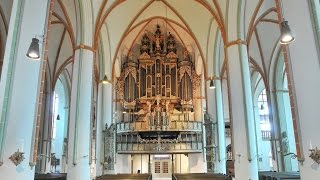 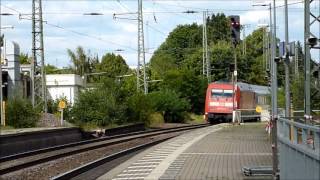 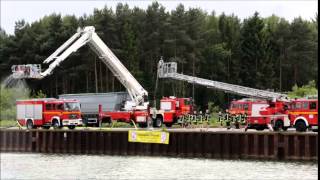 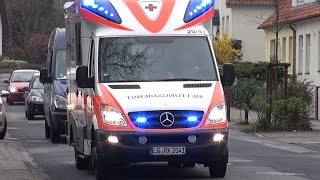 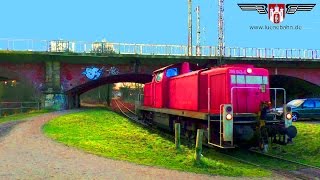 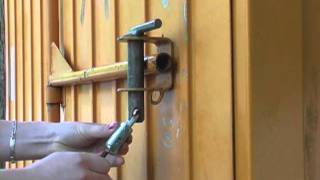 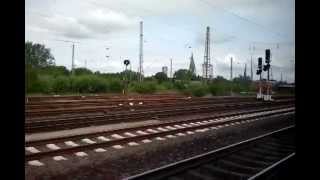 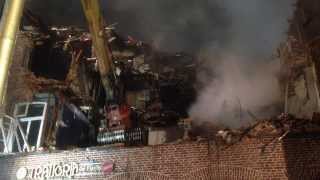 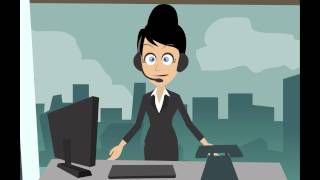 Lüneburg was one of the four Regierungsbezirke of Lower Saxony, Germany, located in the north of the federal state between the three cities Bremen, Hamburg and Hanover. The region was created under royal Hanoverian rule in 1823 as Landdrostei Lüneburg, renamed Regierungsbezirk in 1885, then being a subdivision of the Prussian Province of Hanover. On 1 February 1978 the Lüneburg Region incorporated the neighbouring former Stade Region.

The Church of John the Baptist (Germ. St. Johannis or Johanniskirche) is the oldest Lutheran church in Lüneburg and located in the city center.

Lüne Abbey is an abbey in Lüneburg, in the German state of Lower Saxony, which was originally built for Benedictine nuns and today is home to a chapter of Lutheran conventuals. It is one of several former monasteries administered by the Hanoverian monastic chamber (Klosterkammer Hannover).

The German Salt Museum (German: Deutsche Salzmuseum / Industriedenkmal Saline Lüneburg) in the German town of Lüneburg was established on the site of the old production facilities of the Lüneburg Saltworks (Lüneburger Saline) when it was closed in 1980. This industrial memorial which is based in the boiling house built in 1924 is one of the earliest of its type. It recalls the history of the oldest and, at one time, the greatest industrial operation in central Europe.

The Lüneburg Kalkberg (not to be confused with the Segeberger Kalkberg) is the cap rock of a salt dome in the western part of the German town of Lüneburg. The Kalkberg was a gypsum mine during the middle ages, but is today a Naturschutzgebiet (nature reserve) and a common meeting place for city residents.

The Leuphana University Lüneburg in Lüneburg, Germany, was founded in 1946 as a college of education (Pädagogische Hochschule or PH) and, since 2007, has offered a unique, Germany-wide, study and university model. It is designated as a 'foundation under public law'. The name Leuphana is derived from an ancient settlement on the Elbe river, that was mentioned in the geographical world atlas by Ptolemy in the 2nd century.

The East Prussian State Museum in Lüneburg, Lower Saxony in Germany, was established 1987 on the basis of the East Prussian Hunting Museum created by forester Hans Loeffke. It documents and commemorates the history, art and culture, but also the landscape and fauna of the previous German province East Prussia. Since spring 2009 the director of the museum is historian Dr. Joachim Mähnert.

Lüneburg Water Tower is a water tower in the southeastern part of the Lüneburg old town in Lower Saxony, Germany. The erection of the water tower was initiated on 3 October 1905, after drawings by the architect Franz Krüger (1873–1936), and was taken into use November 1907.

These districts belong to Lüneburg.

These are districts that are close by, but belong to a different city than Lüneburg.

These are some bigger and more relevant cities in the wider vivinity of Lüneburg.