Rostock in Mecklenburg-Vorpommern with it's 198,293 habitants is a town located in Germany about 120 mi (or 193 km) north-west of Berlin, the country's capital town.

Time in Rostock is now 01:56 PM (Thursday). The local timezone is named Europe / Berlin with an UTC offset of one hour. We know of 12 airports closer to Rostock, of which 5 are larger airports. The closest airport in Germany is Rostock-Laage Airport in a distance of 13 mi (or 21 km), South-East. Besides the airports, there are other travel options available (check left side).

There are several Unesco world heritage sites nearby. The closest heritage site in Germany is Historic Centres of Stralsund and Wismar in a distance of 41 mi (or 66 km), East. We saw 1 points of interest near this location. In need of a room? We compiled a list of available hotels close to the map centre further down the page.

Since you are here already, you might want to pay a visit to some of the following locations: Guestrow, Zingst, Wismar, Parchim and Nykobing Falster. To further explore this place, just scroll down and browse the available info. 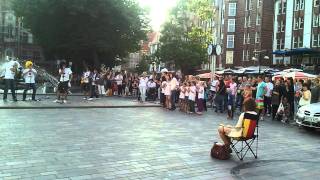 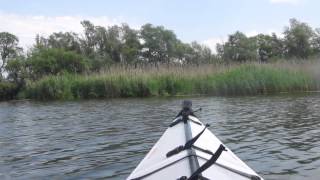 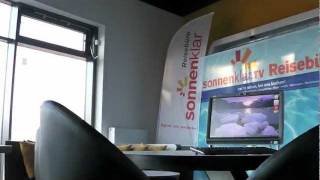 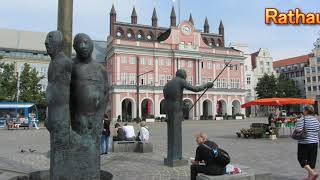 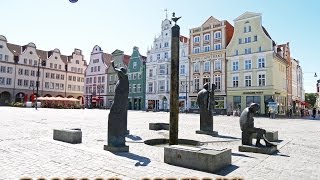 From Wikipedia, "One of the most picturesque places in Rostock is the Neuer Markt (New Market Square), with the Town Hall [Pink Building]—that was originally built in the 13th century in... 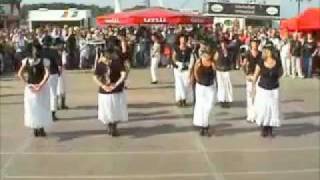 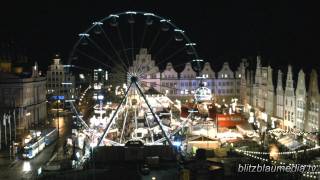 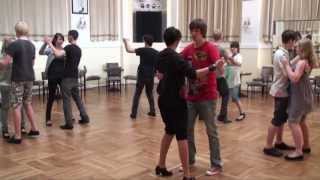 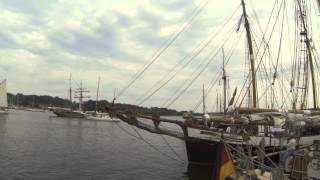 to see a nice experience sailing / steam and motor ships - who wants to can also be booked on site a ride on a ship and experienced for 2 4 hours the dream of a sailor - I myself am an avid... 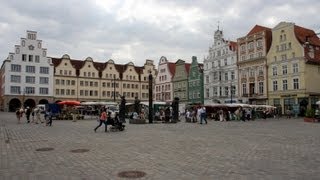 St. Peter's Church, in German Petrikirche, is the oldest of three town churches found in the Hanseatic city of Rostock, in northern Germany. The other two are St. Mary`s Church (Marienkirche) and St. Nicholas (Nikolaikirche). A fourth, St. Jakobi, was heavily damaged during the Second World War and subsequently demolished.

The Max Planck Institute for Demographic Research (MPIDR) is located in Rostock, Germany. It was founded in 1996 and moved into new buildings in Rostock in 2002. It is one of approximately 80 institutes of the Max Planck Society. The MPIDR is jointly led by founding director James Vaupel and Joshua S. Goldstein, who joined the institute in 2007 following the retirement of Jan Hoem and took over Executive Directorship in May 2009.

Rostock Central Station (Rostock Hauptbahnhof) is the main railway station in the German city of Rostock. The station was first opened in 1886 by the Deutsch-Nordischer Lloyd, operating a combined railway/ferry line to Nykøbing Falster in Denmark. In 1894, the station was renamed to Central-Bahnhof and finally to Rostock Hauptbahnhof at the turn of the 20th century. The station saw further expansion in 1913 and 1922, but was heavily damaged in World War II.

St. Mary's Church, Rostock, in German Marienkirche, is the biggest of three town churches found in the Hanseatic city of Rostock, in northern Germany. The other two are St. Peter's (Petrikirche) and St. Nicholas (Nikolaikirche). A fourth, St. James' (Jakobikirche), was heavily damaged during the Second World War and subsequently demolished. St.

Rostock University of Music and Theatre

The Rostock University of Music and Theatre (Hochschule für Musik und Theater Rostock in German) is a college of music in Rostock, Germany. The Hochschule opened in 1994 and is situated in a former cloister named Katharinenkloster in the hanseatic city of Rostock. The Hochschule is a member of the Association of Baltic Academies of Music.

Unterwarnow is the estuary of the Warnow River in Mecklenburg-Vorpommern, northern Germany. Connected with the Baltic Sea in Warnemunde. On the coasts of the estuary, the City of Rostock is located.

Abbey of the Holy Cross, Rostock

The Abbey of the Holy Cross (German: Kloster zum Heiligen Kreuz) in Rostock was founded in the 13th century by Cistercian nuns. It is the only fully preserved abbey in the city. The complex includes the former abbey church which is used today as the University Church (Universitätskirche). The remaining abbey buildings house the Museum of Cultural History (Kulturhistorische Museum) for the city of Rostock.

The Rostock tramway network is the centrepiece of the public transport system in Rostock, the largest city in the federal state of Mecklenburg-Vorpommern, Germany. Opened in 1881 as a horsecar system, the network was converted to electrical operation in 1904. It is currently operated by Rostocker Straßenbahn AG  (RSAG).

These districts belong to Rostock.

These are districts that are close by, but belong to a different city than Rostock.

These are some bigger and more relevant cities in the wider vivinity of Rostock.