Mainz in Rhineland-Palatinate with it's 184,997 habitants is located in Germany about 283 mi (or 455 km) south-west of Berlin, the country's capital town.

Current time in Mainz is now 04:12 AM (Friday). The local timezone is named Europe / Berlin with an UTC offset of 2 hours. We know of 7 airports close to Mainz, of which 3 are larger airports. The closest airport in Germany is Wiesbaden Army Airfield in a distance of 5 mi (or 8 km), North-East. Besides the airports, there are other travel options available (check left side).

There are several Unesco world heritage sites nearby. The closest heritage site in Germany is Messel Pit Fossil Site in a distance of 22 mi (or 35 km), East. We encountered 3 points of interest near this location. If you need a hotel, we compiled a list of available hotels close to the map centre further down the page.

While being here, you might want to pay a visit to some of the following locations: Bodenheim, Ginsheim-Gustavsburg, Gau-Bischofsheim, Harxheim and Klein-Winternheim. To further explore this place, just scroll down and browse the available info. 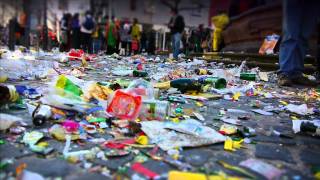 a film by www.geralddietsch.com Mainz, Germany, Shrove Monday 2011 The Mainz procession on Shrove Monday took place for the first time in 1838. With some 9500 active participants and... 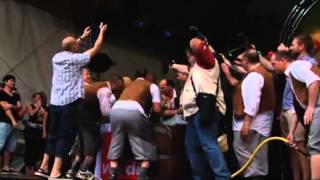 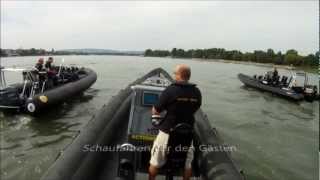 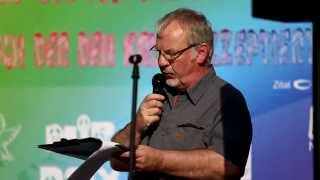 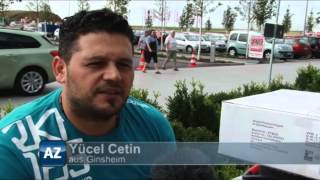 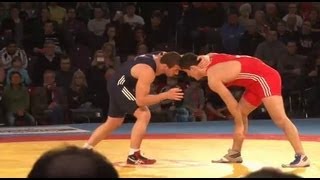 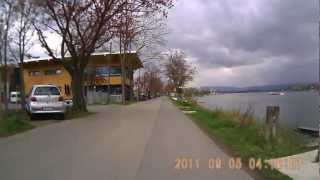 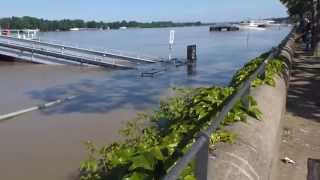 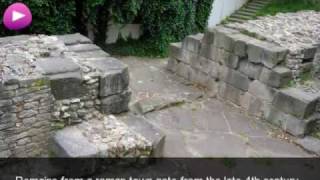 Create your own video on http://studio.stupeflix.com/?w=1 ! Mainz Old Town View from the citadelle (2003). Remains from a roman town gate from the late 4th century. The Drusus monument ... 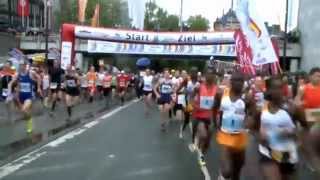 The Gutenberg Museum is one of the oldest museums of printing in the world, located opposite the cathedral in the old part of Mainz, Germany. It is named after Johann Gutenberg, the inventor of printing from moveable metal type. The collections include printing equipment and examples of printed materials from many cultures.

Mainz Cathedral or St. Martin's Cathedral (in German Mainzer Dom, Martinsdom or - officially - Der Hohe Dom zu Mainz) is located near the historical center and pedestrianized market square of the city of Mainz, Germany. This 1000 year-old Roman Catholic cathedral is the site of the episcopal see of the Bishop of Mainz.

The Mainzer Zitadelle is situated at the fringe of the Old Town near Mainz Römisches Theater station. The fortress was constructed in 1660 and was an important part of the Fortress Mainz.

The Collegiate Church of St. Stephan, known in German as St. Stephan zu Mainz, is a Gothic hall collegiate church located in the German city of Mainz.

The Bassenheimer Hof (Bassenheimer Palace) is an historic building in Mainz, western Germany. At present (2009) the large structure is the seat of the Ministry of the Interior and Sports of the federal state of Rhineland-Palatinate.

Located at 49.9978, 8.26778 (Lat. / Lng.), about 1 miles away.
Wikipedia Article
Houses completed in 1750, Buildings and structures in Mainz, Baroque architecture in Rhineland-Palatinate

St. Alban's Abbey, Mainz (Stift St. Alban vor Mainz) originated as a Benedictine abbey, founded in 787 or 796 by Archbishop Richulf (787–813) in honour of Saint Alban of Mainz, located to the south of Mainz on the hill later called the Albansberg. It was turned into a collegiate foundation (Herrenstift) in 1442. The buildings were entirely destroyed in 1552, although the foundation retained a legal existence until its formal dissolution in 1802.

The Osteiner Hof ("Court of Ostein") is one of several Baroque-era palatial mansions along Schillerplatz square in the German city of Mainz. The mansion, along the southern edge of the square, was built in 1747-1752 by architect-soldier Johann Valentin Thomann for Franz Wolfgang Damian von Ostein, brother of Johann Friedrich Karl von Ostein, who was prince-bishop of Mainz at that time.

The Iron Tower is a mediaeval tower dating to the early 13th century, and modified in the 15th century, which with the Wood Tower and the Alexander Tower is one of three remaining towers from the city walls of Mainz, Germany. Its name derives from the Iron Market (Eisenmarkt), which was held in the immediate vicinity until the 19th century. The Iron Tower served as a watchtower and gate to the city, and later as a gaol. It was badly damaged in World War II and reconstructed in the 1960s.

The Wood Tower is a mediaeval tower in Mainz, Germany, with the Iron Tower and the Alexander Tower one of three remaining towers from the city walls. Its current Gothic appearance dates to the early 15th century. It is so named because wood used to be piled next to it on the bank of the Rhine. Like the Iron Tower, the Wood Tower was used as a watchtower and gate-tower and later as a gaol.

The Drususstein (Drususstone) is a nearly 20 meters high, masonry block of Roman origin on the grounds of the citadel of Mainz, Germany. It was originally cast in marble. Researchers now largely accept that this is the structural remnant of the cenotaph mentioned by writers like Eutropius and Suetonius, erected in 9 BC by Roman troops in honour of the deceased general Drusus, in Mogontiacum.

Mainz Römisches Theater station is a station in the city of Mainz, the capital of the German state of Rhineland-Palatinate on the Main Railway from Mainz to Frankfurt am Main. It is the most important station in the city after Mainz Hauptbahnhof. It is classified by Deutsche Bahn as a category 3 station. The station is served by S-Bahn and regional trains.

The Marktbrunnen in Mainz is a renaissance fountain located at the ″Markt″ (market place) of Mainz. It was donated by elector Albert of Mainz and crafted in the workshop of the Mainz sculpturer Hans Backoffen. The Marktbrunnen represents one of the first architectural formed decorated fountains of the renaissance.

These districts belong to Mainz.

These are districts that are close by, but belong to a different city than Mainz.

These are some bigger and more relevant cities in the wider vivinity of Mainz.