Dortmund in Regierungsbezirk Arnsberg (North Rhine-Westphalia) with it's 588,462 habitants is a city located in Germany about 262 mi (or 422 km) west of Berlin, the country's capital town.

Current time in Dortmund is now 04:08 AM (Thursday). The local timezone is named Europe / Berlin with an UTC offset of one hour. We know of 8 airports closer to Dortmund, of which 4 are larger airports. The closest airport in Germany is Dortmund Airport in a distance of 6 mi (or 10 km), East. Besides the airports, there are other travel options available (check left side).

There are several Unesco world heritage sites nearby. The closest heritage site in Germany is Zollverein Coal Mine Industrial Complex in Essen in a distance of 18 mi (or 29 km), West. We saw 4 points of interest near this location. In need of a room? We compiled a list of available hotels close to the map centre further down the page.

Since you are here already, you might want to pay a visit to some of the following locations: Hagen, Holzwickede, Unna, Nordkirchen and Herne. To further explore this place, just scroll down and browse the available info. 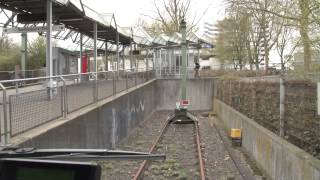 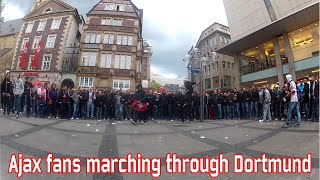 Follow rapie1960 on Twitter: https://twitter.com/pi_alfa Another matchday experience seen through the eyes of an Ajax fan (Dortmund, Westfalen stadion) 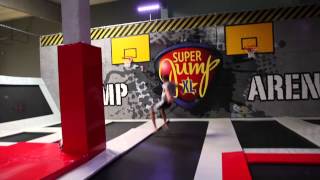 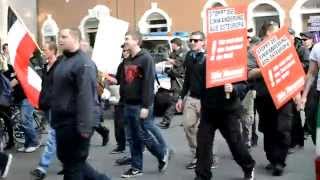 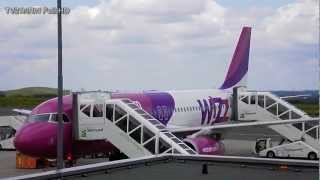 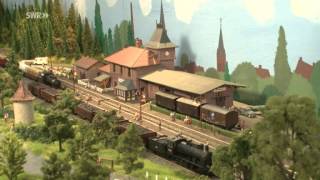 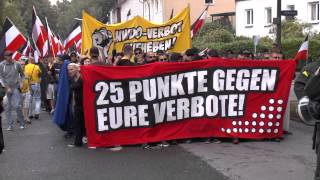 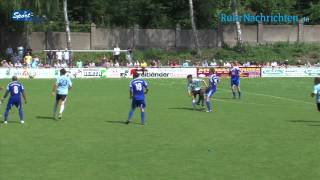 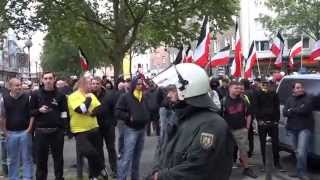 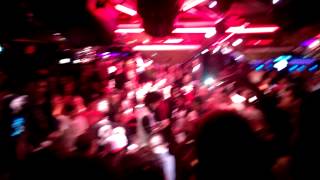 The Lutheran Protestant Church of St. Reinoldi is, according to its foundation date, the oldest extant church in Dortmund, Germany; it is dedicated to Renaud de Montauban, the patron of the city. The church was built as a palatine church in the Ottonian era. The present building is a late Romanesque church with a late gothic quire. The St.

The Museum Ostwall (known as Museum am Ostwall until 2010) is a museum of modern and contemporary art in Dortmund, Germany. It was founded in the late 1940s, and has been located in the Dortmund U-Tower since 2010. The collection includes paintings, sculptures, objects and photographs from the 20th century, plus over 2,500 graphics, spanning Expressionism through classic modern art to the present day.

Dortmund Central Station (Dortmund Hauptbahnhof) is the central station for the city of Dortmund in Germany. The station's origins lie in a joint station of the Köln-Mindener Eisenbahn and Bergisch-Märkische Eisenbahn which was built north of the city centre in 1847. That station was replaced by a new station, erected in 1910 at the current site. It featured raised embankments to allow a better flow of traffic. At the time of its opening, it was one of the largest stations in Germany.

The U-Tower or Dortmunder U is a former brewery building in the city of Dortmund, Germany. Since 2010 it serves as a center for the arts and creativity, housing among other facilities the Museum Ostwall.

Opernhaus Dortmund (Dortmund Opera House) is the opera house of Dortmund, Germany, which opened in 1966 and is formally operated by the Theater Dortmund organisation. This is the second opera house to exist in Dortmund, the first one having been built in 1904, but it was destroyed during World War I. The 1966 opera house was designed by architects Heinrich Rosskotten and Edgar Tritthart.

Dortberghaus is a listed building in the Dortmund city center. The Dortberghaus emerged in the years 1937-1938 after the plans of the Cologne architect Emil Rudolf Mewes as an administrative building of the Gelsenkirchen Mining-AG. The building is close to the Dortmund main train station. The Gelsenkirchen mine-AG wrote in 1936 opened an architectural competition for the construction of the building; Emil Rudolf Mewes won.

The Adler Apotheke, in Dortmund, is the oldest existing pharmacy in its original location in North Rhine-Westphalia. The pharmacy is located in a historic building at the Adler Alter Markt in the heart of downtown Dortmund . It is first documented in 1392 and was owned by the same family for over 500 years. In the cellar buildings of today's pharmacy is now a pharmacy museum. Here can be found almost 100 square metres of exhibition pieces including an equipment room, laboratory and store rooms.

The Museum für Kunst und Kulturgeschichte or MKK (Museum of Art and Cultural History) is a municipal museum in Dortmund, Germany. It is currently located in an Art Deco building which was formerly the Dortmund Savings Bank. The collection includes paintings, sculptures, furniture and applied art, illustrating the cultural history of Dortmund from early times to the 20th century.

Dortmund Stadthaus is a railway station on the Welver–Sterkrade railway situated in Dortmund in western Germany. It is served by the S4 line of Rhine-Ruhr S-Bahn. A Dortmund Stadtbahn underground station is located underneath the station.

Fletch Bizzel is a theatre in North Rhine-Westphalia, Germany.

Altes Stadthaus in Dortmund, North Rhine-Westphalia, Germany, is an office block which was built in 1899, and was designed by "master builder" Friedrich Kullrich (a German architect, urban planner and construction officer from Berlin). It was built in the Renaissance Revival architecture (Neo-Renaissance) style. After the office block was severely damaged in World War II, it was rebuilt in a simplified form. At the top of the gable is an eagle emblem, representing the city of Dortmund.

Located at 51.5111, 7.46722 (Lat. / Lng.), about 0 miles away.
Wikipedia Article
Buildings and structures in Dortmund, Renaissance Revival architecture in Germany, Office buildings completed in 1899

These districts belong to Dortmund.

These are districts that are close by, but belong to a different city than Dortmund.

These are some bigger and more relevant cities in the wider vivinity of Dortmund.