Ulm in Tübingen Region (Baden-Württemberg) with it's 120,451 habitants is located in Germany about 322 mi (or 519 km) south-west of Berlin, the country's capital town.

Current time in Ulm is now 07:11 AM (Saturday). The local timezone is named Europe / Berlin with an UTC offset of one hour. We know of 12 airports close to Ulm, of which 5 are larger airports. The closest airport in Germany is Memmingen Allgau Airport in a distance of 31 mi (or 49 km), South. Besides the airports, there are other travel options available (check left side).

There are several Unesco world heritage sites nearby. The closest heritage site in Germany is Pilgrimage Church of Wies in a distance of 65 mi (or 105 km), South-East. We encountered 2 points of interest near this location. If you need a hotel, we compiled a list of available hotels close to the map centre further down the page.

While being here, you might want to pay a visit to some of the following locations: Neu-Ulm, Dornstadt, Beimerstetten, Staig and Bernstadt. To further explore this place, just scroll down and browse the available info.

So lebt es sich in Ulm 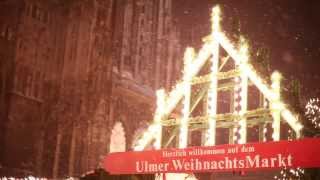 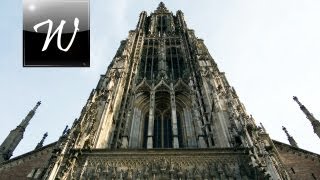 Ulm Minster - HD footage, information and facts on the striking Ulm Minster. This massive church can boast about being the tallest church in the whole world. If you enjoyed this video, make... 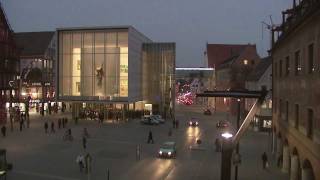 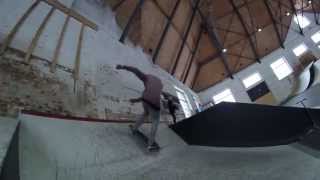 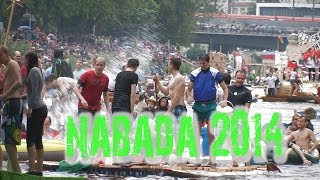 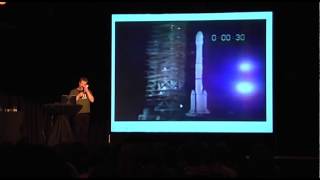 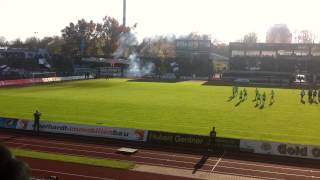 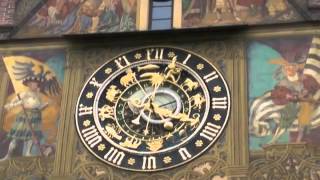 Our first day of wandering round the city of Ulm, Baden-Württemberg, Germany. 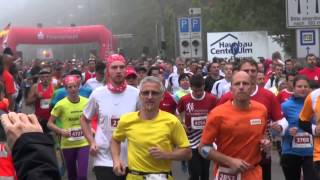 The Battle of Ulm on 16–19 October 1805 was a series of minor skirmishes at the end of Emperor Napoleon's Ulm Campaign. It culminated in the surrender of Karl Freiherr Mack von Leiberich and a significant part of his army near Ulm in Württemberg.

Ulm Central Station (Ulm Hauptbahnhof) is the main station in the city of Ulm, which lies on the Danube, on the border of the German states of Baden-Württemberg and Bavaria in the Danube-Iller region (Region Donau-Iller). Ulm station has twelve platforms, of which five are terminating platforms, and forms a major railway junction. Other stations in the city are Ulm-Söflingen to the west and Ulm Ost (east) to the east and Ulm-Donautal (Danube valley) in the industrial area.

Söflingen Abbey was a nunnery of the Order of Poor Ladies, also known as the Poor Clares, the Poor Clare Sisters, the Clarisse, the Minoresses, or the Second Order of St. Francis. It was situated in the village of Söflingen, now part of Ulm in Baden-Württemberg, Germany. Being the oldest nunnery of this order in Germany, it was also its most important and most affluent.

The Stadthaus Ulm is an assembly hall and art exhibition centre in the city centre of Ulm. As an international landmark of modern architecture it is a building that encourages encounters with art, people, and culture. At the foot of the famous Ulm Minster, forming both a contrast and a complement to this dominating late-Gothic building, the Stadthaus and Münsterplatz (minster square) were designed by the renowned US architect Richard Meier.

Max Bögl group plans, builds and operates. On the evening of 11 November met the council of Ulm, together with the City of Neu-Ulm by a large majority a landmark decision to build a modern multifunction hall on the Neu-Ulm Volksfestplatz. After a design & build process, the group was Max Bögl to the arenas in Nuremberg and Varazdin again convince the construction and operation of a multipurpose hall.

The Ulm tramway network forms part of the public transport system in Ulm, in the federal state of Baden-Württemberg, Germany. Opened in 1897, the network is currently operated by Stadtwerken Ulm/Neu-Ulm GmbH (SWU).

AuGuSTheater Neu-Ulm is a theatre in Bavaria, Germany.

Theater Ulüm is a theatre in Baden-Württemberg, Germany.

Neu-Ulm station is the largest railway station of the Bavarian Große Kreisstadt (major district town) of Neu-Ulm. Other station in Neu-Ulm are Gerlenhofen and Finninger Straße, both on the Neu-Ulm–Kempten railway, and the disused Burlafingen station on the Ulm–Augsburg railway. The station was opened in 1853 and was rebuilt in 2007 as part of the Neu-Ulm 21 project in an open trough structure, which is covered to the northeast and southwest of the platforms.

These districts belong to Ulm.

These are some bigger and more relevant cities in the wider vivinity of Ulm.