Regensburg in Upper Palatinate (Bavaria) with it's 129,151 citizens is a town in Germany about 249 mi (or 401 km) south of Berlin, the country's capital city.

Current time in Regensburg is now 03:28 AM (Friday). The local timezone is named Europe / Berlin with an UTC offset of 2 hours. We know of 11 airports near Regensburg, of which 5 are larger airports. The closest airport in Germany is Straubing Airport in a distance of 20 mi (or 33 km), East. Besides the airports, there are other travel options available (check left side).

There are several Unesco world heritage sites nearby. The closest heritage site in Germany is Old town of Regensburg with Stadtamhof in a distance of 0 mi (or 1 km), North. Looking for a place to stay? we compiled a list of available hotels close to the map centre further down the page.

When in this area, you might want to pay a visit to some of the following locations: Pentling, Zeitlarn, Sinzing, Tegernheim and Obertraubling. To further explore this place, just scroll down and browse the available info. 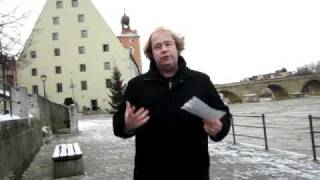 http://www.woltersworld.com Visit Regensburg, Bavaria, Germany Regensburg Tourism and Travel One of the best towns to visit in Bavaria and well worth stopping by if for nothing else but the... 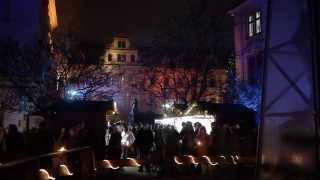 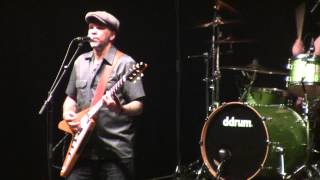 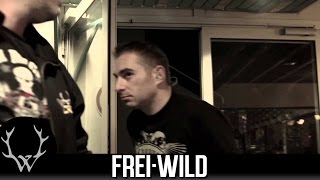 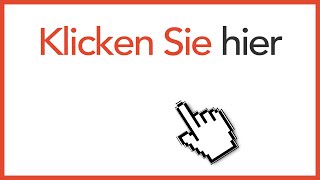 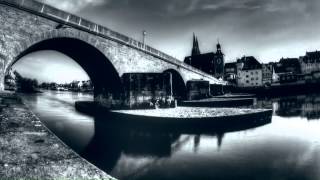 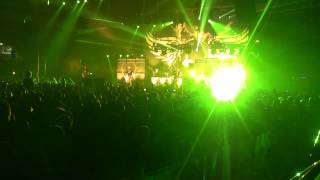 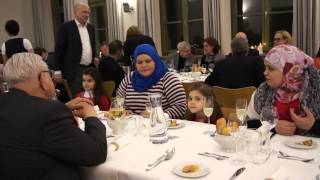 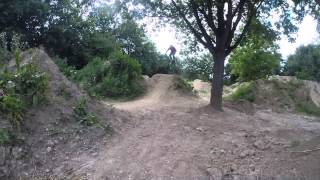 The Regen is a river in Bavaria, Germany, and a left tributary of the Danube, at Regensburg, Germany. The source of its main headstream, the Großer Regen ("Big Regen"), is located in the Bohemian Forest on the territory of the Czech Republic, near Železná Ruda. The river crosses the border after a few kilometres, at Bayerisch Eisenstein. The name in German evolved from the name in Latin, whose meaning is unknown.

The Regensburg Cathedral (German: Kathedrale St. Peter or Regensburger Dom), dedicated to St Peter, is the most important church and landmark of the city Regensburg, Germany. It is the seat of the Catholic diocese of Regensburg. The church is the prime example of Gothic architecture in Bavaria.

The Diocese of Regensburg is a Roman Catholic ecclesiastical territory seated in Regensburg, Germany. Its district covers parts of northeastern Bavaria; it is subordinate to the archbishop of Munich and Freising. The diocese has 1.3 million Catholics, constituting 81% of its population.

Regensburg Central Station (Regensburg Hauptbahnhof) is a railway station for the city of Regensburg in southern Germany.

Located at 49.0122, 12.0994 (Lat. / Lng.), about 0 miles away.
Wikipedia Article
Railway stations in Bavaria, Buildings and structures in Regensburg, Hauptbahnhof in Germany

The Niedermünster or Niedermünster Abbey, Regensburg, was a house of canonesses (Frauenstift) in Regensburg, Bavaria, Germany. At the height of its power was one of the wealthiest and most influential in Bavaria. The church is still in use as the parish church of Regensburg Cathedral.

Located at 49.0194, 12.1006 (Lat. / Lng.), about 0 miles away.
Wikipedia Article
Monasteries in Bavaria, Buildings and structures in Regensburg, Christian organizations established in the 8th century, Bavarian Circle

The Historic Sausage Kitchen of Regensburg is a kitchen in Regensburg, Germany. The 900-year-old building is notable for its role in catering for the workers who built the Stone Bridge, which the kitchen is next to. The kitchen still operates today, and serves 6,000 sausages to guests daily. Sausages are the only item on the menu and come in portions of six, eight or ten, along with sauerkraut and mustard.

The Nibelungen Bridge is a dual road bridge with two sections spanning both arms of the Danube at kilometre mark 2378.39 in Regensburg, Germany. The current bridge, the third on the site, was erected in 2001–04 to replace a bridge erected in 1950 which was no longer adequate for traffic demands, and which had replaced a bridge built in 1938 and destroyed in World War II. Carrying an average of 42,000 vehicles a day, it is one of the most important bridges in the Regensburg area.

The Stone Bridge (Steinerne Brücke) in Regensburg, Germany, is a 12th-century bridge across the Danube linking the Old Town with Stadtamhof. For more than 800 years, until the 1930s, it was the city's only bridge across the river. It is a masterwork of medieval construction and an emblem of the city.

The Regensburg Museum of Danube Shipping (Donau-Schiffahrts-Museum Regensburg) is a maritime museum of river shipping on the river Danube and other rivers, sited in the town of Regensburg in Germany. It also contains art collections on that topic, along with material on boatmen's work and training. Its main exhibits are the steam tugboat Ruthof / Érsekcsanád and the diesel tug Freudenau.

The Regensburg Museum of History (Regensburg Historische Museum), currently resides in a former Minorite monastery, is a museum of the history, art and culture of Regensburg and eastern Bavaria from the Stone Age to the present day. The former monastery of St Salvator, located in the city's Dachauplatz district, was founded in 1221 by the Bishop of Regensburg Konrad IV of Frontenhausen, Count Otto VIII of Bavaria, and King Henry VII.

These districts belong to Regensburg.

These are districts that are close by, but belong to a different city than Regensburg.

These are some bigger and more relevant cities in the wider vivinity of Regensburg.