Ludwigshafen am Rhein
in Rhineland-Palatinate, Germany

Delve into Ludwigshafen am Rhein

Ludwigshafen am Rhein in Rhineland-Palatinate with it's 163,196 habitants is located in Germany about 301 mi (or 485 km) south-west of Berlin, the country's capital town.

Current time in Ludwigshafen am Rhein is now 03:22 AM (Friday). The local timezone is named Europe / Berlin with an UTC offset of 2 hours. We know of 9 airports close to Ludwigshafen am Rhein, of which 3 are larger airports. The closest airport in Germany is Mannheim-City Airport in a distance of 3 mi (or 5 km), East. Besides the airports, there are other travel options available (check left side).

There are several Unesco world heritage sites nearby. The closest heritage site in Germany is Speyer Cathedral in a distance of 11 mi (or 18 km), South. We encountered 2 points of interest near this location. If you need a hotel, we compiled a list of available hotels close to the map centre further down the page.

While being here, you might want to pay a visit to some of the following locations: Mannheim, Neuhofen, Altrip, Limburgerhof and Waldsee. To further explore this place, just scroll down and browse the available info. 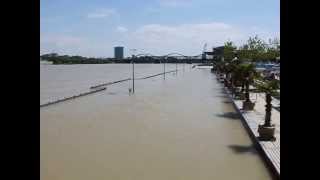 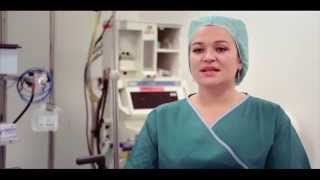 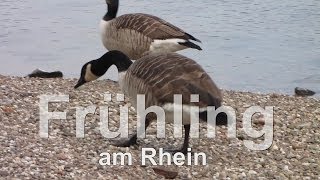 Frühling am Rhein, Spring on the Rhine, by Ludwigshafen 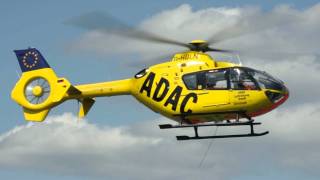 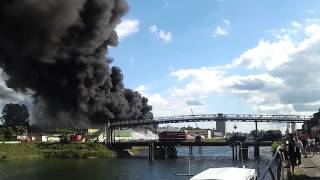 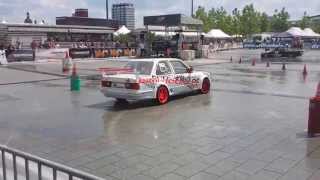 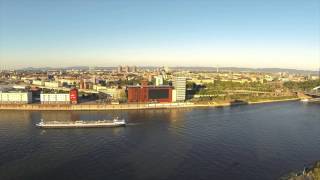 Südweststadion is a multi-purpose stadium in Ludwigshafen am Rhein, Germany. The stadium holds 6,100 people and was built in 1950. It is currently used mostly for football matches and is the home of FSV Oggersheim. On August 30, 1992, Michael Jackson made a stop at the stadium as part of his Dangerous World Tour.

Eisstadion am Friedrichspark is an indoor sporting arena located in Mannheim, Germany. The capacity of the arena as an ice hockey rink was 8,200. It was the home arena of Adler Mannheim ice hockey team prior to the SAP Arena opening in 2005. It was built in 1938 and had a long history of hockey games. The greatest event was the match against Düsseldorfer EG in the 1990s when the DEG was still the biggest player in German hockey. The stadium was then filled with over 10,500 people.

Located at 49.4733, 8.4525 (Lat. / Lng.), about 1 miles away.
Wikipedia Article
Schools in Germany, Education in Rhineland-Palatinate, Educational institutions established in 1875, 1875 establishments in Germany

The Mannheim Observatory was a tower observatory built between 1772 and 1774 in Mannheim, Germany, which remained in operation until 1880. The observatory was transferred to Karlsruhe and finally in 1898, was established on the Königstuhl near Heidelberg where today’s successor institution thr State Observatory Heidelberg-Königstuhl is located. The observatory tower is now owned by the city and was restored in 1905-1906, and after the Second World War. Since 1958, the tower houses studio flats.

Located at 49.486, 8.46 (Lat. / Lng.), about 1 miles away.
Wikipedia Article
Astronomical observatories in Germany, Buildings and structures in Mannheim

Ludwigshafen Central Station (Ludwigshafen Hauptbahnhof) is a combination of a wedge shaped station and a two-level interchange station in Ludwigshafen am Rhein in the German state of Rhineland-Palatinate. The station is at the junction on the lines from Mainz and Neustadt an der Weinstrasse to Mannheim. It is classified by Deutsche Bahn as a category 2 station. The Ludwigshafen station was built in 1847 as a terminal station in the centre of modern Ludwigshafen.

The Ludwigshafen (Rhein) Mitte station is in the southern part of the centre of the city of Ludwigshafen am Rhein in the German state of Rhineland-Palatinate. It was established in 2003 and is classified by Deutsche Bahn as a category 4 station. It is located next to the public transport hub of Berliner Platz and has good connections to all parts of the city of Mannheim and to the surrounding area.

The Konrad Adenauer Bridge is one of two road bridges crossing the Rhine between the German cities of Mannheim and Ludwigshafen am Rhein. The other bridge is the Kurt Schumacher Bridge. The road bridge connects a network of roads from behind Mannheim Palace across the Rhine to Ludwigshafen. It carries Federal Highway 37 and a tram track. Two rail bridges are adjacent to the road bridge, carrying the Palatine Ludwig Railway and the Rhine-Neckar S-Bahn line.

These districts belong to Ludwigshafen am Rhein.

These are some bigger and more relevant cities in the wider vivinity of Ludwigshafen am Rhein.