Time in Hamburg is now 12:27 AM (Monday). The local timezone is named Europe / Berlin with an UTC offset of one hour. We know of 9 airports closer to Hamburg, of which 3 are larger airports. The closest airport in Germany is Hamburg Airport in a distance of 4 mi (or 6 km), North. Besides the airports, there are other travel options available (check left side).

There are several Unesco world heritage sites nearby. The closest heritage site in Germany is Hanseatic City of Lübeck in a distance of 34 mi (or 55 km), North-East. We saw 1 points of interest near this location. In need of a room? We compiled a list of available hotels close to the map centre further down the page.

Since you are here already, you might want to pay a visit to some of the following locations: Bonningstedt, Barsbuettel, Hasloh, Oststeinbek and Ellerbek. To further explore this place, just scroll down and browse the available info. 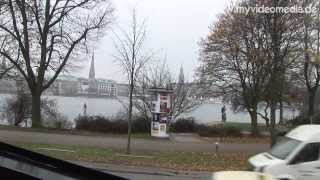 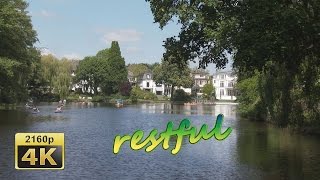 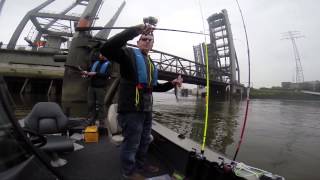 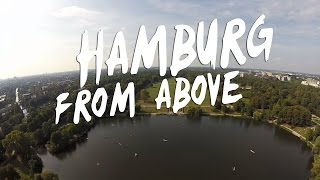 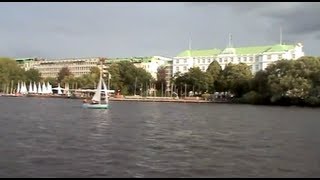 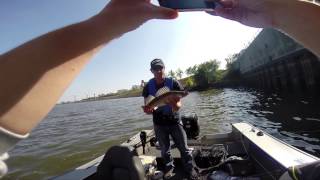 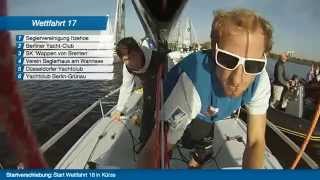 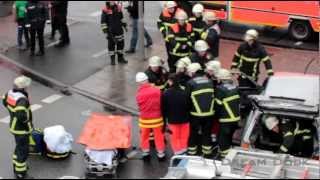 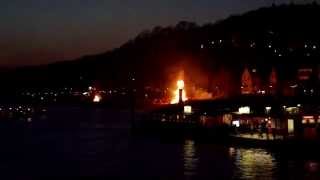 The Islamic Centre Hamburg is one of the oldest Shia mosques in Germany and Europe. Established in Hamburg, in northern Germany, in the late 1950s by a group of Iranian emigrants and business people it rapidly developed into one of the leading Shia centres in the Western world. Many leading Iranian theologians and politicians have spent time (often years) here, have encountered and studied Western sciences and philosophy and contributed to the Western understanding of Shia Islam.

Außenalster or Outer Alster Lake is one of two artificial lakes within the city limits of Hamburg, Germany, which are formed by the river Alster (the other being the Binnenalster). The size of the Außenalster is 1.6 km². The phrase "outer" refers to the old city walls of Hamburg. The Außenalster was the part of the lake that was "outside" the city walls. Today the old city walls do not exist, instead two car and train bridges, the Lombardbrücke and the Kennedybrücke, span the river.

St. Matthew's Church in Winterhude, Hamburg, is a brick Lutheran church built from 1910 to 1912 in the baroque style. The church is adorned with the colorful windows of Charles Crodel, who also made the stained-glass windows for the main church of St. James's and for St. Mary's Church in Fuhlsbüttel. St. Matthew's windows were created 1961 to 1971,

The Hochschule für Musik und Theater Hamburg is one of the larger universities of music in Germany. It was founded 1950 as Staatliche Hochschule für Musik (Public university of music) on the base of the former private acting school of Annemarie Marks-Rocke and Eduard Marks. Studies include various music types from church music over Jazz to pop music, composition, conducting, instrumental music as well as voice. The theatre academy offers courses in drama and opera and directing in these fields.

The Gelehrtenschule des Johanneums is a Gymnasium in Hamburg, Germany. It is Hamburg's oldest school and was founded in 1529 by Johannes Bugenhagen. The school's motto is The Future needs a Heritage . The school´s focus is on the teaching of Latin and ancient Greek. It is proud of having educated some of Germany's political leaders as well as some of Germany's notable scientists. The school is operated and financed by the city of Hamburg.

AMD Academy of Fashion and Design

The AMD Academy of Fashion and Design (German: Akademie Mode & Design) is a German state-registered private university for design, fashion and media studies with its main campus in Hamburg and additional study centres in Düsseldorf, Munich and Berlin. The AMD was recognized as a private university in Sep. 2005 by the Senate of the City of Hamburg, offering international and interdisciplinary courses with focus on fashion, design and business management.

Wandse is a river of Hamburg, Germany. The Wandse rises west of the village of Siek in Kreis Stormarn in Schleswig-Holstein and ends in the center of Hamburg in the Alster. Along the banks of the Wandse there were many water mills. The river passes through the settlements of Siek, Braak, Stapelfeld, and Hamburg itself.

Ernst Deutsch Theater is a theatre in Hamburg, Germany.

Kampnagel is a theatre in Hamburg, Germany. It is based on the premises of a former mechanical engineerng company founded in 1865. Since 1982 it is used as the site for cultural activities, mainly for theatre performances.

Hochschule für bildende Künste Hamburg (HFBK Hamburg) is the University of Fine Arts of Hamburg. It dates back to 1767, when it was called the Hamburger Gewerbeschule; later it became known as Landeskunstschule Hamburg. The main building was designed by architect Fritz Schumacher and built between 1911 and 1913. In 1970, it was accredited as an artistic-scientific university.

Located at 53.5675, 10.0314 (Lat. / Lng.), about 1 miles away.
Wikipedia Article, Homepage
Art schools in Germany, Buildings and structures in Hamburg, Universities in Germany, Educational institutions established in the 1760s

These districts belong to Hamburg.

These are districts that are close by, but belong to a different city than Hamburg.

These are some bigger and more relevant cities in the wider vivinity of Hamburg.