Erfurt in Free State of Thuringia with it's 203,254 inhabitants is located in Germany about 147 mi (or 237 km) south-west of Berlin, the country's capital.

Local time in Erfurt is now 02:58 AM (Thursday). The local timezone is named Europe / Berlin with an UTC offset of one hour. We know of 12 airports in the wider vicinity of Erfurt, of which 5 are larger airports. The closest airport in Germany is Erfurt Airport in a distance of 3 mi (or 5 km), West. Besides the airports, there are other travel options available (check left side).

There are several Unesco world heritage sites nearby. The closest heritage site in Germany is Classical Weimar in a distance of 13 mi (or 21 km), East. If you need a place to sleep, we compiled a list of available hotels close to the map centre further down the page.

Depending on your travel schedule, you might want to pay a visit to some of the following locations: Rockhausen, Noda, Kirchheim, Kleinmolsen and Elxleben. To further explore this place, just scroll down and browse the available info. 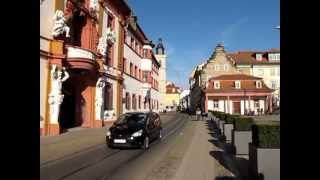 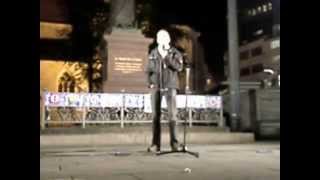 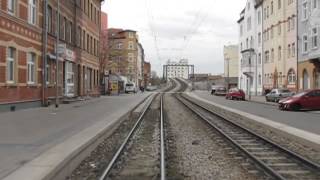 The journey aboard Route 5 from Anger to Zoopark. 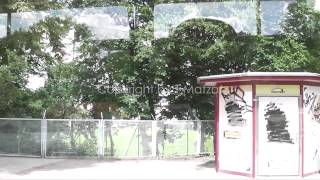 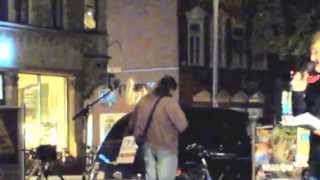 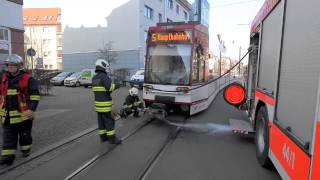 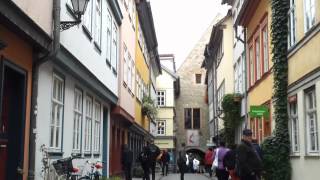 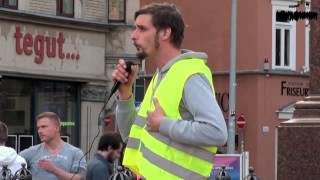 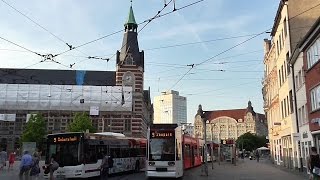 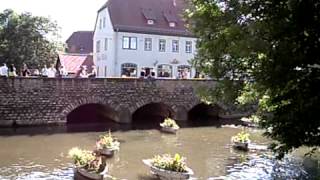 The Catholic Erfurt Cathedral is a 1200 year old church located on Cathedral Hill of Erfurt, in Thuringia, Germany. It is of an International Gothic style, and is also known as St Mary's Cathedral, and is located, uniquely, on a hillside. It is the episcopal see of the Roman Catholic Diocese of Erfurt.

Erfurt Central Station (Erfurt Hauptbahnhof) is the central railway station of Erfurt in Germany. It is an important junctions of the German railways and is served by numerous local and long-distance rail services. Immediately north of the station, is Erfurt's city center. It had approximately 12.5 million passengers in 2006, that is an average of about 34,000 per day. The station lies on the Thüringer Bahn, which connects Halle to Bebra.

The Krämerbrücke is a bridge in the Thuringian city of Erfurt in Germany which is covered with inhabited, half timbered buildings on both sides. It is unique in Europe north of the Alps. The footbridge spans the Breitstrom, a branch of Gera River, connecting Benediktsplatz and Wenigemarkt.

The Landtag of Thuringia is the state diet of the German federal state of Thuringia. It convenes in Erfurt and currently consists of 88 members of three Parties. Currently, the Christian Democratic Union is in a 'grand coalition' with the Social Democratic Party (SPD), aupporting a cabinet led by Minister-President Christine Lieberknecht. The primary functions of the Landtag are to pass laws, elect the Minister-President and control the government of Thuringia.

Predigerkirche ("Preacher's Church") is a Protestant church in Erfurt, Germany. It is a monastic church to the Dominican friary, Predigerkloster, adjacent to the church. Predigerkirche was originally built by the Dominican Order in the 13th century, when the mystic Meister Eckhart was prior here. The church only became a Protestant church after the Reformation. The original building was modified in 1340–50, and the bell tower was built between 1447 and 1488.

The Erfurt Synagogue in Erfurt, Germany, was built c. 1100. It is thought to be the oldest synagogue building still standing in Europe. It is used as a museum and permanently houses the Erfurt Treasure.

The Flutgraben is a canal in Erfurt, Thuringia, Germany. It is a flood control channel, created between 1890 and 1898 in order to prevent flooding of the river Gera in the city centre of Erfurt.

DomStufen-Festspiele is a theatre festival in Germany.

These districts belong to Erfurt.

These are districts that are close by, but belong to a different city than Erfurt.

These are some bigger and more relevant cities in the wider vivinity of Erfurt.