Schwerin in Mecklenburg-Vorpommern with it's 96,641 citizens is a city in Germany about 113 mi (or 181 km) north-west of Berlin, the country's capital city.

Local time in Schwerin is now 03:22 AM (Thursday). The local timezone is named Europe / Berlin with an UTC offset of 2 hours. We know of 12 airports in the vicinity of Schwerin, of which 5 are larger airports. The closest airport in Germany is Schwerin Parchim Airport in a distance of 21 mi (or 33 km), South-East. Besides the airports, there are other travel options available (check left side).

There are several Unesco world heritage sites nearby. The closest heritage site in Germany is Hanseatic City of Lübeck in a distance of 34 mi (or 54 km), North-West. We discovered 3 points of interest in the vicinity of this place. Looking for a place to stay? we compiled a list of available hotels close to the map centre further down the page.

When in this area, you might want to pay a visit to some of the following locations: Wismar, Parchim, Kittlitz, Mustin and Damnatz. To further explore this place, just scroll down and browse the available info. 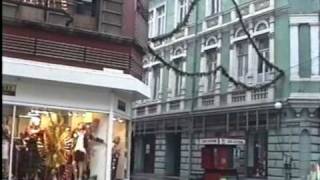 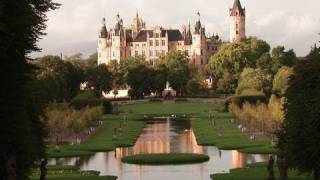 On the day we arrived in Schwerin, the once-in-a-lifetime opportunity of filming the place was nearly scuppered by incredible volumes of rain. The exterior shots were taken in what turned out... 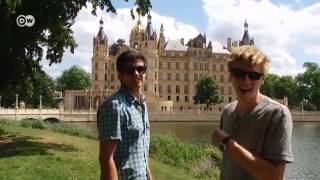 Schwerin - with Two Tourists from the USA | Discover Germany

Students Will Davies and Daniel Richards from Tennessee admire Schwerin's lakeside castle, try a taste of eel and do some rowing in a dragon boat. Find out more: www.dw.de/dw/episode/9798/0, ... 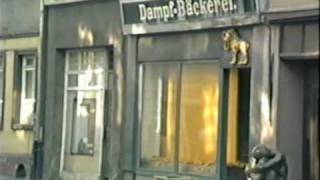 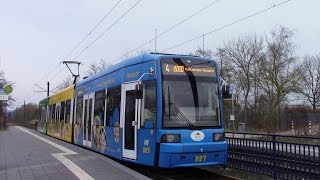 Scenes from the Schwerin Tramway System from 5 January 2015. Schwerin is the state capital of Mecklenburg-Vorpommern. Locations include Kliniken, Hegelstraße, Blumenbrink, Neu Pampow, ... 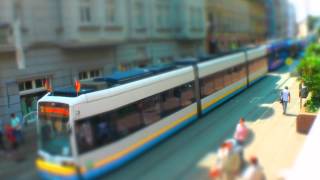 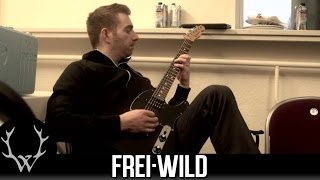 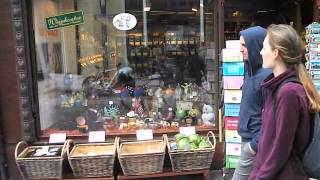 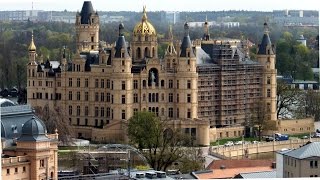 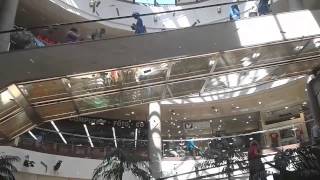 Schwerin Castle is a castle located in the city of Schwerin, the capital of the Bundesland of Mecklenburg-Vorpommern, Germany. For centuries it was the home of the dukes and grand dukes of Mecklenburg and later Mecklenburg-Schwerin. It currently serves as the seat of the state parliament.

Schwerin Cathedral was formerly a Roman Catholic cathedral as old as the city itself, dedicated to the Virgin Mary and Saint John. It was built in Schwerin, North Germany, following the move here of the seat of the Bishopric of the Abodrites, established by Henry the Lion, from the old city of Mecklenburg in the late 12th century. The first cathedral was built of timber. The foundation stone of the stone cathedral of the Prince-Bishopric of Schwerin was laid in 1172.

The Schelfkirche St. Nikolai is an Evangelical Lutheran church dedicated to Saint Nicholas in the Schelfstadt quarter of Schwerin in Germany. It was originally built in 1238, but was rebuilt in 1713 in the Baroque style after destruction by a storm. It is the family burial place of the House of Mecklenburg-Schwerin, including Sophia Louise of Mecklenburg-Schwerin. \t\t \t\t\tSchelfkirche Grundriss. png \t\t\t Plan by Schlie \t\t\t \t\t \t\t \t\t\tSchelfkirche Schwerin 1653.

Schelfstadt is a quarter of the city of Schwerin, county-capital of Mecklenburg-Vorpommern in Germany.

Pfaffenteich is a pond in Schwerin, Mecklenburg-Vorpommern, Germany. At an elevation of 39.2 m, its surface area is 0.123 km².

Burgsee is a lake at Schwerin, Nordwestmecklenburg, Mecklenburg-Vorpommern, Germany. At an elevation of 37.8 m, its surface area is 0.111 km².

The Grosse (Große) Karausche is a lake in Schwerin, Mecklenburg-Vorpommern, Germany. At an elevation of ca. 38 m, its surface area is 0.017 km².

The Staatliches Museum Schwerin is an art gallery and museum in Schwerin in Germany. It was established by Frederick Francis II, Grand Duke of Mecklenburg-Schwerin in 1882 its historicist Haupthaus as the Staatsgalerie next to the Staatstheater. Its other locations are opposite the Schweriner Schloss and in the former residences at Schloss Güstrow and Schloss Ludwigslust.

Located at 53.6264, 11.4183 (Lat. / Lng.), about 0 miles away.
Wikipedia Article
Art museums and galleries in Germany, Buildings and structures in Schwerin, Museums in Mecklenburg-Vorpommern, Art museums established in 1882, 1882 establishments in Germany

The Mecklenburg State Theatre (German: Mecklenburgisches Staatstheater Schwerin) is the principal theatre of Schwerin in Germany. Its main theatre (or Grosses Haus) seats 650 people and is used for the performance of plays, opera, musical theatre and ballet. Designed by Georg Daniel, it was built between 1883 and 1886 after the previous theatre had been destroyed by fire in 1882.

Schwerin Central Station (Schwerin Hauptbahnhof) is the main railway station of the capital of the German state of Mecklenburg-Vorpommern and is located in the northwest of the central city. It includes four tracks on two platforms and a siding west of the fourth track. Currently the station is used by about 12,000 passengers a day.

The Schwerin tramway network is the key feature of the public transport system in Schwerin, the capital city of the federal state of Mecklenburg-Vorpommern, Germany. Opened on 1 December 1908, the electrically-powered network is currently operated by Nahverkehr Schwerin, and has four lines.

These districts belong to Schwerin.

These are some bigger and more relevant cities in the wider vivinity of Schwerin.