Bremerhaven in Bremen with it's 117,446 habitants is a town located in Germany about 213 mi (or 343 km) west of Berlin, the country's capital town.

Time in Bremerhaven is now 04:07 PM (Sunday). The local timezone is named Europe / Berlin with an UTC offset of one hour. We know of 12 airports closer to Bremerhaven, of which 5 are larger airports. The closest airport in Germany is Bremerhaven Airport in a distance of 3 mi (or 5 km), South. Besides the airports, there are other travel options available (check left side).

There are several Unesco world heritage sites nearby. The closest heritage site is Wadden Sea in Denmark at a distance of 2 mi (or 3 km). The closest in Germany is Town Hall and Roland on the Marketplace of Bremen in a distance of 34 mi (or 3 km), South-West. We saw 1 points of interest near this location. In need of a room? We compiled a list of available hotels close to the map centre further down the page.

Since you are here already, you might want to pay a visit to some of the following locations: Schiffdorf, Loxstedt, Wremen, Mulsum and Dorum. To further explore this place, just scroll down and browse the available info. 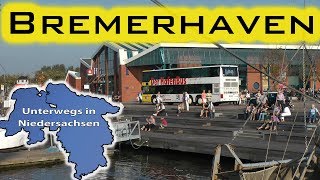 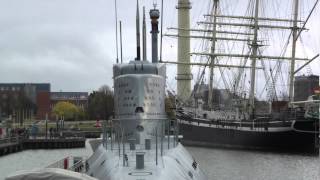 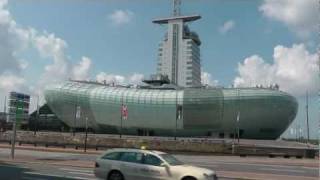 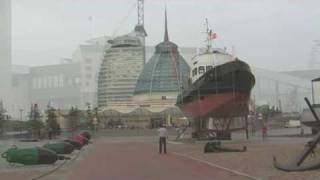 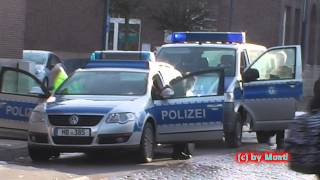 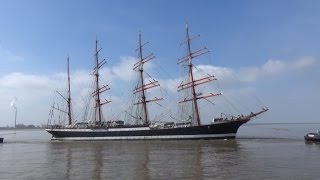 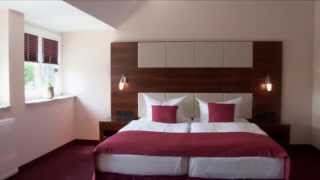 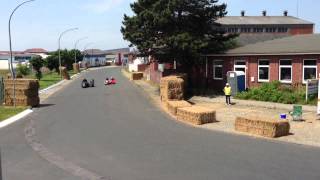 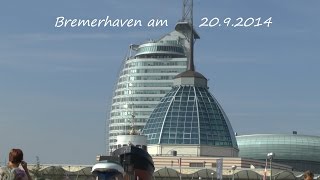 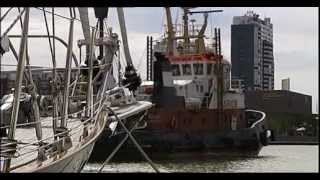 Battle of the Weser River

The Battle of the Weser River, sometimes known as a first Battle of Minden, usually Battle of Idistaviso, was fought in 16 AD between Roman legions commanded by Emperor Tiberius' heir and adopted son Germanicus, and an alliance of Germanic tribes commanded by Arminius. The battle marked the end of a three-year series of campaigns by Germanicus in Germania.

The Wilhelm Bauer (originally designated U-2540) is a Type XXI U-boat of the German Kriegsmarine, completed shortly before the end of World War II. It was scuttled at the end of the war, having never gone on patrol. It is the only floating example of a XXI U-boat.

The Alfred Wegener Institute for Polar and Marine Research is located in Bremerhaven, Germany, and a member of the Helmholtz Association of German Research Centres. It conducts research in the Arctic Ocean and the Antarctic and in the deep sea. Additional research topics are: North Sea research, marine biological monitoring and technical marine developments. The institute was founded in 1980 and is named after meteorologist, climatologist and geologist Alfred Wegener.

The Bremerhaven Radar Tower is a 106 metre reinforced concrete tower located in Bremerhaven, Germany. The tower, which was constructed between 1962 and 1965, accommodates numerous transmitting plants for maritime radio purposes, in addition to its radar equipment. A viewing platform is situated at the 60 metre level, and is accessible to the public.

Located at 53.5386, 8.58 (Lat. / Lng.), about 1 miles away.
Wikipedia Article
Towers in Germany, Buildings and structures in Bremerhaven, Visitor attractions in Bremen (state)

The German Emigration Center is a museum located in Bremerhaven, Germany dedicated to the history of German emigration, especially to the United States. It is Europe's largest theme museum about emigration. Visitors can experience the emigration process through interactive exhibits. The museum also provides access to databases of immigration records. The museum opened on August 8, 2005.

The German Shipping Museum is a museum in Bremerhaven, Germany. It is part of the Gottfried Wilhelm Leibniz Scientific Community. The main museum building was opened on 5 September 1975 by then-president Walter Scheel, though scientific work already had started in 1971.

Located at 53.54, 8.57694 (Lat. / Lng.), about 1 miles away.
Wikipedia Article, Homepage
Museums established in 1975, Museums in Bremen (state), Buildings and structures in Bremerhaven, Maritime museums in Germany

The Auswandererdenkmal (German for Emigrant Memorial) is a statue in the port of Bremerhaven, Germany that depicts an emigrant family. Cast in bronze, it shows an emigrant family with the father looking forward toward the New World and the mother looking back as she leaves the old country. The statue stands by one of the city's main dikes, the Weserdeich, on the site of one of the original docks from which early emigrants departed.

Carlsburg (also Carolus-Stadt or Carolsburg) was a 17th century fortified town in Swedish Bremen-Verden at the confluence of the Weser and Geeste rivers, at the site of modern Bremerhaven, Germany. Planned to compete with Bremen, the settlement did not prosper. After the Thirty Years' War, the Swedish Empire gained the Lower Saxon Prince-Archbishopric of Bremen as a Swedish dominion.

The Geeste is a river in northwestern Germany, running through Lower Saxony and Bremen. It is the most downstream tributary of the River Weser and joins it near Bremerhaven. The Geeste rises in Hipstedt (Geestequelle - literally "Geeste springs") in the district of Rotenburg (Wümme) ten kilometres west of Bremervörde and drains a large part of the old district of Wesermünde. Despite its name, only the upper reaches of the Geeste flow through geest, the rest flows through marshland.

The official name Zoo am Meer (German for Zoo next to the Sea) is located next to the river Weser and exhibits mainly species which live in the water or in northern environments exceptions are for instances chimpanzees and White-headed marmosets.

These districts belong to Bremerhaven.

These are districts that are close by, but belong to a different city than Bremerhaven.

These are some bigger and more relevant cities in the wider vivinity of Bremerhaven.