Magdeburg in Saxony-Anhalt with it's 229,826 habitants is located in Germany about 80 mi (or 129 km) west of Berlin, the country's capital town.

Current time in Magdeburg is now 06:29 AM (Sunday). The local timezone is named Europe / Berlin with an UTC offset of one hour. We know of 12 airports close to Magdeburg, of which 5 are larger airports. The closest airport in Germany is Magdeburg Airport in a distance of 4 mi (or 6 km), South. Besides the airports, there are other travel options available (check left side).

There are several Unesco world heritage sites nearby. The closest heritage site in Germany is Collegiate Church, Castle and Old Town of Quedlinburg in a distance of 31 mi (or 50 km), South-West. If you need a hotel, we compiled a list of available hotels close to the map centre further down the page.

While being here, you might want to pay a visit to some of the following locations: Barleben, Biederitz, Zielitz, Moser and Colbitz. To further explore this place, just scroll down and browse the available info. 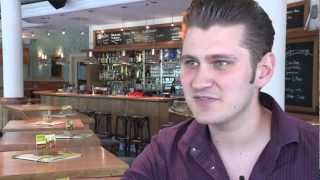 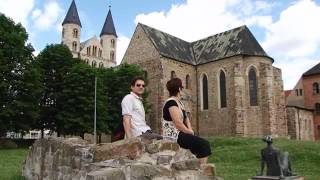 Teresa Galasso and Ariel Ortalli from Argentina are vacationing in Germany. We went along with them to Magdeburg to see the cathedral, the architect Friedensreich Hundertwasser's Green Citadel... 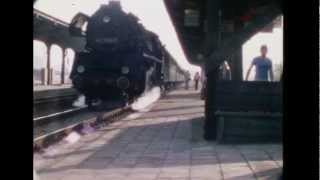 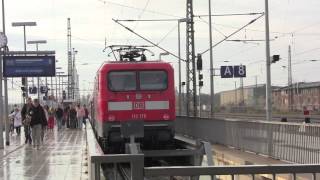 Footage taken from the platforms of Magdeburg Hauptbahnhof of passing passenger and freight traffic. This includes local Harz Elbe Express and Regional Deutsche Bahn services as well as freight... 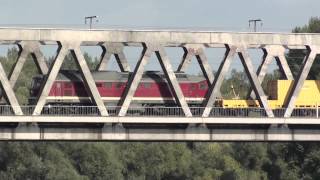 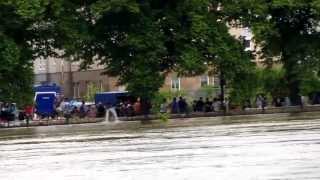 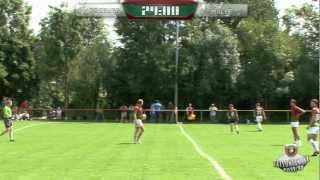 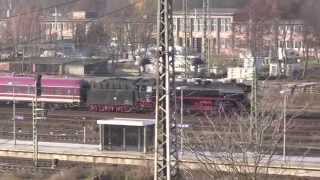 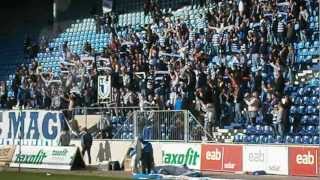 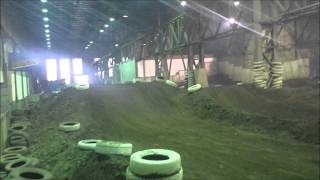 The Otto-von-Guericke University Magdeburg was founded in 1993 and is one of the youngest universities in Germany. The university in Magdeburg has about 14,000 students in nine faculties. There are 11,700 papers published in international journals from this institute. It is named after the physicist (and mayor of Magdeburg) Otto von Guericke, famous for his experiments with the Magdeburg hemispheres.

The Protestant Cathedral of Magdeburg, officially called the Cathedral of Saints Catherine and Maurice (German: Dom zu Magdeburg St. Mauritius und Katharina), is the oldest Gothic cathedral in Germany. It is the proto-cathedral of the former Prince-Archbishopric of Magdeburg. Today it's the principal church of the Evangelical Church in Central Germany.

The GETEC Arena is an indoor sporting arena located in Magdeburg, Germany. The maximum capacity of the arena is 7,071 people for handball games and 6,820 for boxing matches. It is the current home to SC Magdeburg's Handball-Bundesliga team.

The Max Planck Institute for Dynamics of Complex Technical Systems is located in Magdeburg, Germany. It was founded in 1996. It is one of 80 institutes in the Max Planck Society (Max Planck Gesellschaft). {{#invoke:Coordinates|coord}}{{#coordinates:52|8|18|N|11|39|10|E|type:landmark |primary |name= }}

The Saxony-Anhalt Landtag is the state diet of the German federal state of Saxony-Anhalt. It convenes in Magdeburg and currently consists of 97 members of four Parties. The current majority is a coalition of the Social Democratic Party and the Christian Democratic Union, supporting the cabinet of Minister-President Reiner Haseloff.

The Gruson-Gewächshäuser, more formally known as the Gruson-Gewächshäuser Magdeburg Exotische Pflanzensammlung, is a botanical garden located in greenhouses at Schönebecker Strasse 129 b, Magdeburg, Saxony-Anhalt, Germany. They are open daily except Monday. The garden was created by industrialist and plant collector Hermann Gruson, who upon his death in 1895 bequeathed his extensive succulent collection and 100,000 Marks to the city of Magdeburg.

Magdeburg Central Station (Magdeburg Hauptbahnhof) is the main railway station in the city of Magdeburg in the northern part of the German state of Saxony-Anhalt.

These districts belong to Magdeburg.

These are districts that are close by, but belong to a different city than Magdeburg.

These are some bigger and more relevant cities in the wider vivinity of Magdeburg.