Potsdam in Brandenburg with it's 145,292 habitants is a town located in Germany about 17 mi (or 27 km) south-west of Berlin, the country's capital town.

Time in Potsdam is now 04:54 PM (Sunday). The local timezone is named Europe / Berlin with an UTC offset of 2 hours. We know of 8 airports closer to Potsdam, of which 4 are larger airports. The closest airport in Germany is Berlin-Tegel International Airport in a distance of 15 mi (or 23 km), North-East. Besides the airports, there are other travel options available (check left side).

There are several Unesco world heritage sites nearby. The closest heritage site in Germany is Palaces and Parks of Potsdam and Berlin in a distance of 1 mi (or 2 km), West. We saw 3 points of interest near this location. In need of a room? We compiled a list of available hotels close to the map centre further down the page.

Since you are here already, you might want to pay a visit to some of the following locations: Michendorf, Stahnsdorf, Kleinmachnow, Wustermark and Brieselang. To further explore this place, just scroll down and browse the available info. 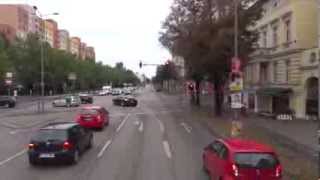 Potsdam (German pronunciation: [ˈpɔtsdam], Lower Sorbian Podstupim) is the capital city of the German federal state of Brandenburg. It directly borders the German capital Berlin and is part... 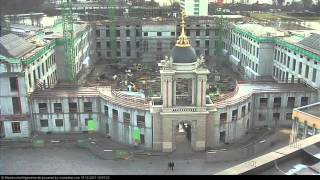 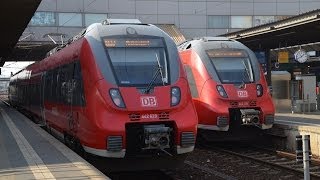 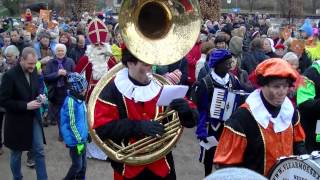 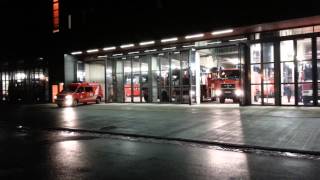 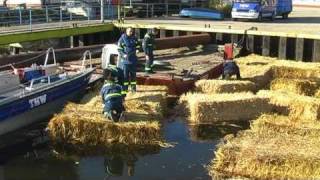 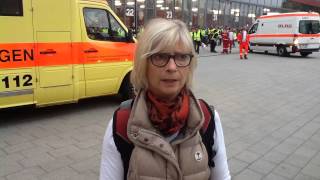 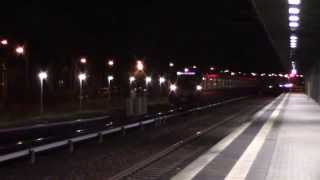 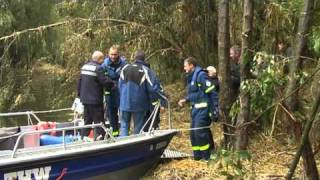 The Potsdam City Palace was a historical building in Potsdam, Germany. It was the second official residence (the winter residence) of the margraves and electors of Brandenburg, later kings in Prussia, kings of Prussia and German emperors. It stood on the Old Market in Potsdam, next to the Church of St. Nicholas (Nikolaikirche) and the Old Townhall. A reconstruction of the City Palace is underway, as a new construction but with the historic facade and including numerous original components.

Located at 52.3947, 13.0606 (Lat. / Lng.), about 0 miles away.
Wikipedia Article
Houses completed in 1669, Houses completed in 1752, Royal residences in Brandenburg, Palaces in Brandenburg, Destroyed landmarks in Germany, Baroque architecture in Potsdam, Buildings and structures in Potsdam, Buildings and structures in Germany destroyed during World War II

Acht Ecken (Eight Corners) is the name of a former architectural ensemble in Potsdam, Germany. At the intersection of Schwertfegerstraße and Friedrich-Ebert-Straße, four identical baroque houses were built on the corner plots in 1771 by Bayreuth architect Carl von Gontard. Each building was designed with a concave facade towards the crossroads, resulting in eight corners in total. Today, only one of the four buildings is left.

The Waschhaus (English: wash house) is the largest nightclub of the Brandenburg state capital Potsdam in Germany. Founded in the summer of 1992 in the laundry rooms of the former garrison in the Schiffbauergasse, forty young people interested in art and culture started to present parties, events and exhibitions. Soon afterwards the Waschhaus e.V. club was founded.

Located at 52.403, 13.073 (Lat. / Lng.), about 0 miles away.
Wikipedia Article, Homepage
1992 establishments in Germany, Nightclubs in Germany, Buildings and structures in Potsdam, Visitor attractions in Potsdam

The Centre for Contemporary History is an interdisciplinary research institute focusing on the contemporary history of Europe, especially Germany, and member of the Leibniz Association.

The Landtag of Brandenburg (Brandenburg State Parliament) is the unicameral legislature of the state of Brandenburg in Germany. It has 88 members of parliament, currently belonging to five parties.

The Nuthe is a river in Brandenburg, Germany, left tributary of the Havel. Its total length is 65 km. The Nuthe originates in the Fläming region, near Niedergörsdorf. It flows north through Jüterbog, Luckenwalde, Trebbin and Saarmund. The Nuthe joins the Havel in central Potsdam. It has been said that crossing the Nuthe three times in a row is good luck.

Potsdam Central Station (Potsdam Hauptbahnhof) is the main railway station in German city of Potsdam. It is the southern terminus of S-Bahn line S7 and, replacing the S7 on Friday and Saturday nights, the line S5.

The museum FLUXUS+ is located in Potsdam, Germany and opened in the city’s new cultural centre Schiffbauergasse in April 2008. It is Potsdam's first museum of modern art. The 1000 sqm exhibition space of the two-storey building comprehends artworks from private collections. With its large art+life-shop, its café, an “atrium” for temporary exhibitions and events, the museum FLUXUS+ has become a cultural meeting point not only for artists and art-lovers.

The Berlin Gate (Berliner Tor) is a largely vanished city gate in Potsdam, on the hoek Türkstraße of Berliner Straße - it was originally at the end of Charlottenstrasse, but when the city wall was moved in 1752 the gate was rebuilt on its final site by Jan Bouman. It was badly damaged by bombing in 1945 and only one wing remains.

The Dutch Quarter (Holländisches Viertel) is a neighborhood in Potsdam, consisting of 134 red brick buildings in the Dutch style, almost all of which have been renovated. It was built from 1733 to 1740 and designed by Jan Bouman. It is considered as Europe's largest collection of Dutch-style houses outside the Netherlands.

Located at 52.4028, 13.0611 (Lat. / Lng.), about 0 miles away.
Wikipedia Article
Dutch architecture, Buildings and structures in Potsdam, Visitor attractions in Potsdam

The Garrison Church was a Baroque church in Potsdam, eastern Germany. It was built under the second Prussian king Friedrich Wilhelm I. between 1730 and 1735. During World War II, the church burned down on 14 April 1945. The ruin was demolished on 23 June 1968 by the SED leadership under Walter Ulbricht. A reconstruction society aims to rebuild the Garrison Church by 2017, financed with donations.

St. Nicholas' Church in Potsdam is an Evangelical church on the Alter Markt ("Old Market Square") in Potsdam. The central plan building in the Classicist style and dedicated to Saint Nicholas was built to plans by Karl Friedrich Schinkel in the years 1830 to 1837. The tambour of the 77 metre high church that towers above the roofs of the city was built later, from 1843 to 1850. Its construction was taken over by Ludwig Persius and, from 1845, Friedrich August Stüler.

These districts belong to Potsdam.

These are districts that are close by, but belong to a different city than Potsdam.

These are some bigger and more relevant cities in the wider vivinity of Potsdam.